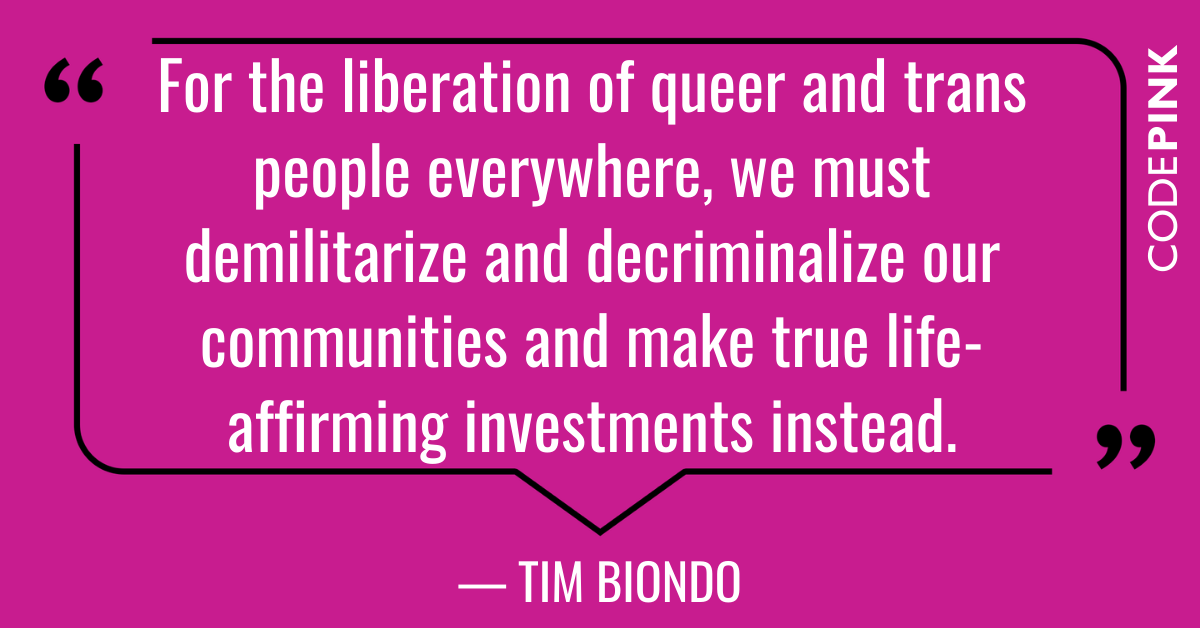 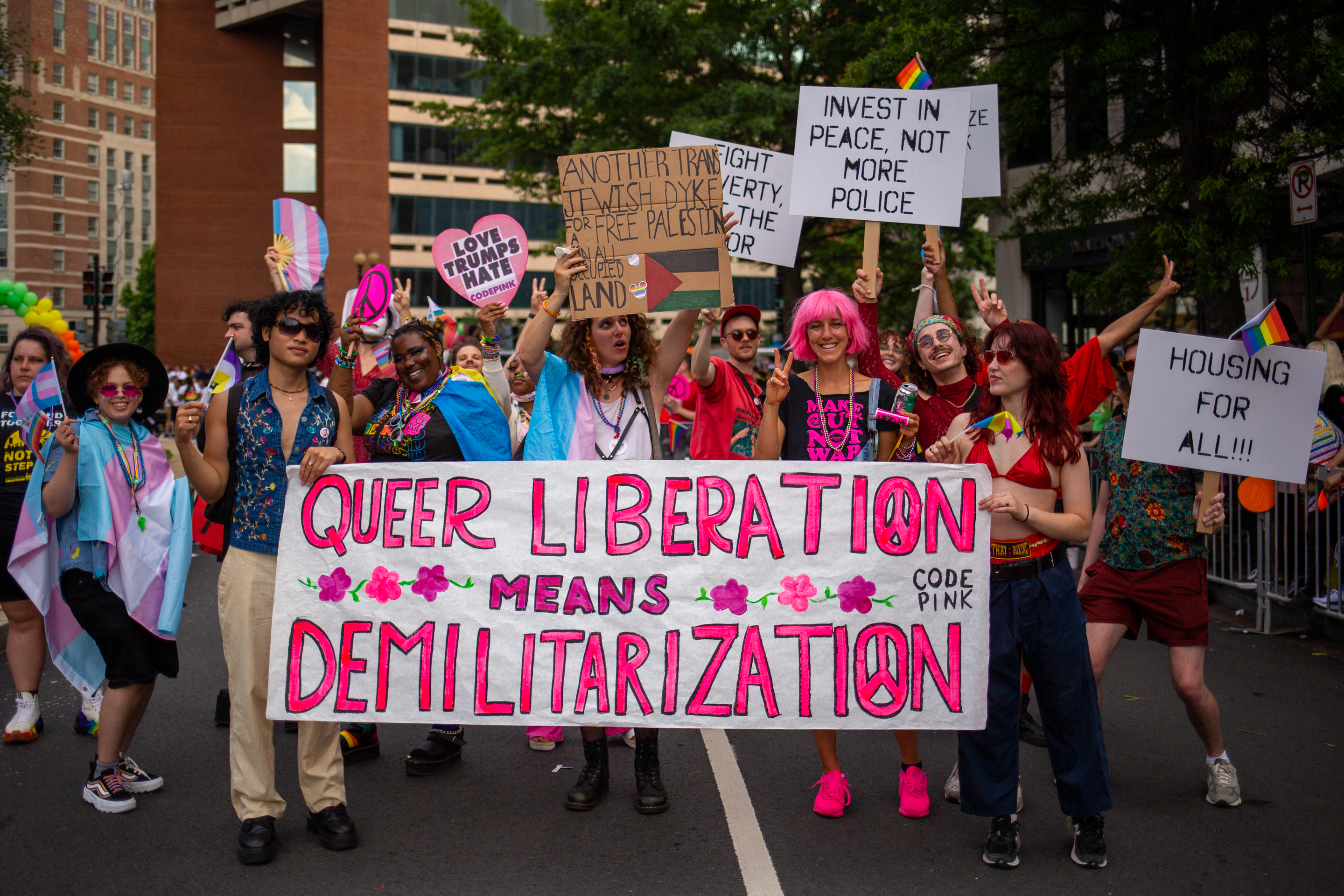 No pride in War! CODEPINK joined local organizers in the Capital Pride Parade 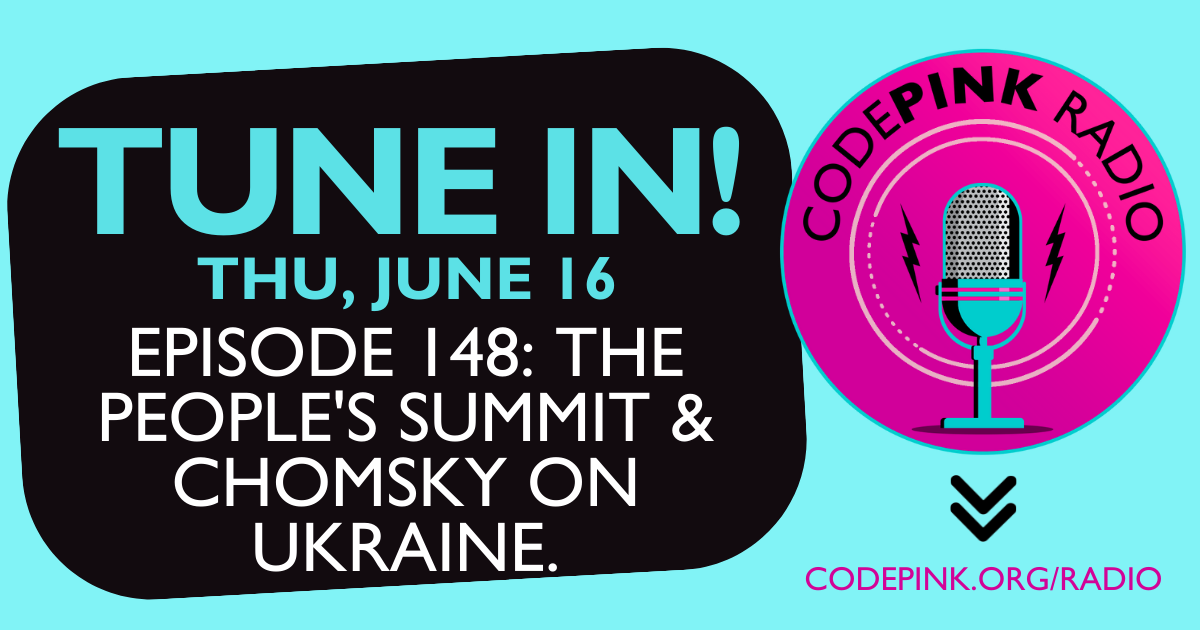 Episode 148: The People's Summit & Chomsky on Ukraine. In this episode, we take you to the People's Summit in Los Angeles, a counter-narrative to the US Summit of the America's, boycotted by Mexico's president and other Latin American heads of state. At the People's Summit, CODEPINK co-founder Medea Benjamin welcomes grassroots ambassadors from the Global South and calls for the abolishment of the Organization of American States. In the second half of our show, renowned linguist, author and anti-war voice Noam Chomsky slams US media for censoring debate over weapons shipments to Ukraine while silencing voices for negotiation.

WTF is Going on in Latin America & the Caribbean: Voices for an Inclusive Hemisphere

CODEPINK is getting ready for Poor People's Campaign Assembly to highlight the connections between war and poverty! Join us June 18 in DC!

📣 Open the People’s House to the PEOPLE!

We kicked off our actions for @UniteThePoor’s Poor People’s Assembly by taking to the streets outside of the Rayburn House office to demand Congress reopen to the public so that we can visit our Reps & attend hearings! #MeetUsInDC pic.twitter.com/UdiTIlK4jk

The world should never forget #JamalKhashoggi. It’ll be a lot harder for the Saudi embassy in DC to forget now that Jamal Khashoggi Way is right outside. This was an important step towards real accountability for Khashoggi’s killers. Thank you to everyone who made it happen. pic.twitter.com/G8o3O6m96U

We arrived in Havana with medicines to help 8 Cuban children get liver transplants. Thank you to all who contributed to @Puentesdeamor1 and @codepink for this beautiful campaign. Now let’s end the blockade and #LetCubaLive pic.twitter.com/fjo1So0RuE