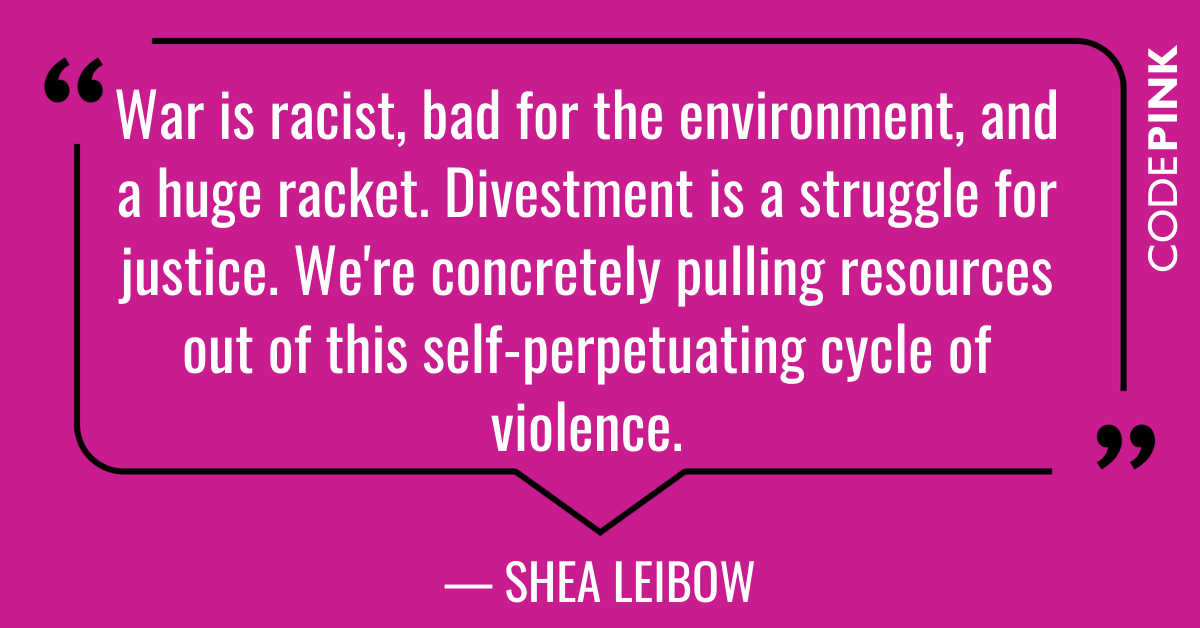 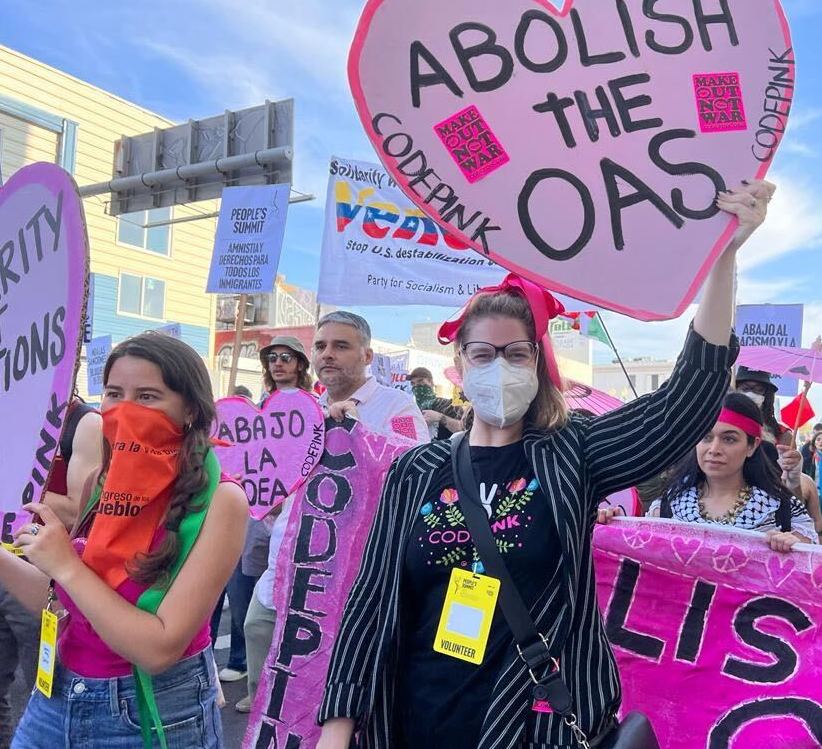 This week was the last week of Emily Dorrel as our Social Media Manager --- she's been incredible and she will be very missed! 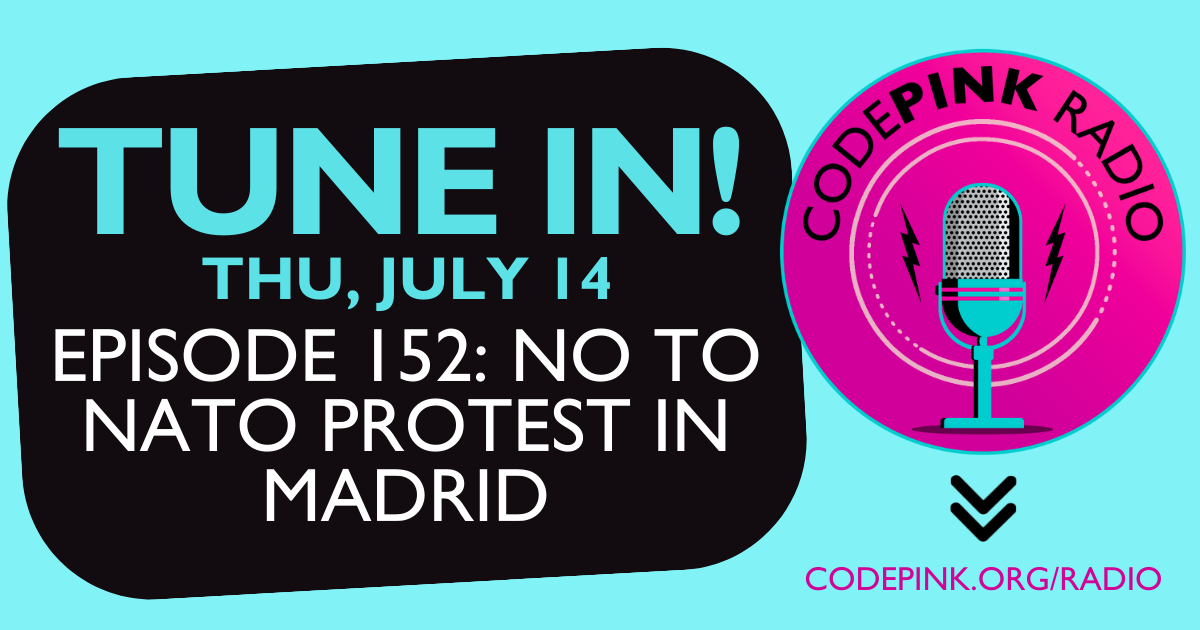 Episode 152: No to NATO Protest in Madrid: In this episode of CODEPINKRadio, Marcy Winograd interviews CODEPINK activists Colonel Ann Wright and Paki Wieland about their participation in the NO to NATO protests in Spain. Wright and Wieland joined thousands of demonstrators calling for the dissolution of the North Atlantic Treaty Organization in the days leading up to the NATO summit in Madrid. Protesters say NATO expansion threatens to destabilize the world and call on the US and other NATO countries to support diplomacy, not escalation--not more weapons--to resolve the war in Ukraine.

At the summit, NATO members agreed to expand their high-readiness troops--those ready to go to war at any moment on land, in the air or the sea--from under 50,000 to 300,000, declared Russia a "direct threat" and labeled China "a security challenge." CODEPINK guests Wright and Wieland explain why they view NATO as the real threat to world peace.

WTF is Going on in Latin America & the Caribbean: Tell the White House Cuba is not a Sponsor of Terror with guest Medea Benjamin

War is racist, bad for the environment and a huge racket. Divestment is a struggle for justice. We're concretely pulling resources out of this self-perpetuating cycle of violence." –@shea_leibow, @codepink pic.twitter.com/NLHDB3tWCM

Young organizers (@DivestMike) have forced their representative to

My statement in Madrid on No Cold War on China or any nation...instead work for friendship and non-killing resolution of disputes!! @codepink @MsJodieEvans @marcywinograd @VFPNational https://t.co/6ATyIeWKad