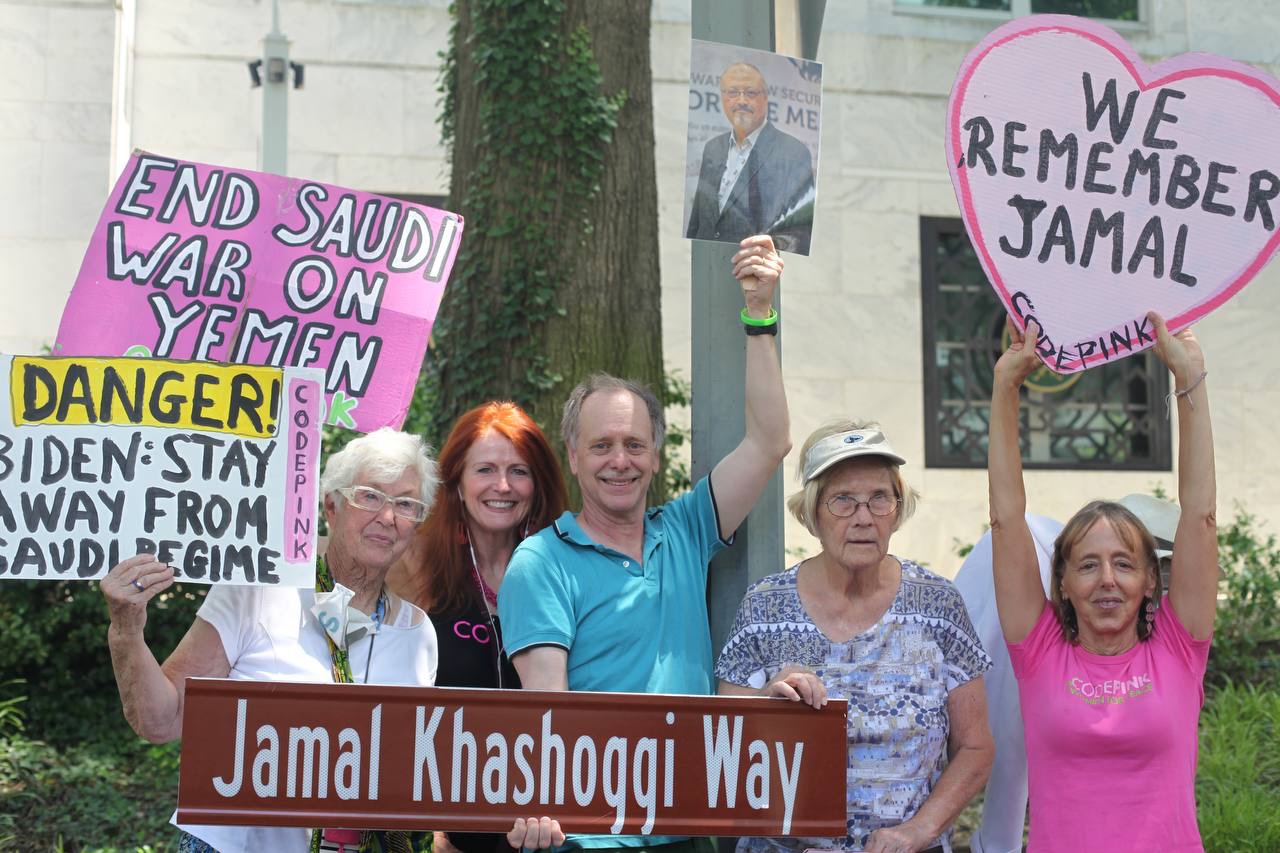 Joe Biden is visiting Saudi Arabia and Israel, two countries whose governments have made headlines for murdering journalists.

The press in the United States has scrutinized the trip for how it lets the kingdom of Saudi Arabia off the hook for the high-profile murder of Washington Post columnist Jamal Khashoggi. Though Israel has received less scrutiny for its history of targeting journalists, the government recently faced pushback from international media after its military’s targetted assasination of Shireen Abu Akleh, a trailblazing Palestinian journalist for Al Jazeera and an American citizen.

This trip demonstrates that while officials of the Biden administration often pay lip service in support of press freedom, they will let governments off the hook for high-profile murders of journalists if those governments help the United States maintain regional influence. It may be hard for some to admit that the U.S. government disregards press freedom in order to maintain international power, but for those of us who have been following the trial of Julian Assange, it comes as no surprise.

The U.S. government has waged a campaign to silence and torture Australian journalist and WikiLeaks founder Julian Assange ever since he published evidence of U.S. war crimes in Iraq and Afghanistan in 2010. These attacks began during the Obama administration and escalated dramatically under the Trump administration. Infamous for its contempt for press freedom, the Trump administration indicted Assange on never-before-seen charges for publishing and began the process to extradite Assange from the United Kingdom – where he is currently imprisoned – to the United States to be tried under the Espionage Act. Even though just about every major human rights and press freedom NGO as well as leading newspaper editorial boards have warned that extradition would set a dangerous precedent against international press freedom and the first amendment in the United States, the Biden administration has continued to pursue extradition. This is a move that even Obama - whose administration waged a war on whistleblowers - chose not to make due to its implications for press freedom.

Extradition would set the precedent that any journalist can be punished by the U.S. government for publishing truthful information that embarrasses the United States.

U.K. Home Secretary Priti Patel has approved extradition and Assange’s legal team has filed its High Court appeal to stop the extradition. Time is running out for journalists in the United States to speak up before this attack on our rights is finalized.

The actions of both Trump and Biden towards the press have made it much more dangerous to be a journalist within the United States. During the Black Lives Matter protests of 2020 police across the country targeted journalists, injuring and arresting hundreds of reporters. Though this large scale targeting of press occurred during Trump’s presidency, similar police attacks on journalists recently took place during protests for abortion rights last month. Rather than address this violence from government forces against the press, Biden urged protesters not to be violent.

Biden is demonstrating with his trip to Saudi Arabia and Israel and with his lack of response to police attacks on press within the United States that he takes no issue with emboldening attacks on press freedom. Since the Biden administration cannot be counted on to defend the rights of journalists as a principle, it is essential for the public to become louder and more organized in support of press freedom. In order for such public demand to grow, journalists must do a better job showing solidarity with our colleagues, especially Julian Assange whose persecution has been enabled by silence from journalists within the United States.

U.S. news outlets must clarify to the public the stakes of an extradition of Julian Assange. For too long, many journalists in the United States have been far too passive as our government enables violence and repression against the press. Now is the time for us to fight these attacks, and that fight depends on freedom for Julian Assange.

Sam Carliner is a writer and CODEPINK's Weekend Social Media Manager.
You can follow him on Twitter.