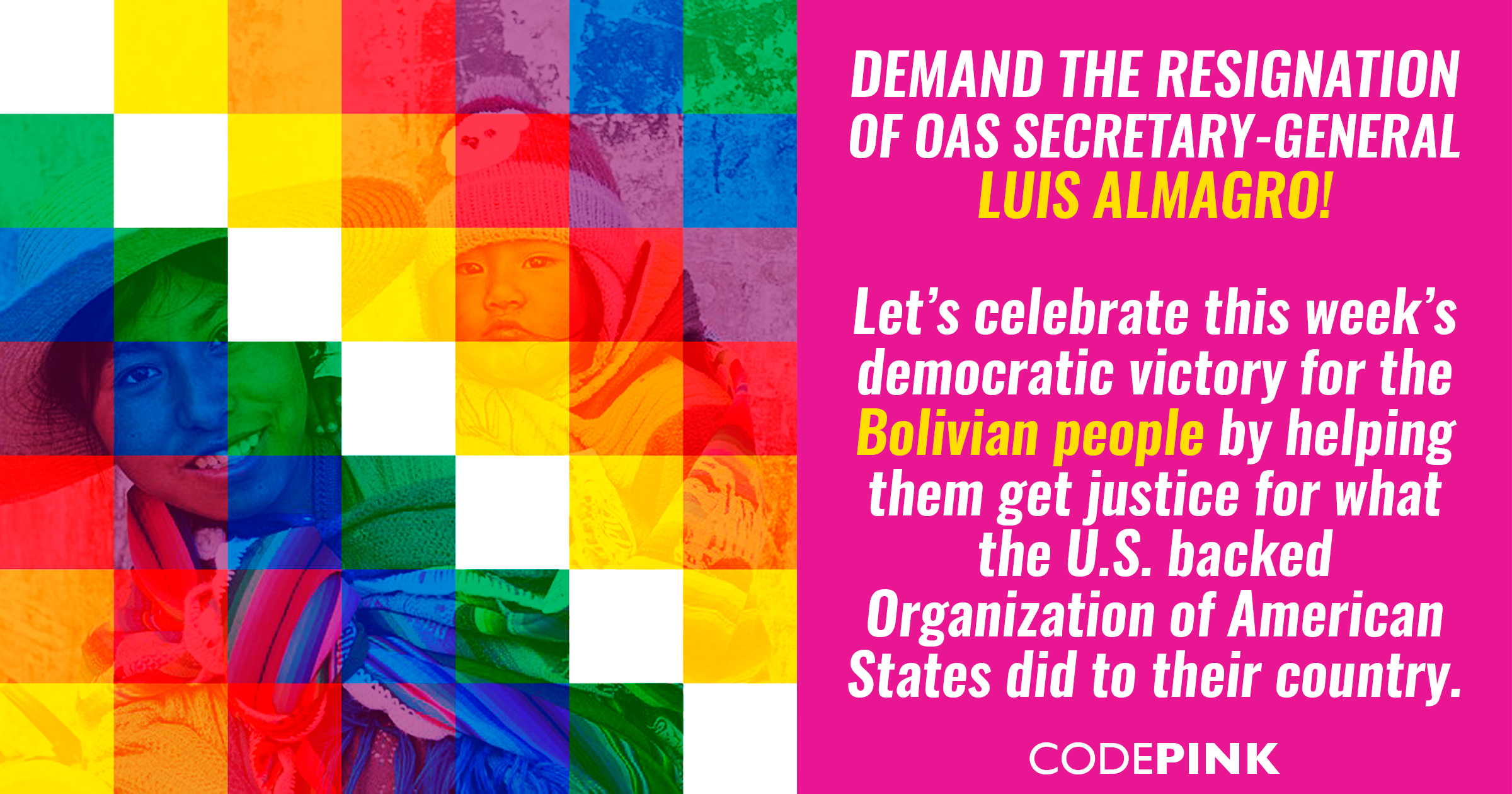 I am writing from Bolivia, where I came to observe the elections held this past Sunday as part of a CODEPINK delegation. Luis Arce, the MAS (Movement for Socialism) party candidate supported by former president Evo Morales, has won!

One of the main reasons CODEPINK sent an electoral observation mission to Bolivia was because of what happened last year with Bolivia’s elections, when the Organization of American States (OAS) undermined the vote, leading to a coup, an authoritarian regime, and massive human rights violations.

As we celebrate this democratic victory by the Bolivian people, we must also help them get justice for what the OAS did to their country. Demand that OAS Secretary-General Luis Almagro resign now!

Last year, a day after the elections in which Evo Morales was declared winner, Almagro released a statement casting doubt on the electoral process due to an "inexplicable change in trend [of election results]." Not long after, the Center for Economic and Policy Research (CEPR) denounced the OAS’s faulty analysis, noting that the trend didn’t change — it grew normally as a result of rural votes coming in. CEPR later realized that the OAS report used timestamps that were sorted alphabetically rather than chronologically. A coding error led to chaos and two massacres in Bolivia!

In Sunday’s elections, the people of Bolivia voted against fascism and neoliberalism, and for peace and equality. I have seen people cry tears of joy for this victory, but have also seen pain and rage in their eyes when remembering the difficulties of the past year. I believe that OAS Secretary-General Almagro has blood on his hands. He should be held accountable for the coup and the resulting extrajudicial executions and massacres in Bolivia. Join us in demanding his resignation!

The OAS is mostly financed by U.S. taxpayers — 60% of its budget comes from us. That means that our congresspeople have a duty to oversee the OAS and investigate the role it played in paving the way for a military coup. Almagro has refused to answer questions from Congress, but if we keep the pressure on, he’ll feel it.

After having seen the coup leaders’ police forces burn the Whipala (the colorful flag that represents Andean indigenous peoples), I am in Bolivia today, watching it wave again thanks to the determination of the Bolivian people. Now, let us help them close this dark era of their history and prevent Almagro from doing more damage in other Latin American countries. 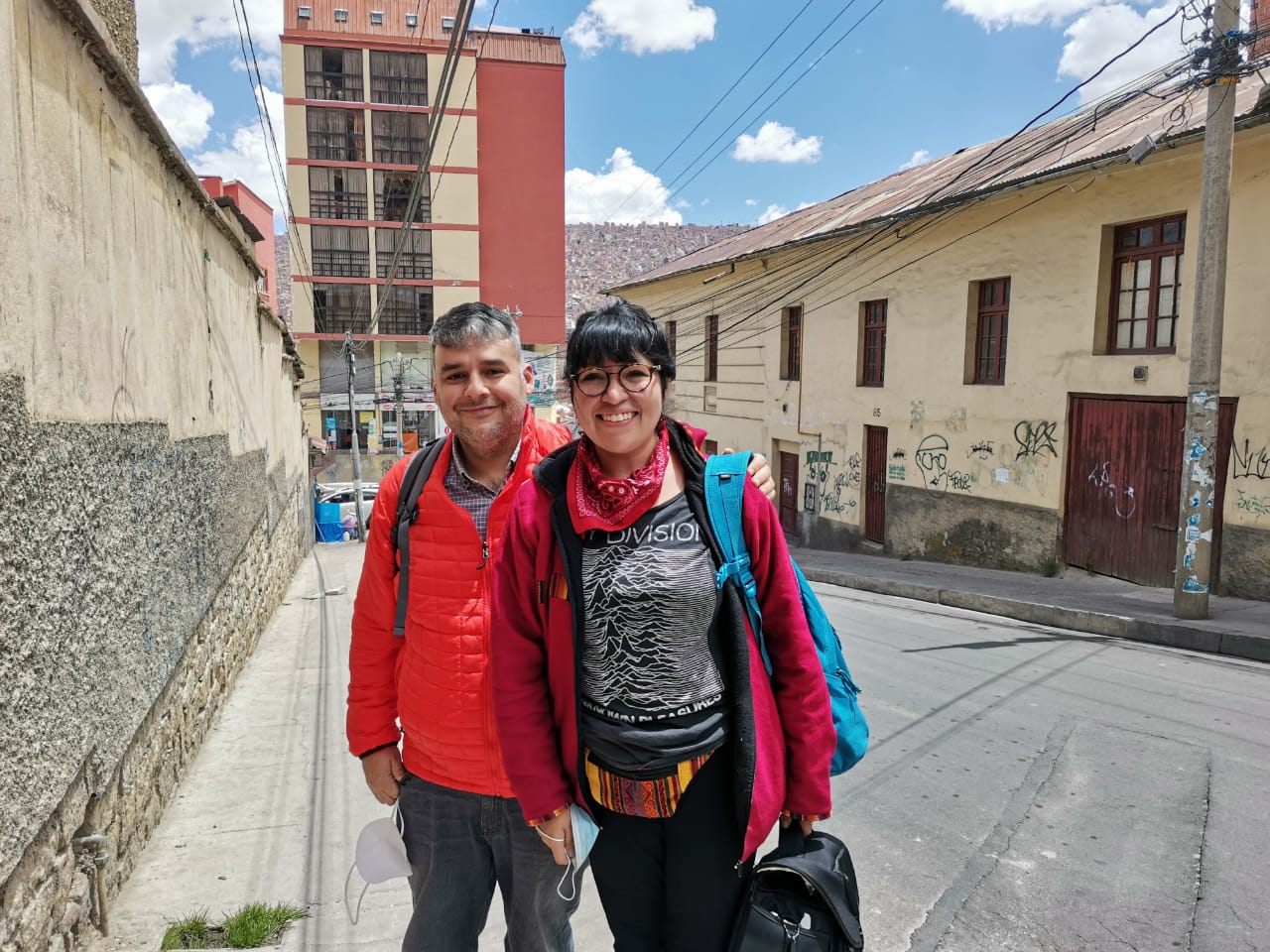 Alina Duarte and me in La Paz, Bolivia as part of a CODEPINK delegation to observe the country’s presidential elections.

In solidaritywith the people of Bolivia,
Leonardo, Michelle, Teri and Medea