What we did outside BlackRock this morning! 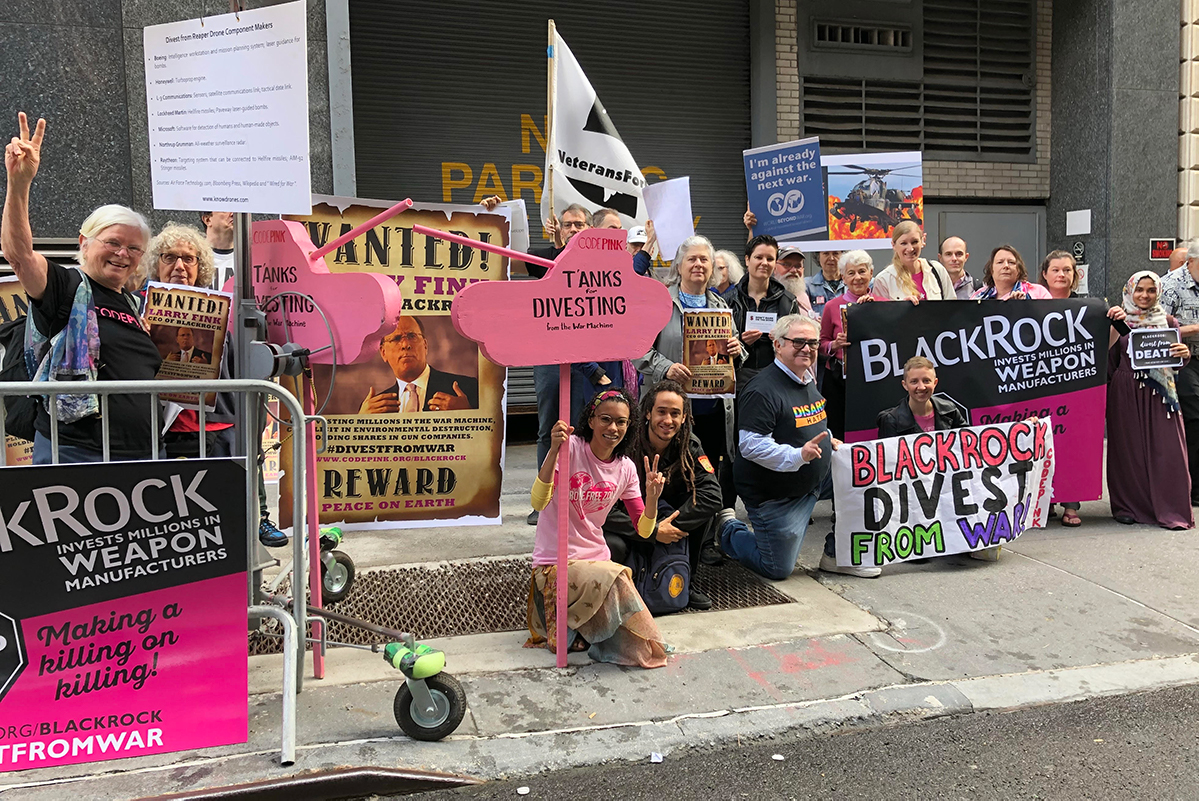 BlackRock, an enormous financial institution that profits from violence and war, is holding its shareholder meeting in Manhattan today. We were there. As shareholders filed into the meeting, they were greeted both on the street outside and inside the lobby of the hotel with the demand that Blackrock divests from war. Now, we need your help in sending a message to BlackRock: Stop investing in companies that sell weapons used in war and violence around the world. Stop making a killing on killing.

Join us in calling out BlackRock today by signing this petition and sending them a tweet.

In Yemen, BlackRock invests in weapons that are being used to produce the world’s worst humanitarian crisis. It rakes in billions while Yemeni children starve and die from treatable diseases caused by endless conflict. In Palestine, Blackrock invests in Elbit drones that fly constantly over Gaza. As Israel's largest weapons company, Elbit has played a major role in all of Israel’s massacres in Gaza. As Elbit profits from Palestinians’ suffering, so too does Blackrock.

BlackRock’s annual shareholder meeting is today. We need your help in sending this message to BlackRock: Stop investing in companies that sell weapons used in war and violence around the world. Sign our petition and tweet them.

The time is now. Take a stand with us and demand that BlackRock #DivestFromWar and stop making a killing on killing! 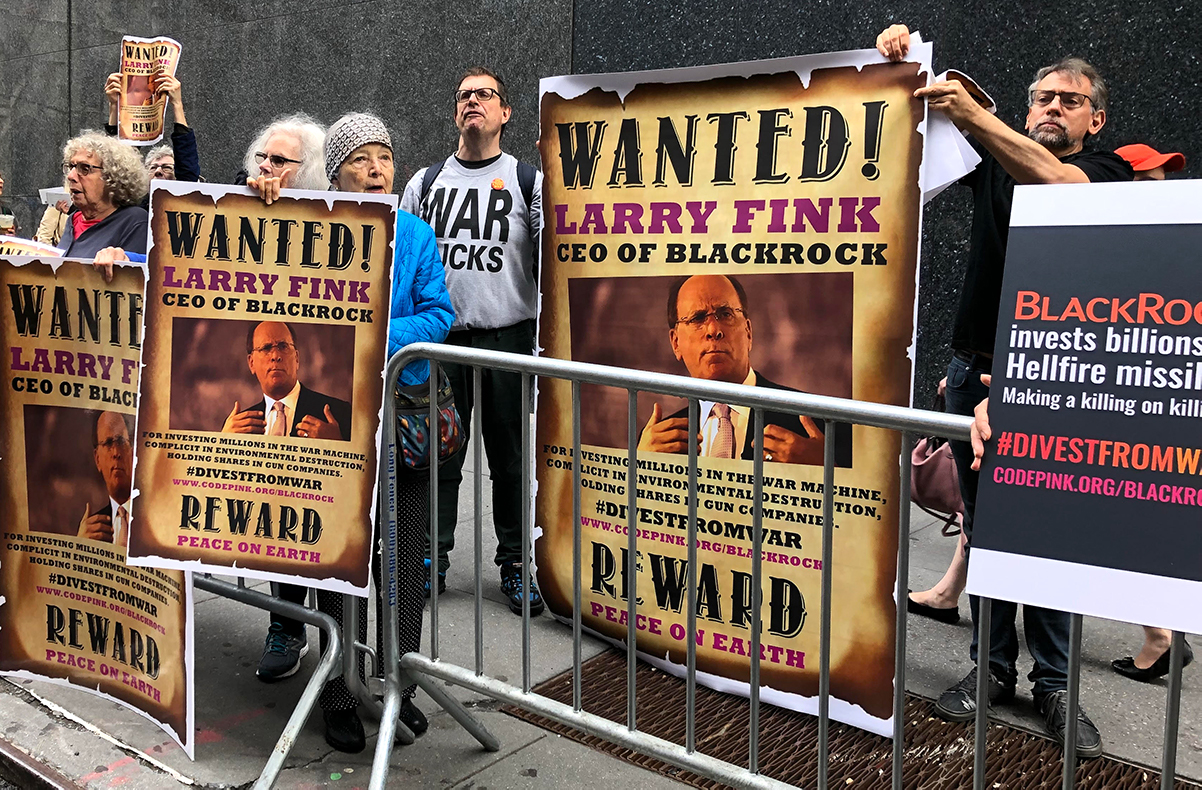