Three Things You Can Do Before April 13 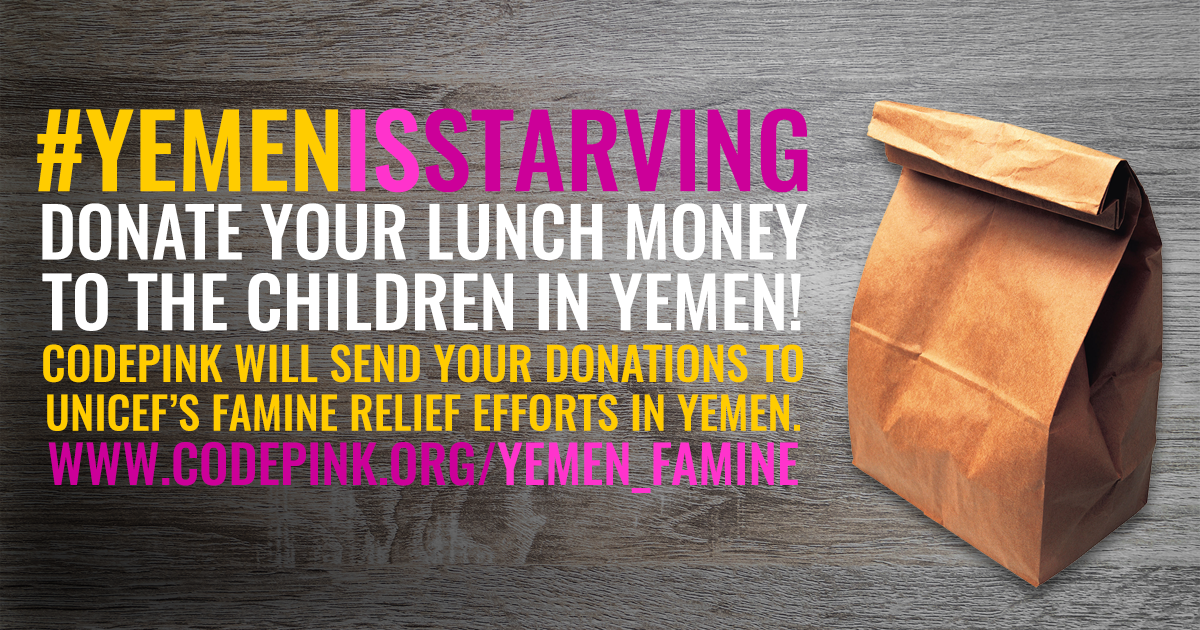 It has been three years since Saudi Arabia started bombing Yemen. The degree of destruction and starvation that has resulted is beyond comprehension. Over 400,000 Yemeni children are suffering from severe acute malnutrition, and a child dies every 10 minutes from the combined effects of war, hunger, and the lack of medical facilities.

In February, the UN launched a humanitarian appeal calling for $2.1 billion for Yemen. But so far only 7% of the appeal has been funded.

Help Save Lives in Yemen by Skipping Lunch and Offering Your Lunch Money or More!

Skip lunch on April 13 and offer your lunch money to feed the starving people in Yemen! We will pass your donations to UNICEF to be earmarked to help the Yemeni children.

Join the Fast for Yemen! 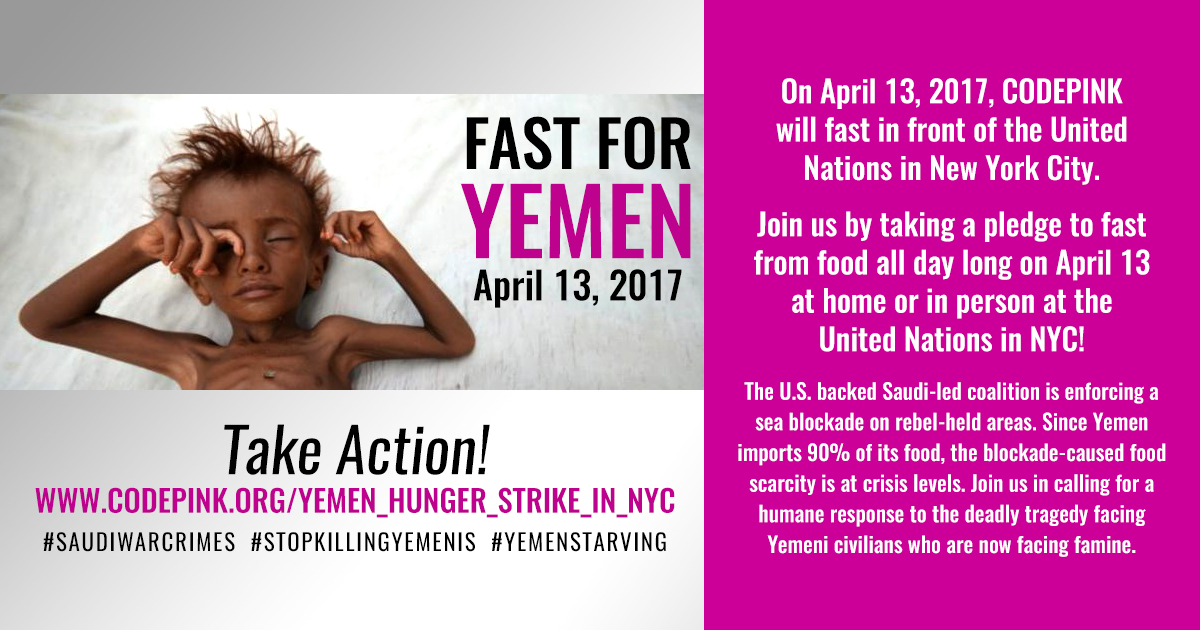 Take a pledge to fast from food all day long on April 13 in solidarity with Yemen. Fast for Yemen at home or join us and others fasting at the Isaiah Wall, United Nations headquarters in NYC! 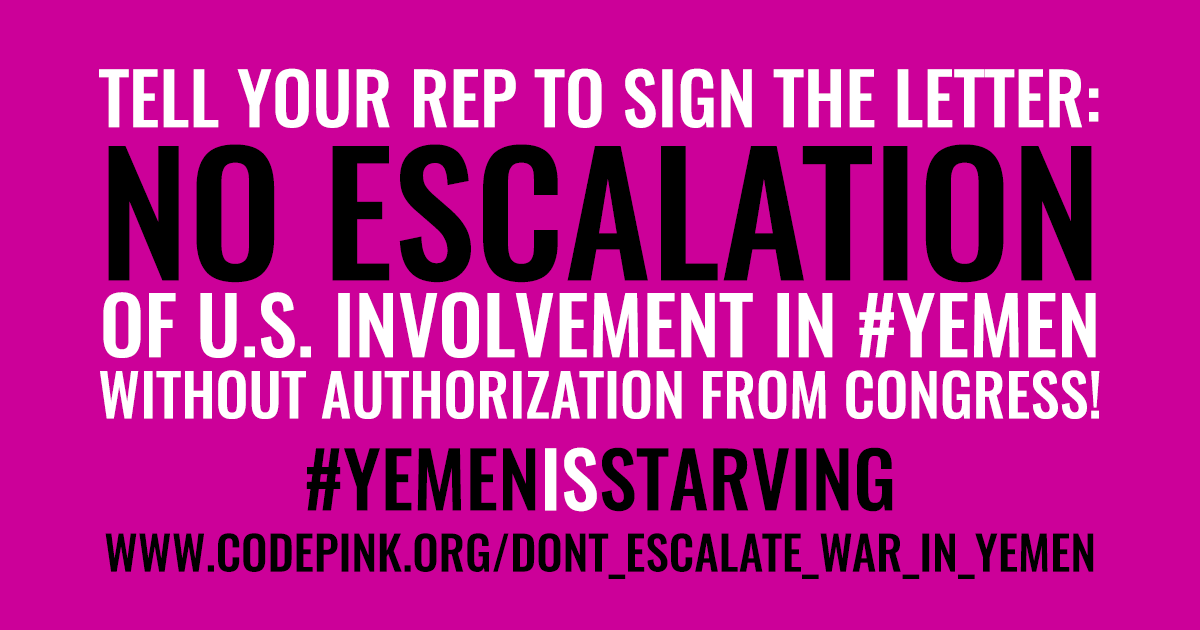 It was bad enough that President Obama was supporting the Saudis in their military intervention in Yemen. But now President Trump is increasing that support—selling more weapons and providing greater logistical support. Further escalation of the war in Yemen will mean even more death and hunger for the Yemeni people. Concerned with this, Representatives Pocan (D-WI), Amash (R-MI), Lieu (D-CA), and Jones (R-NC) introduced a bipartisan letter trying to stop Trump from escalating U.S. involvement without authorization from Congress.

Tweet and call your Representative and ask them to sign the bipartisan letter to prevent escalation of war in Yemen!

And don't forget to donate your lunch money and/or pledge to fast on April 13 to help the people of Yemen!

P.S. Two spots have opened up for our almost sold-out trip to Iraq/Kurdistan in May. Click here to join us!