Is ‘The Daily Show’ a Fool or a Tool of War? 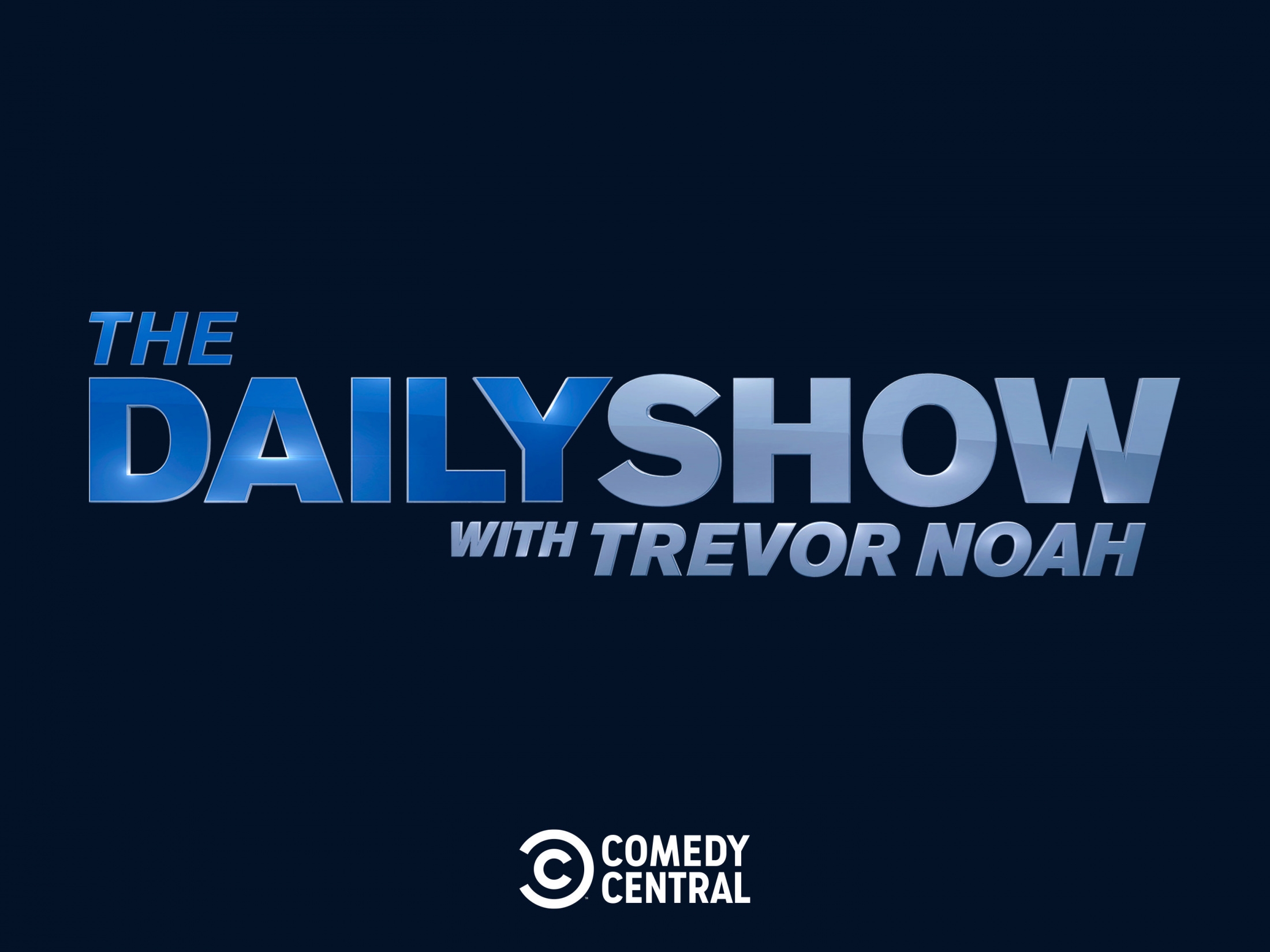 By: Allison Lau and Lauren Gonitzke

In mid-December 2021, South African comedian Trevor Noah used The Daily Show to target China when he aired a segment titled “Why China Is in Africa.” While this segment was advertised as an informed, nuanced overview of the complex international relationship between China and many African states, it mainly reinforced the debunked myth of “debt-trap diplomacy” to its American audiences, ending with a throwaway line about #StopAsianHate.

The myth of “debt-trap diplomacy” claims that China is using its financial resources to ensnare African countries, coercing them to hand over their natural resources at lower prices. In a recent interview with CODEPINK, Mikaela Nhondo Erskog, an educator and researcher, explains why Noah had such a disappointing take: “It was [former U.S. Secretary of State Mike] Pompeo who coined the term, or popularized it, the Chinese ‘debt trap,’ and… it is disappointing that there was no effort to look into the multiple available sources who give extensive detailing of how this is a myth.”

As part of the Comedy Central roster, The Daily Show describes itself as “an Emmy- and Peabody Award-winning program that looks at the day’s top headlines through a sharp, reality-based lens.” Noah and “The Daily Show” are part of a larger dynasty of late-night TV and satirical comedy in America. These shows gained traction particularly during the Bush and Trump eras.

The COVID-19 pandemic has forced late-night shows to reformat from a studio sofa to a living room sofa, and changing political contexts following the election of President Biden have posed challenges to the genre. Like many other liberal media outlets, they are experiencing an audience decline following the ousting of Trump (and his easily targeted absurdities) from the presidency. For instance, in August 2021, Gutfeld!—Fox News’ “response to the left-leaning programming [of late-night television] on broadcast networks,” hosted by conservative Greg Gutfeld—overtook Stephen Colbert’s Late Show in viewers.

It’s not just the post-Trump era that has led late-night shows to adjust their formats. Young people are increasingly turning to social media for news, and the organic growth of niche political spaces on TikTok and the proliferation of political memes from across the spectrum have challenged conventional late-night comedy for entertaining political commentary. In summary: late-night TV no longer offers biting, edgy, or original analysis that draws viewers in the first place.

So what now? Is the pivot by The Daily Show to the China issue symptomatic of a larger decline in late-night television, or is it more indicative of the liberal tendency to challenge the status quo only insofar as it helps grow their viewership?

This particular Daily Show segment carries water for the U.S. war machine by jumping on the bandwagon to paint China as a villain. It seems the producers and writers believe that mimicking Trump-era State Department talking points will reclaim lost viewers.

Whatever the intent, the results are abysmal.

Noah’s predecessor, Jon Stewart, changed the late-night game when he took over The Daily Show and began to take an “overt stand” on the events and issues he presented, turning young viewers’ attention away from traditional news and journalistic sources. Other hosts such as Stephen Colbert, John Oliver, and Seth Meyers followed suit. The rise in late-night political commentary TV may be attributed to the decline in trust of the mainstream media in a post-9/11 era. They took the absurdities and tragedies of modern politics and made it funny, digestible, and easier to process—an ‘if I don’t laugh I’ll cry’ moment. These commentaries often relied on satirical caricatures of presidents, poking fun at their big personalities or scandals. This was especially the case for an already cartoonish Trump; he was a narcissistic sexual predator, riddled by scandal after scandal, and inept without a shred of self-awareness.

Underlying this political commentary, which has largely been liberal leaning, is a moral posturing absent in the more apolitical late-night of yesteryear. Such comedy has been reactive, defining itself against the conservatives such as Trump, George W. Bush and Fox News. During the Trump era, late-night TV could pose as progressive and even radical. Following George Floyd’s murder in 2020, many late-night hosts, including less political ones like Jimmy Fallon, paid tribute to Floyd and spent time elevating Black voices, addressing white privilege, and challenging police brutality. They were critiquing oppressive systems, establishing themselves on the right side of the conversation. Even in doing so, they were late to acknowledge and address this conversation, as the Black Lives Matter movement has been a public conversation for years now.

And now that the manic news cycle of Trump has ended, it’s easy to see how Biden seems downright boring by comparison within this late-night market.

Biden is exactly like his predecessors before Trump. His promise to a “return to normalcy” appealed to liberals because they wanted the U.S. to reclaim a veneer of “respectability” on the global stage, more concerned with the aesthetics of the presidency than the actual impact of the office and its policies.

The truth of the matter is that Biden has continued many Trump-era policies, with only a clean-up of their branding. For instance, the conditions at the detention centers at the U.S.-Mexico border remain horrific, but upon Biden taking office, the media started calling them “migrant holding facilities.” Anti-China rhetoric, which escalated massively during the COVID-19 pandemic under Trump, is now being followed with policy under the new administration. The U.S. Innovation and Competition Act (USICA) is a Frankenstein’s monster-like combination of several targeted anti-China bills—including the Endless Frontier Act, the Strategic Competition Act of 2021, and the Meeting the China Challenge Act that passed with bipartisan support in the Senate in June 2021.

When the main fodder for your show is taken out of office and banned from Twitter, where do you go? How do you maintain an audience’s attention span as a new generation of young people shift from traditional television to social media for entertainment? Perhaps Noah’s China segment can give us a clue. As one of the leading voices in late-night TV for social justice and racial equality, Noah’s take was disappointingly pedestrian at best, and reinforced bipartisan elite propaganda at worst. In the same CODEPINK interview as with Nhondo Erskog, Congolese activist Kambale Musavuli suggests it is likely the latter; “What Trevor Noah put in his video was definitely an equivocation, and it should not be taken as fact. He has access to this recent information, but he chose not to present it, he chose to skew the information to join the group of those who are pushing anti-Chinese sentiment around the world.”

Liberal satire (not unlike that of any other political persuasion) thrives off of making fun of chaos and ineptitude, whilst positioning itself as being on the ‘right side’ of the dialogue. There always has to be a construction of a larger-than-life, one-dimensional enemy to laugh at. Ronny Chieng playing a character representing all of “China” battling Noah as the continent of “Africa” draws a parallel to other caricatures, such as Alec Baldwin’s Trump on Saturday Night Live, or Jordan Peele’s Obama on Key and Peele. If we make it ridiculous, it’s less threatening, and gets views. However, as Nhondo Erskog points out, these satirical characterizations have real-life impacts for real-life people: “This is a moment in which to be sensitive around how we talk about China in relation to the Chinese diaspora that continues to experience extremely brutal forms of violence and abuse is a bit saddening as a person who comes from a context knowing what racism is, and how racism destroys families and destroys lives and destroys communities.” Not only does this contribute to already heightened sinophobia and racism against Chinese Americans (and other Asian Americans more broadly), but it also reinforces narratives by American elites that build popular support for U.S. aggression against China, and militarism in the Asia-Pacific that is destroying communities and ecosystems.

Does it even matter whether late-night TV portrays accurate information? One month before the 2020 election, the Guardian summed it up best: “The shows do, after all, retain huge audiences, with institutional legitimacy and social media platforms that reach millions.” Even in the lean post-Trump years of late-night audiences, these shows still have the potential and ability to shape public perception and reinforce imperialist beliefs.

Perhaps late-night TV was once the alternative to mainstream news programs for millennials, but it has lost its relevance in the social media era. These comedians are unable to capture younger audiences who have differing senses of humor and crave not only sharp critique, but meaningful analysis that doesn’t shy away from confronting U.S. imperialism and the empire.

Allison Lau is the Coordinator for the China is Not Our Enemy campaign. She earned a Bachelor’s degree from McGill University in Political Science and Psychology, and a Masters in International Development from the Global Development Institute at the University of Manchester. She currently volunteers her time as Director of Operations at Queer Toronto Literary Magazine.

Lauren Gonitzke is the Campaign Assistant for CODEPINK's China is Not Our Enemy campaign. She earned her Bachelor's degree in English Literature with a focus in Creative Writing alongside minors in both Chinese and Asian American Studies from the University of Wisconsin-Madison. Lauren has worked in various capacities including communications, community building, and education.