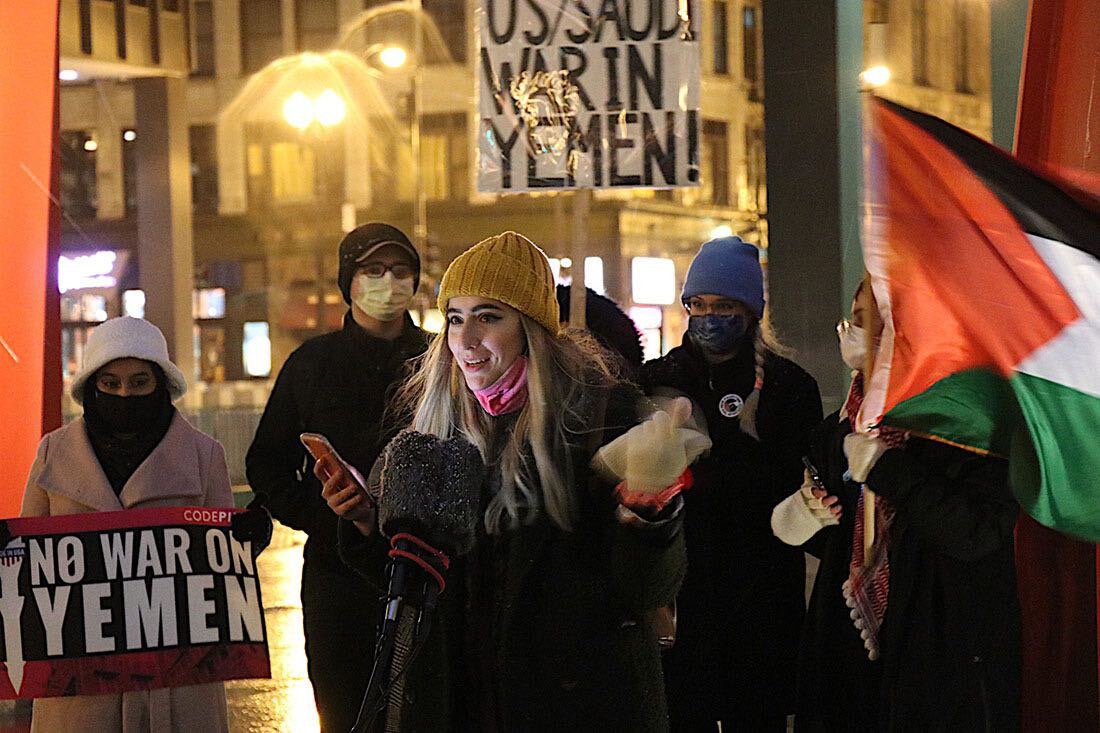 December 7, 2022 — CODEPINK joins over 100 national organizations in calling on Congress to support the Yemen War Powers Resolution. It’s been over two months since the UN-brokered truce in Yemen expired. Violence on the ground is escalating, and there is still no formal mechanism preventing a return to all-out war. In an effort to incentivize Saudi Arabia to stay at the negotiation table, the groups urge members of Congress to “bring the war powers resolutions to end U.S. military participation in the Saudi-led coalition’s war on Yemen  – led by Representatives DeFazio, Jayapal, Schiff, Mace, and Senator Sanders, and cosponsored by over 130 members of the House and Senators – to the floor of your respective chambers during the 117th Congress.

We applaud Senator Sanders for announcing he will bring this resolution to the floor for a vote in the lame-duck session and our groups are ready to support its passage.

It’s time for U.S. support for the Saudi-led coalition to come to an end.” Danaka Katovich, a national co-director with CODEPINK said. “Hundreds of thousands of Yemenis have died as a result of this war. Without a formal truce in place, the Saudi-led coalition can begin conducting airstrikes in Yemen whenever it chooses to. For years the United States has aided Saudi Arabia and the UAE in starving and bombing Yemen."