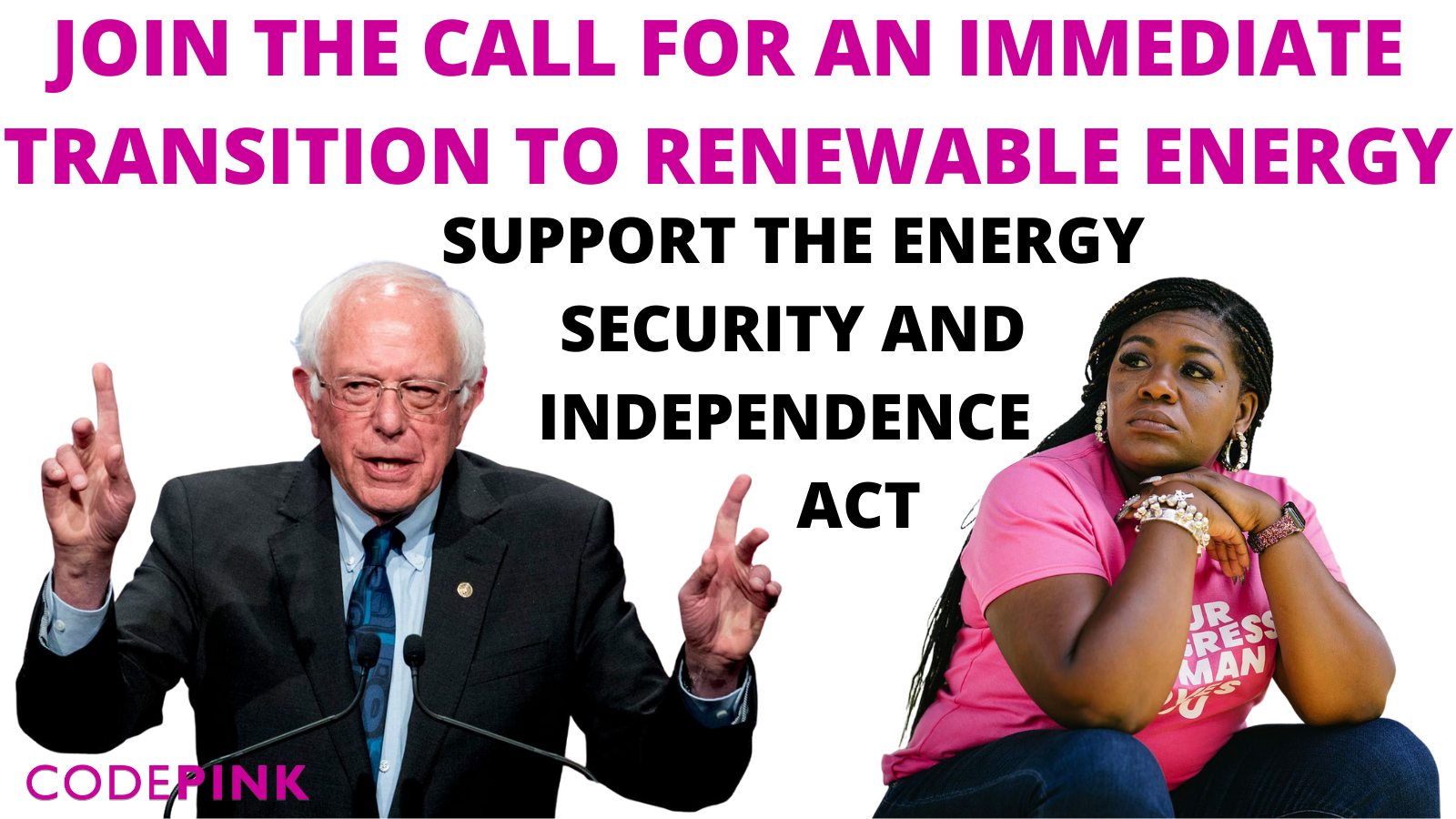 The war in Ukraine is an environmental catastrophe. Each bomb dropped, whether Russian or American — U.S. and other NATO countries have already supplied Ukraine with more than 1,700 missiles —  creates an explosive release of heavy metals and toxic chemicals. Take into account how all of the diesel fuel storage facilities that have been hit and we get a bigger picture of the devastation that will persist for years. WAR IS NOT GREEN!

In response to the war in Ukraine and US sanctions on Russia’s oil industry, rather than respond to the climate catastrophe that war is — the U.S. military is the single largest industrial polluter on the planet — President Biden has ordered the release of one million barrels of oil per day from the U.S. strategic reserves and called for more drilling on federal lands. Now is not the time to double down on militarism and fossil fuels, but to transition to a green peaceful economy. To do that, Senator Bernie Sanders, Representative Cori Bush, and Representative Jason Crow have introduced the Energy Security and Independence Act to allot a portion of our military dollars to transition to 100% renewable energy.

Tell your representatives in Congress to join Sanders, Bush, and Crow for the people, the planet, and a future! Ask your reps to co-sponsor these bills.

If you are not a US resident, take action here instead.