War Is Not Green 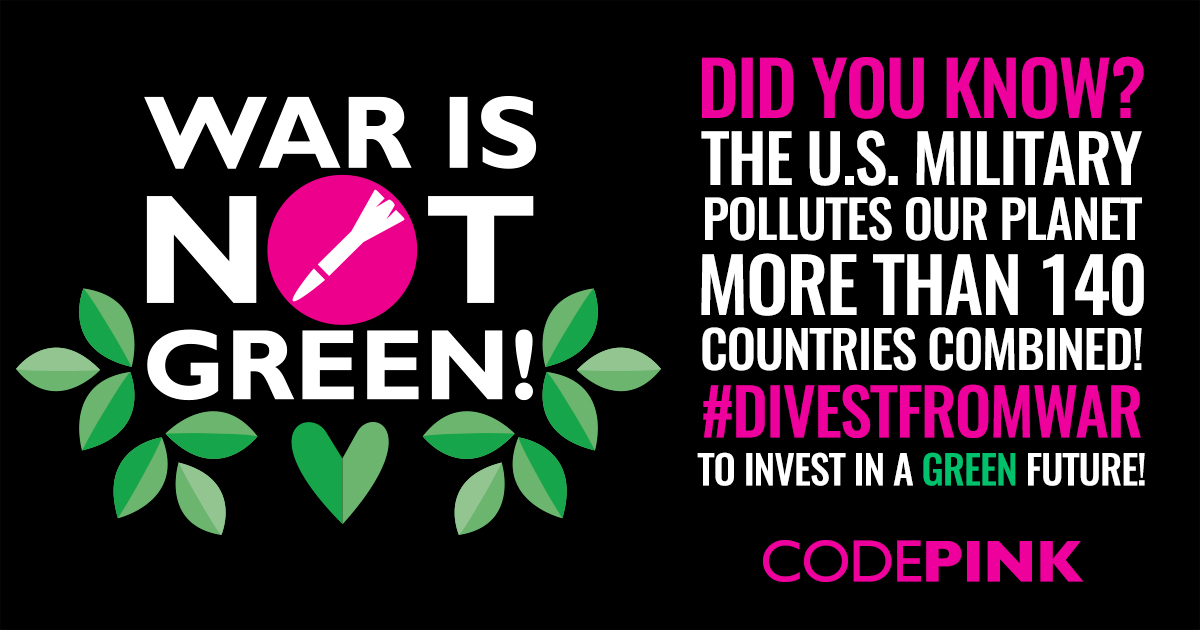 Addressing the climate crisis is one of the most important challenges of our time. The U.S. military is the world’s largest consumer of oil and causes more greenhouse gas pollution than 140 nations combined. Yet 64% of our discretionary spending is siphoned off to the Pentagon every year and the private weapons companies that the Pentagon contracts with continue to place their short term profit above the future of our planet. Funding endless war is an existential threat to human life and one of the leading causes of climate change.

When our public institutions invest public money in weapons corporations like Boeing, Lockheed Martin, Raytheon, General Dynamics, and Northrop Grumman, they are underpinning the war machine that draws public dollars away from projects that benefit our communities and puts them instead into an already bloated defense budget. Moreover, those same weapons are a major factor in conflicts that lead to migration by asylum seekers.

A movement to divest from the war machine will remove the social licenses that allow weapons corporations to literally make a killing on killing, and the Pentagon budget to increase annually even when our military budget far-outpaces the military budgets of all other nations.

The opportunities for divestment from the war machine abound. Cities, public pension funds, and university endowments invest public dollars in private corporations that often include weapons corporations, and elected public servants often accept campaign contributions from weapons makers. Together we can demand that they divest, that it is morally unacceptable to build our communities on top of global conflicts, and at the same time we must demand that we instead invest our public resources in projects that positively impact our communities, starting first with a rapid response to the climate crisis that is exacerbated by endless wars.

If we’re going to avert a climate disaster, we have to hold companies like BlackRock, which invests billions of dollars in weapons manufacturers and millions in companies fueling the deforestation of the Amazon rainforest, accountable. And if we want to drastically reduce our carbon emissions, we have to demand that our universities divest their endowments from weapons manufacturers, that our cities divest public dollars from weapons corporations, and that our elected officials refuse campaign contributions from weapons makers.

1. Take Action for a #PeacefulGreenFuture by…. 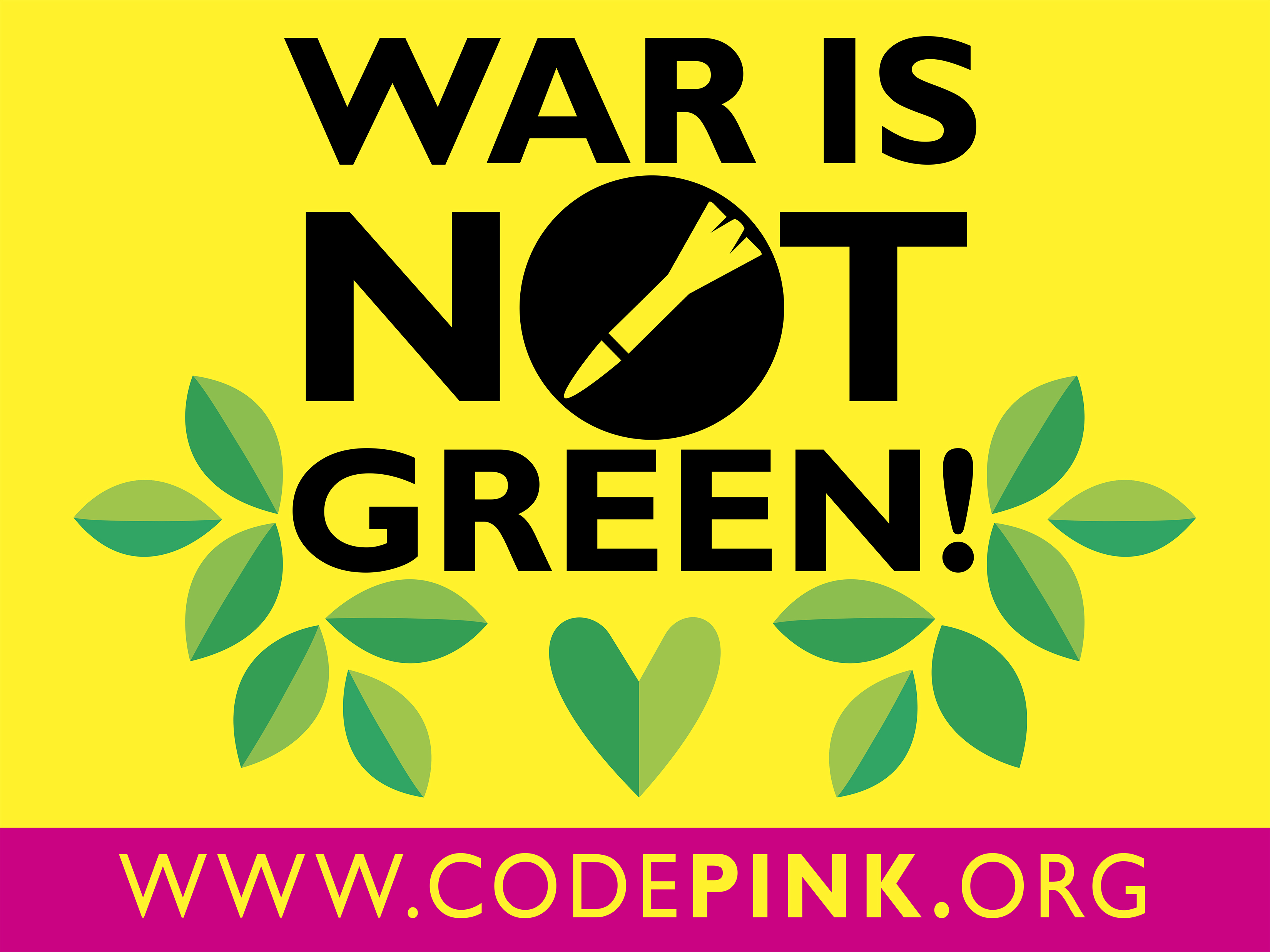 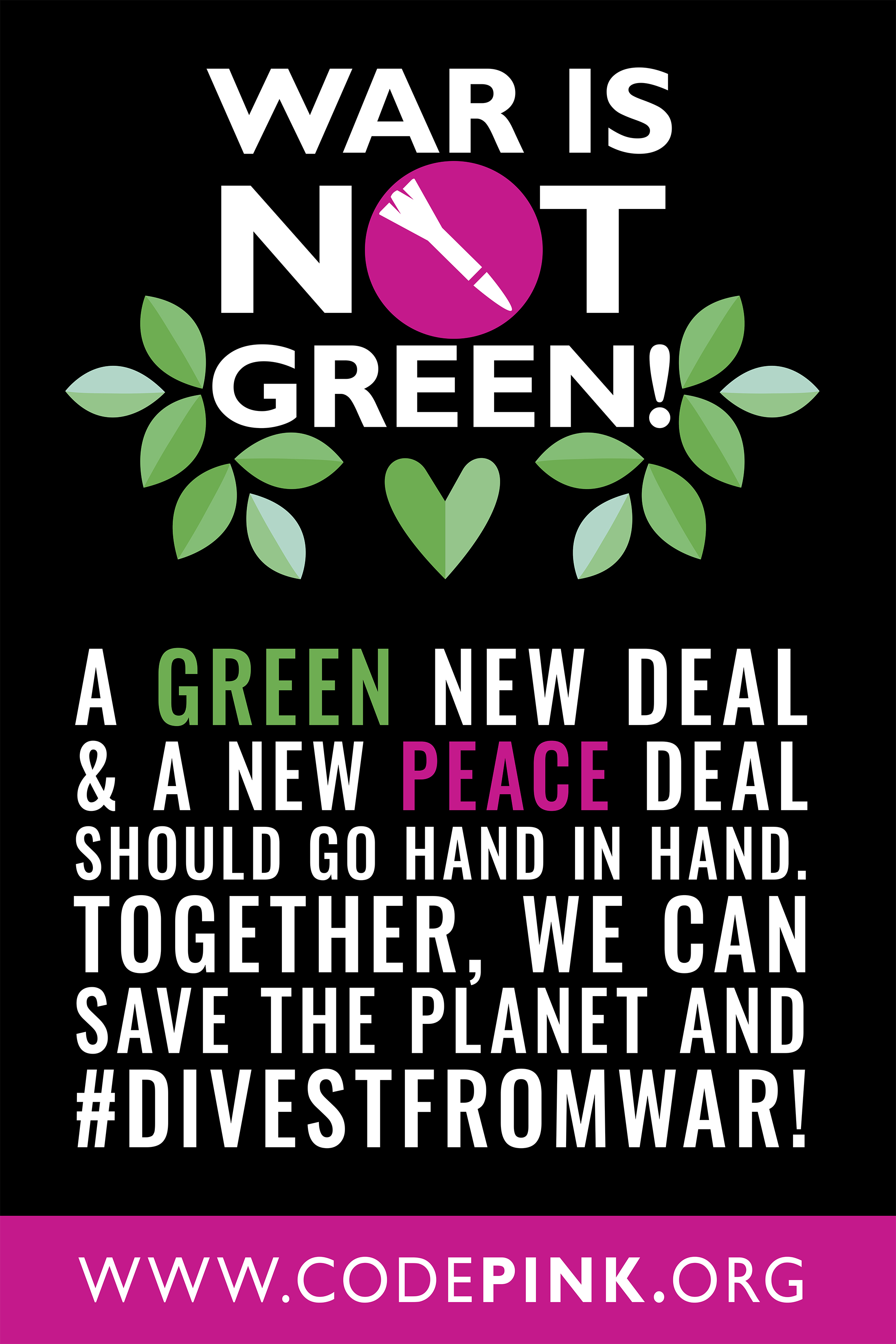 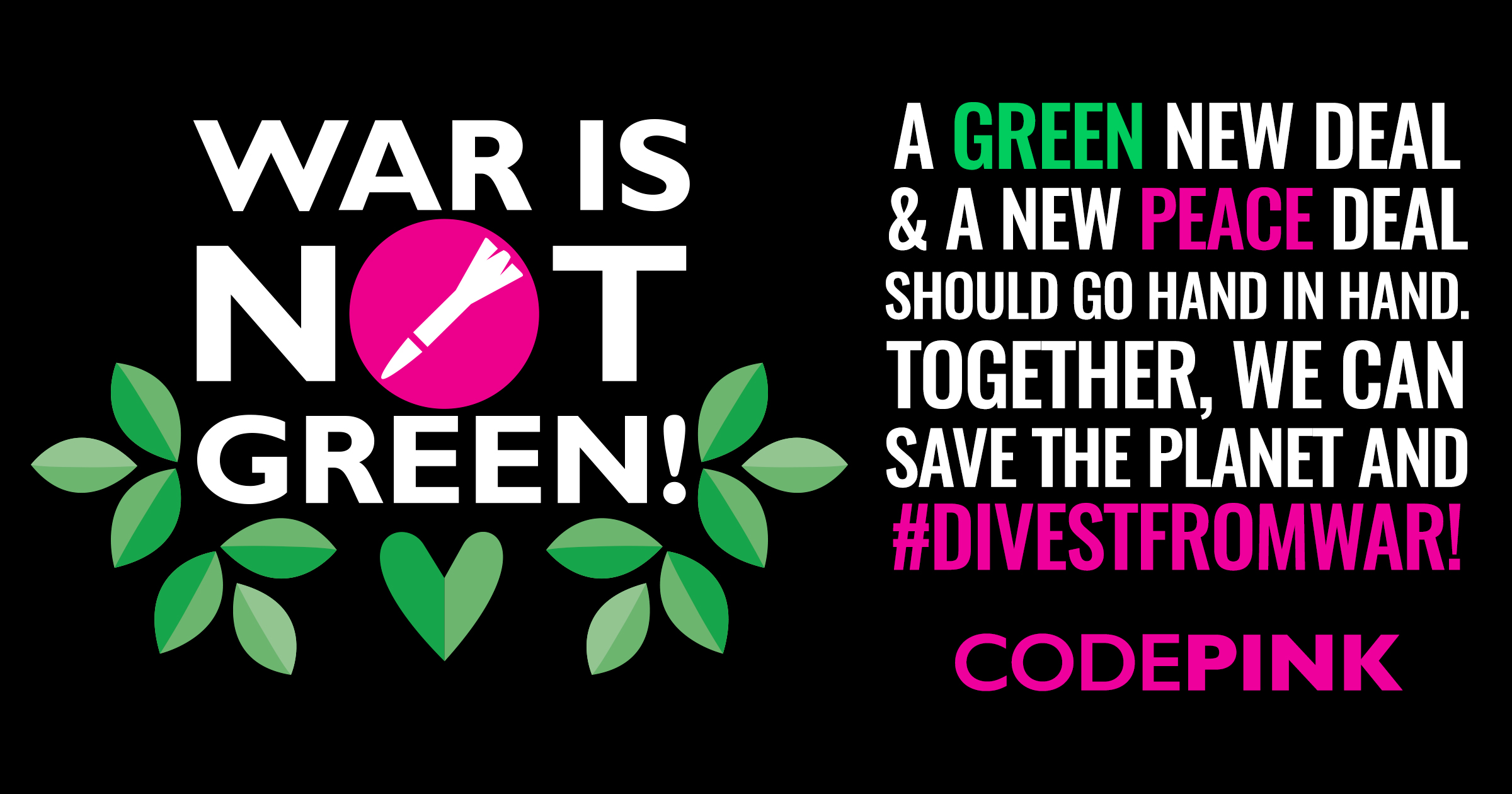 WAR IS NOT GREEN DIVEST

Join us in demanding that the 20 giant 79-year-old leaking jet fuel tanks that are embedded in Red Hill above Pearl Harbor Naval Base should be emptied and shut down to prevent any...

No War, No Warming. Stop military greenwashing! Tell your congress member to join in and support Barbara Lee’s legislation!

BlackRock: Disarm for the Planet

Tell BlackRock execs: If you are serious about the environment, you must have zero investments in nuclear weapons leading up to the COP26 climate talks in Glasgow, Scotland.

COP26: Disarm for our Planet & Peace

Join me in asking world leaders to put militarism on the table at @POTUS’ #WorldClimateSummit! #SocialMediaToolkit