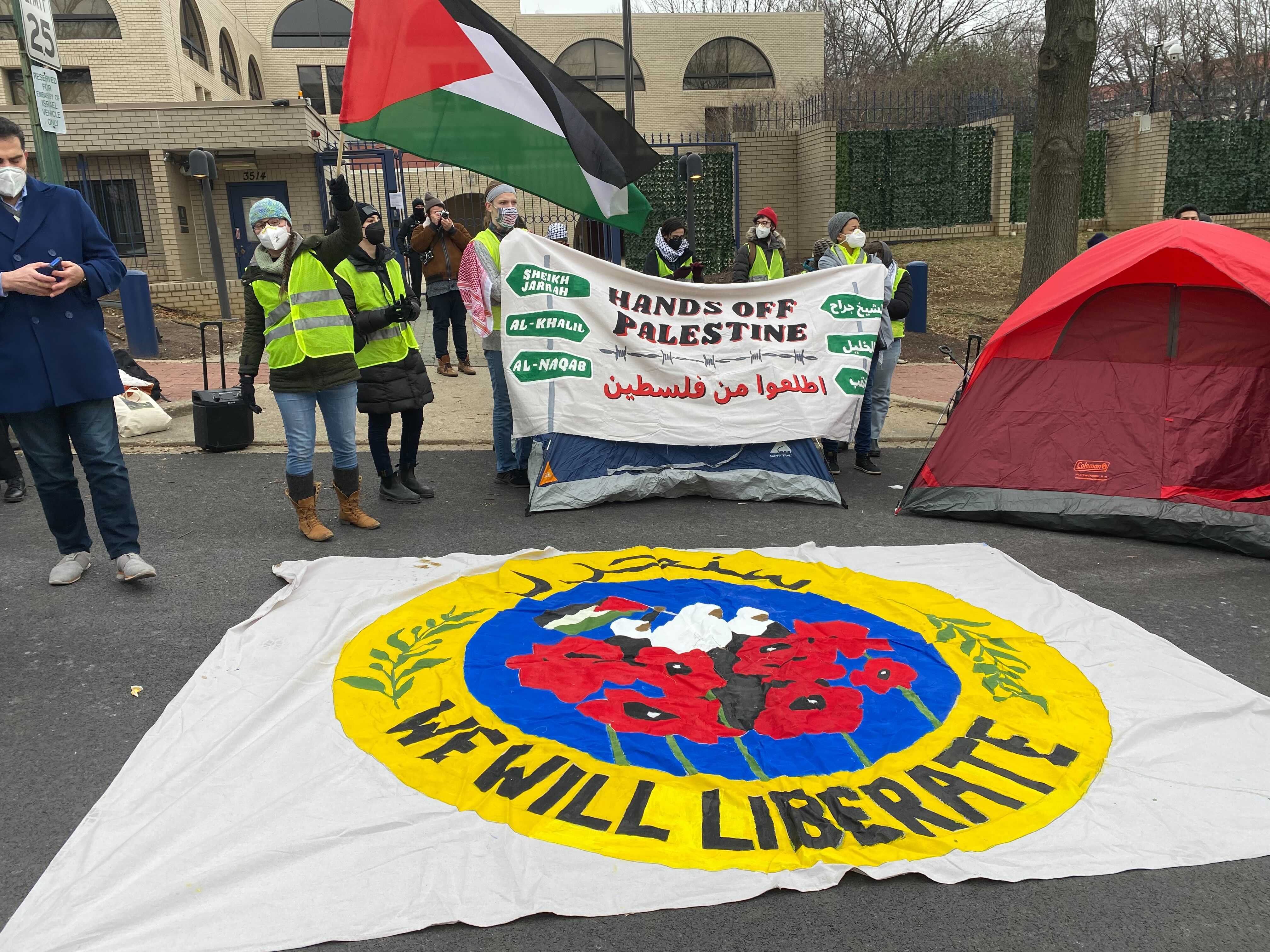 We joined the Palestinian Youth Movement in the D.C. area outside the Israeli Embassy on Sunday for a rally and a sit-in with the following demands:

CAPTION Friends of CODEPINK were some of the 7 who were arrested sending a message to those in power.

Protests from the summer ignited international outrage but have lost momentum. However, the forced displacement, supported and funded by the U.S. escalated w/ brutal force this week. Our tax dollars fund this and we cannot remain silent. Check out more on CODEPINK’s work for Palestinian rights and liberation here.