CODEPINK Statement on the Protest at the Inter-American Dialogue 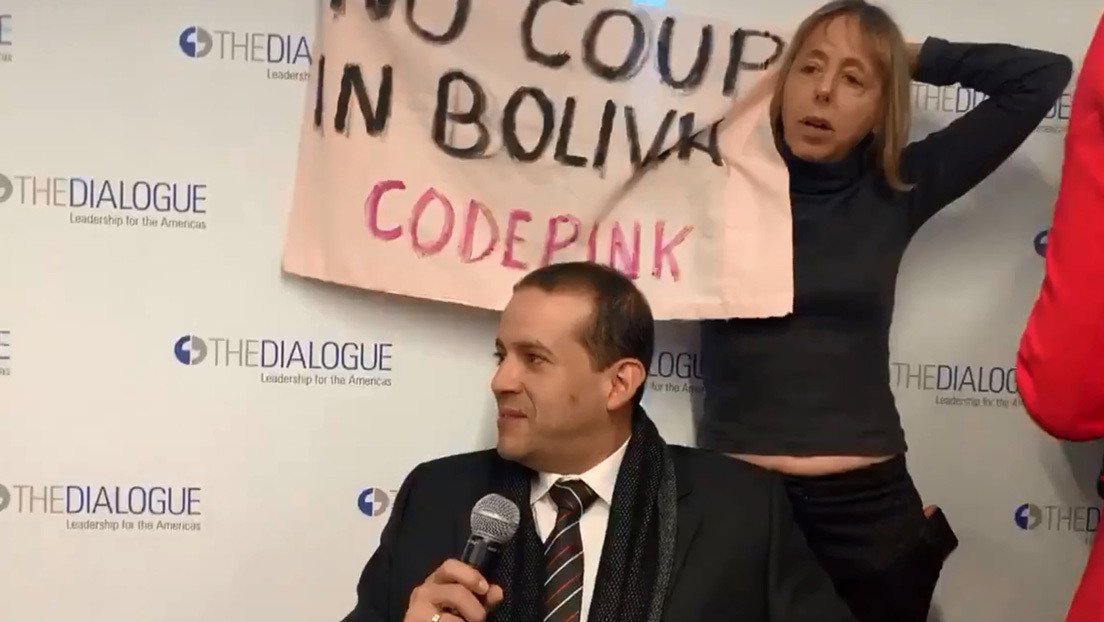 On December 12, 2019, CODEPINK joined members of the Bolivian diaspora in the Washington, D.C. area to speak out during an appearance by Luis Fernando Camacho at the Inter-American Dialogue. Camacho is a far-right multimillionaire who played a key role in the November 2019 coup against President Evo Morales. His invitation to the “Dialogue” was part of an effort to whitewash the coup and make the Washington political establishment believe that no coup had even occurred. In response to this marginalization of the millions of Bolivians who oppose the coup, as well as of the victims of the coup government’s crimes, Bolivian activists and CODEPINK peacefully protested the event.

CODEPINK would like to make the following two points very clear:

First, at no time did any member of CODEPINK or any other of the protestors act in a violent manner. CODEPINK is grounded in the understanding of the power of love and maintains a commitment to nonviolence in all our actions. One of our tactics is to directly challenge powerful decision-makers, particularly at events in which only one side of a conflict is presented. This event was covered by at least a dozen reporters, as well as by citizen journalists who recorded the disruption on their cell phones. There is no evidence that any of the anti-coup protesters engaged in violence. There is, however, evidence showing anti-coup protesters having their signs torn out of their hands and being shoved, as well as of a journalist having her cell phone slapped by a member of Camacho’s team.

Second, the letter to the IACHR misrepresents the composition of the anti-coup protesters at the event. Several members of CODEPINK actively participated in the protest, yet the majority of the anti-coup protesters were members of the local Bolivian diaspora. In fact, one of the outlets to cover the protest in depth has video evidence of over a dozen Bolivians protesting the event.

Finally, MacLean’s letter falsely claimed that CODEPINK was used as a source for an IACHR report on human rights in Bolivia. At no time was CODEPINK consulted on the writing of this report. If CODEPINK had been consulted, however, it would have contributed with its firsthand accounts, including video footage, of the abuses that occurred in the aftermath of the coup.