President Biden:  We need jobs and healthcare, not more money for bombs and bullets. 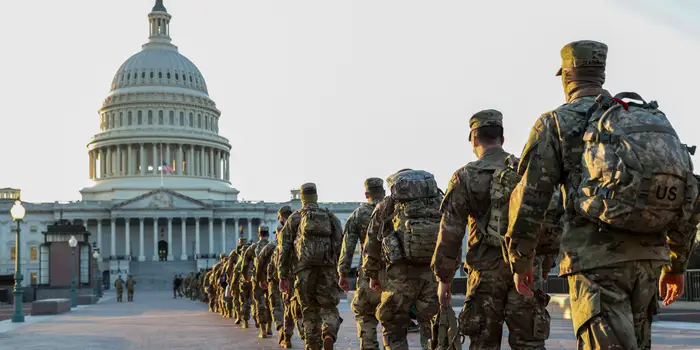 Today, the Biden Administration released their budget proposal for Federal discretionary spending in Fiscal Year 2022. This included a proposal for a $753,000,000,000 Pentagon budget, an increase from President Trump’s final enacted budget. This signals a concerning continuity with the Trump Administration which, over the course of four years, increased the Pentagon budget by $133 billion with bipartisan Congressional approval.

"Submitting a $753 billion Pentagon budget proposal during a historic pandemic while millions of working people across the country continue to struggle from the resulting economic turmoil is unconscionable," said CODEPINK national co-director and Divest from War campaign director Carley Towne. "While everyday working people continue to struggle, the weapons industry’s wealth has only grown during the pandemic. A $753 billion Pentagon budget proposal signals the Biden Administration's commitment to the status quo. If we truly want to 'Build Back Better', we must reduce the Pentagon budget and invest in what really makes us safe: Medicare for All; a Green New Deal; housing for all; full employment; great public education, and much more."

A proposal to spend $753,000,000,000 a year on the Pentagon budget means military spending in 2022 would exceed levels during the Korean War, the Vietnam War, and the Reagan build-up in the 1980s. Even a meager 10 percent cut to the Pentagon budget would only bring spending down to 2017 level spending.

Even a 10 percent reduction in the Pentagon budget would be a strong first step towards realigning our national budget priorities to put the needs of people first.

At the end of the day, the Federal discretionary Budget is up to Congress, not the President, to decide. Which is why it’s now more important than ever to contact your representatives and send them the CODEPINK guide to Pentagon budget cuts to demand that they show their support to Defund the Pentagon and invest in human needs!