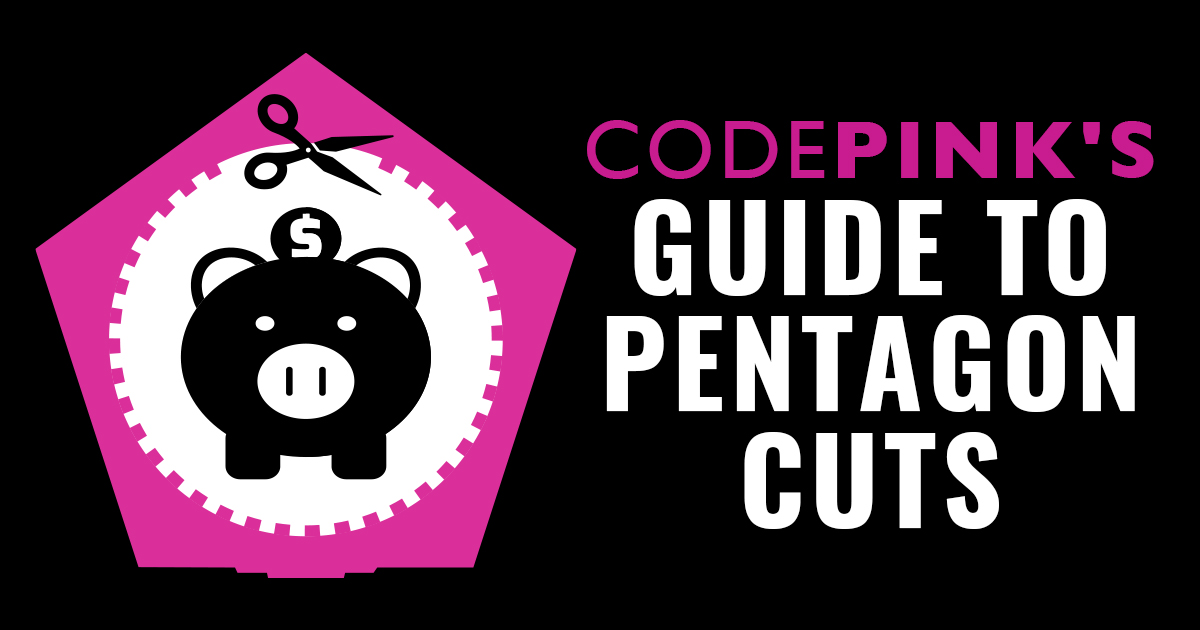 The 2021 budget for the Pentagon and related agencies is $741 billion, larger than the next eight countries combined, 11 times greater than Russia’s military budget and four times the size of China’s military expenditures. This year Congress voted to increase the military budget by $30 billion, an amount that exceeds the entire budget of the Environmental Protection Agency.

We are invested in a death economy, wasting billions on weapons and war, while failing to eradicate violent extremism and ignoring urgent human needs at home.

In 2021 we will spend over $2 billion a day on the U.S. military, more than a million dollars every minute.

By cutting even a portion of the Pentagon budget, we could:

We must reduce the Pentagon budget to invest in what really makes us safe: Medicare for All; a Green New Deal; housing for all; full employment; great public education and much more. The need for global diplomacy and cooperation in the face of an existential climate crisis is more urgent now than ever. Below is a list of opportunities for savings that could significantly reduce spending by $541 billion. All numbers listed represent one-year savings: