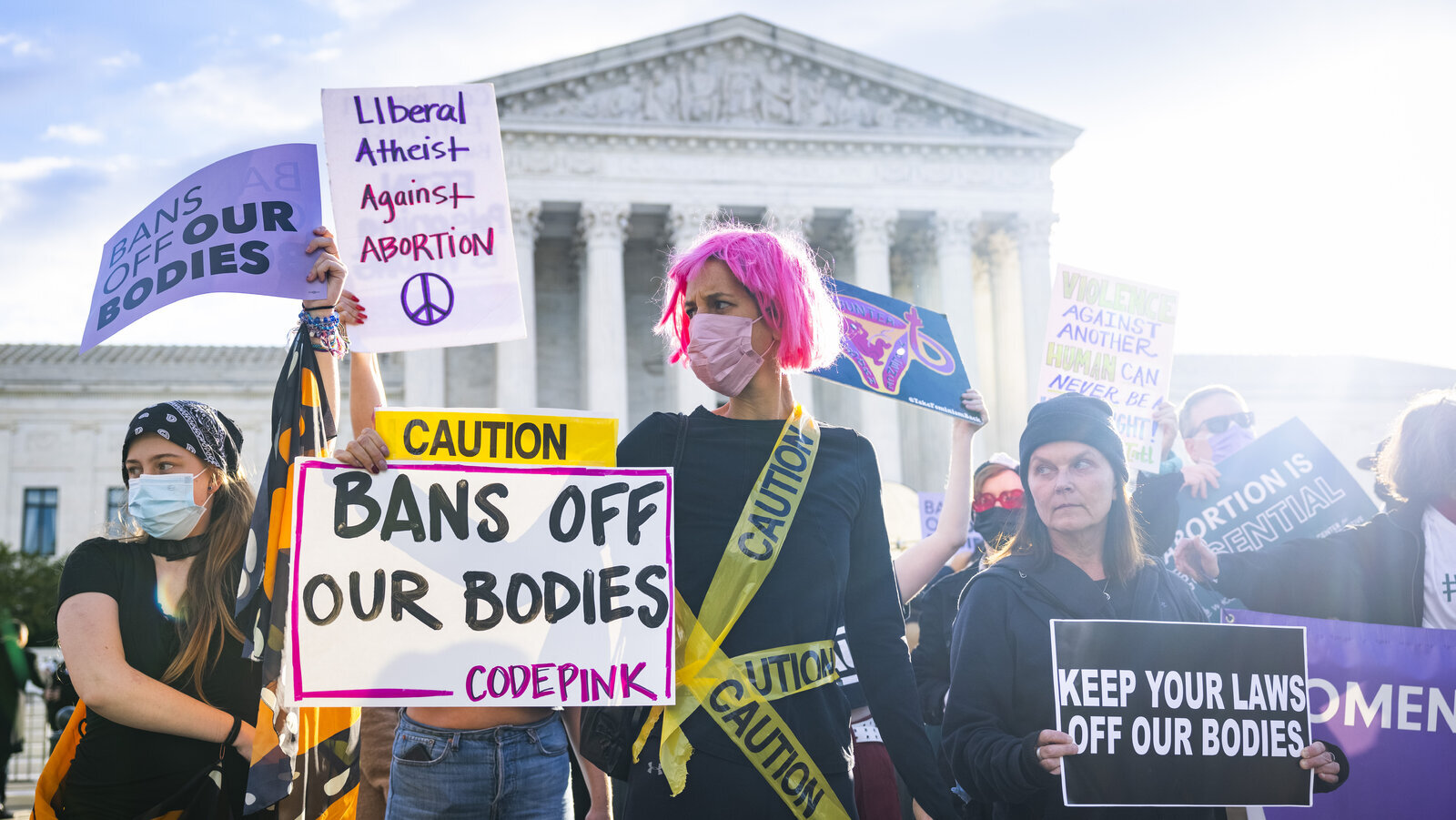 June 24, 2022 - CODEPINK denounces the Supreme Court decision to overturn Roe v. Wade and revoke abortion rights for people all over the United States. We also denounce the politicians who failed to protect us from a decision that will have devastating consequences.

The ACLU highlighted that “Today’s decision is a gender, racial, and economic justice catastrophe with deadly consequences.” Many U.S. states have abortion bans ready to go into effect. This carries many implications for poor and working class people. Restricting abortion access means ensuring people who are poor remain poor or have a harder time coming out of poverty through the derailment of career and educational opportunities.

CODEPINK believes in redirecting Pentagon spending to provide universal healthcare to all people in this country. Within that framework, we believe that abortion is healthcare and access to a service like an abortion should be free and accessible wherever needed.

As an anti-war organization, we see that imperialism and war is all about taking choice away from the people and putting it into the hands of the powerful. In Yemen, Iraq, Afghanistan, and all over Latin America, the United States has been integral to the denial of self determination and sovereignty. Overturning Roe is the imperial core bringing that ideology of control home - something we’ve seen over and over again, as our rights are rolled back. We stand in full solidarity with the movement for reproductive justice and believe our fight is one.

“If the powers that be *truly* cared about life, we would have universal healthcare,” CODEPINK shared on Twitter.  “There wouldn't be half a million people in the US without a home. The US wouldn't be supporting Israeli occupation or arming the war on Yemen that's killed hundreds of thousands of Yemenis…”

Abortion rights were achieved in the first place through mass action and solidarity. We at CODEPINK are committed to fighting for safe, legal, and free abortion.

We encourage our followers to attend local protests for abortion rights and if they have the means, to donate to local abortion funds.