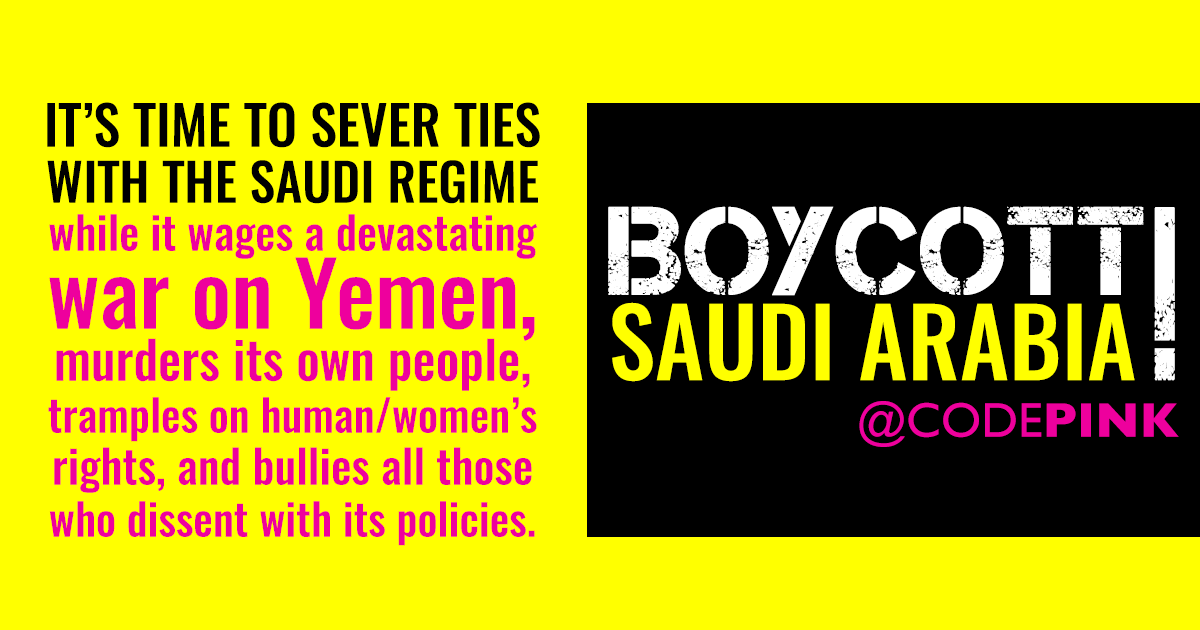 January 31, 2019 - Disappointed by Mariah Carey's refusal to act on behalf of Saudi women and suffering Yemenis by canceling her Saudi performance, CODEPINK is launching a broad-based campaign calling on all musicians, artists, businesses, think tanks and universities to boycott, divest, and sever ties to the Saudi regime.

Over the past week activists, journalists, Saudi women, and human rights groups have been calling on Mariah Carey to cancel her performance in Saudi Arabia. Ms. Carey ignored them.

On July 30, Women's March released a series of tweets asking Ms. Carey to cancel, given the repression of Saudi women and the humanitarian crisis in Yemen including, "Dear @MariahCarey Saudi women human rights activists are being imprisoned and tortured. Please don't perform tomorrow in Saudi Arabia.” They also tweeted about the Saudi-led war on Yemen and a link to CODEPINK's petition asking the singer to cancel and/or speak out. 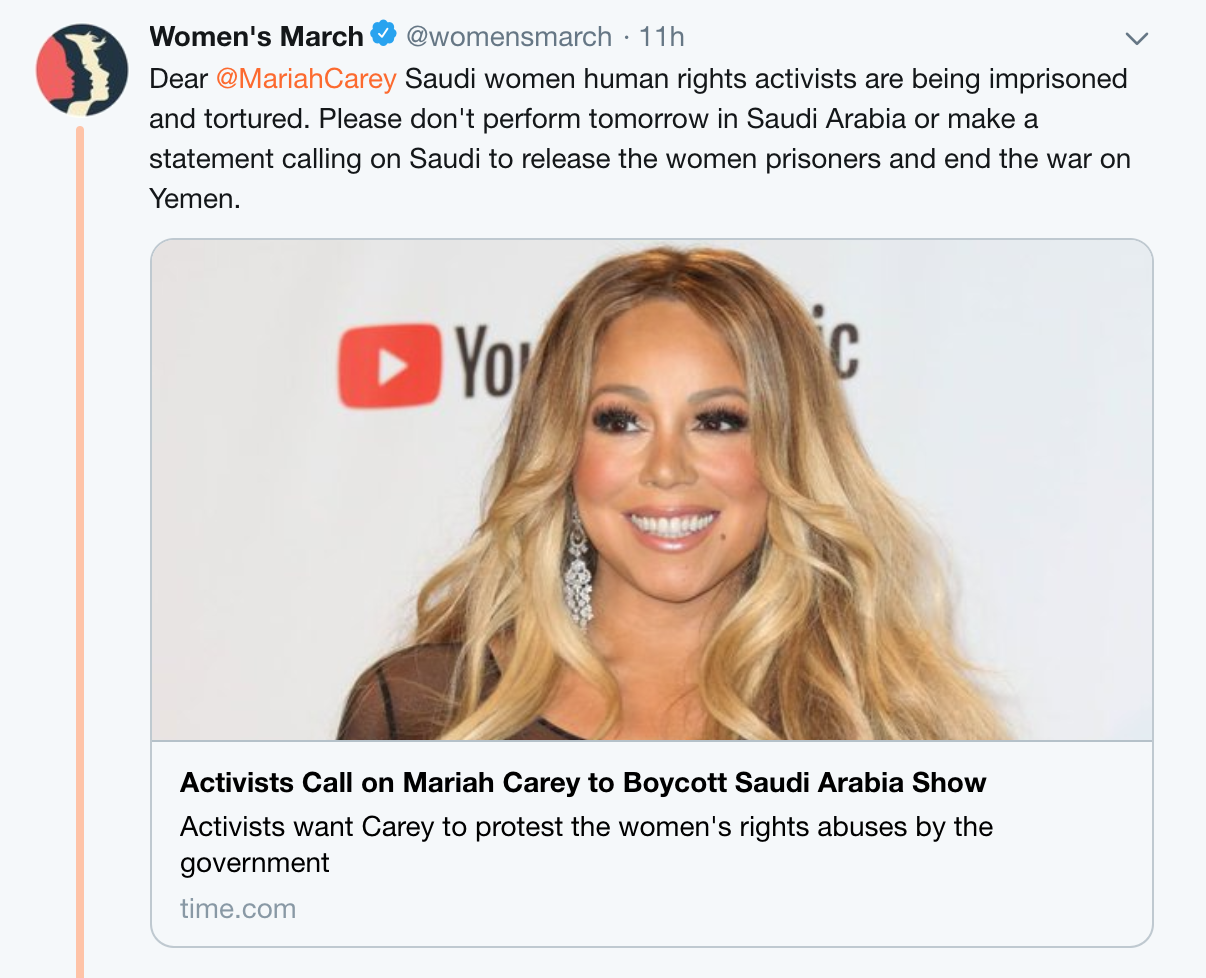 “Like the boycott, divestment, and sanctions campaign for Palestinian rights, which has inspired numerous artists like Lorde and Lana Del Rey to cancel concerts in Israel, I think CODEPINK's Boycott Saudi Arabia campaign will have a significant impact in ending Saudi repression and war crimes," said CODEPINK national co-director Ariel Gold. “For brave women like Loujain al Hathloul, the international community should cut ties to Saudi Arabia."

A Saudi woman living in the US, too fearful to give her name, voiced her disappointment with Ms. Carey: “Mariah Carey, I am a great fan and for me, your song ‘A NO NO’ says it all: “You'll never know what I already knew, after everything I already been through." We, Saudi women, are suffering. You should have listened to us and cancelled your performance.”

Saudi Arabia is one of the world’s most repressive, misogynist, gender-segregated countries in the world. Currently, a number of women are being imprisoned there for participation in peaceful activism for gender equality. Loujain al-Hathloul, for example, was arrested after helping lead the campaign for women to gain the right to drive. While imprisoned, she has been beaten, waterboarded, and subjected to electroshock. As if these actions weren’t horrific enough, Saudi Arabia - specifically Saudi Crown Prince Mohammed bin Salman -  is also responsible for the barbaric murder and dismemberment of Washington Post journalist Jamal Khashoggi.

“Artists and businesses should sever ties with a regime that cuts up the body of a journalist with a bone saw, beheads people for non-violent drug offenses, tortures women who want to free themselves from the oppressive male guardianship system, makes homosexuality punishable by death, and has created a humanitarian situation in Yemen so severe it has already taken the lives of approximately 85,000 young Yemeni children,” says Medea Benjamin, cofounder of CODEPINK and author of a book on Saudi Arabia.

In the coming days and weeks, CODEPINK will be collecting organizational and individual partners, including celebrities, who will help enforce the campaign.

CODEPINK is a women-led grassroots organization working to end U.S. wars and militarism