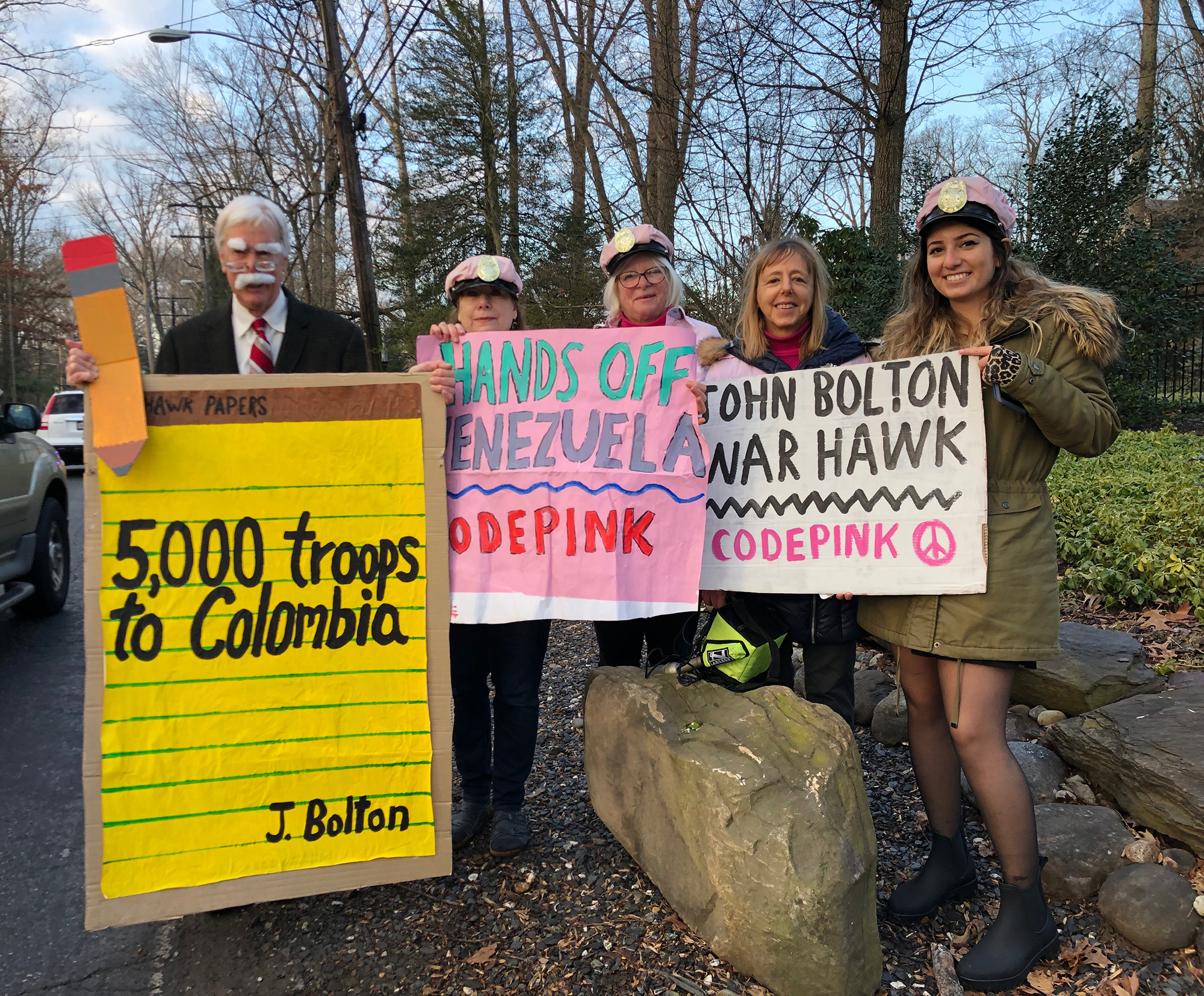 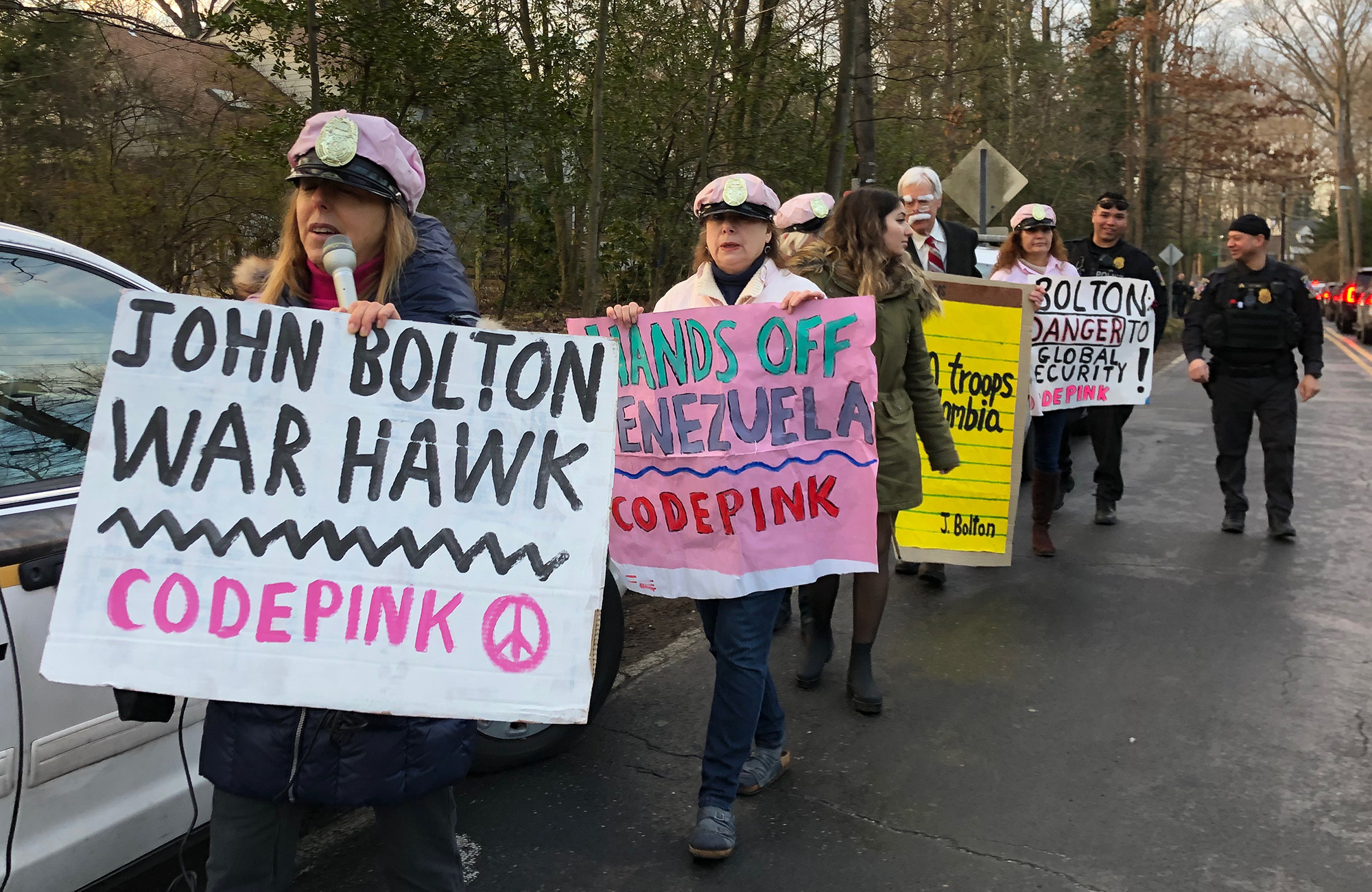 Tuesday, February 5, 2019 - At 7am in the morning, outside the Bethesda, Md home of National Security Advisor John Bolton, the CODEPINK police have arrived to serve Mr. Bolton an indictment for his involvement in war crimes.

We attempted to approach the front door, but were removed from the property by Bolton’s security detail. Instead, we read the indictment from the side of the road, while several police cars arrived to survey the scene. In the end, 14 police officers, along with Bolton’s government security detail, kept the 8 CODEPINK protesters from confronting Bolton directly. A neighbor, who was encouraged by the police to demand we leave his property, instead agreed to let us stay, saying that he, too, didn’t like John Bolton. 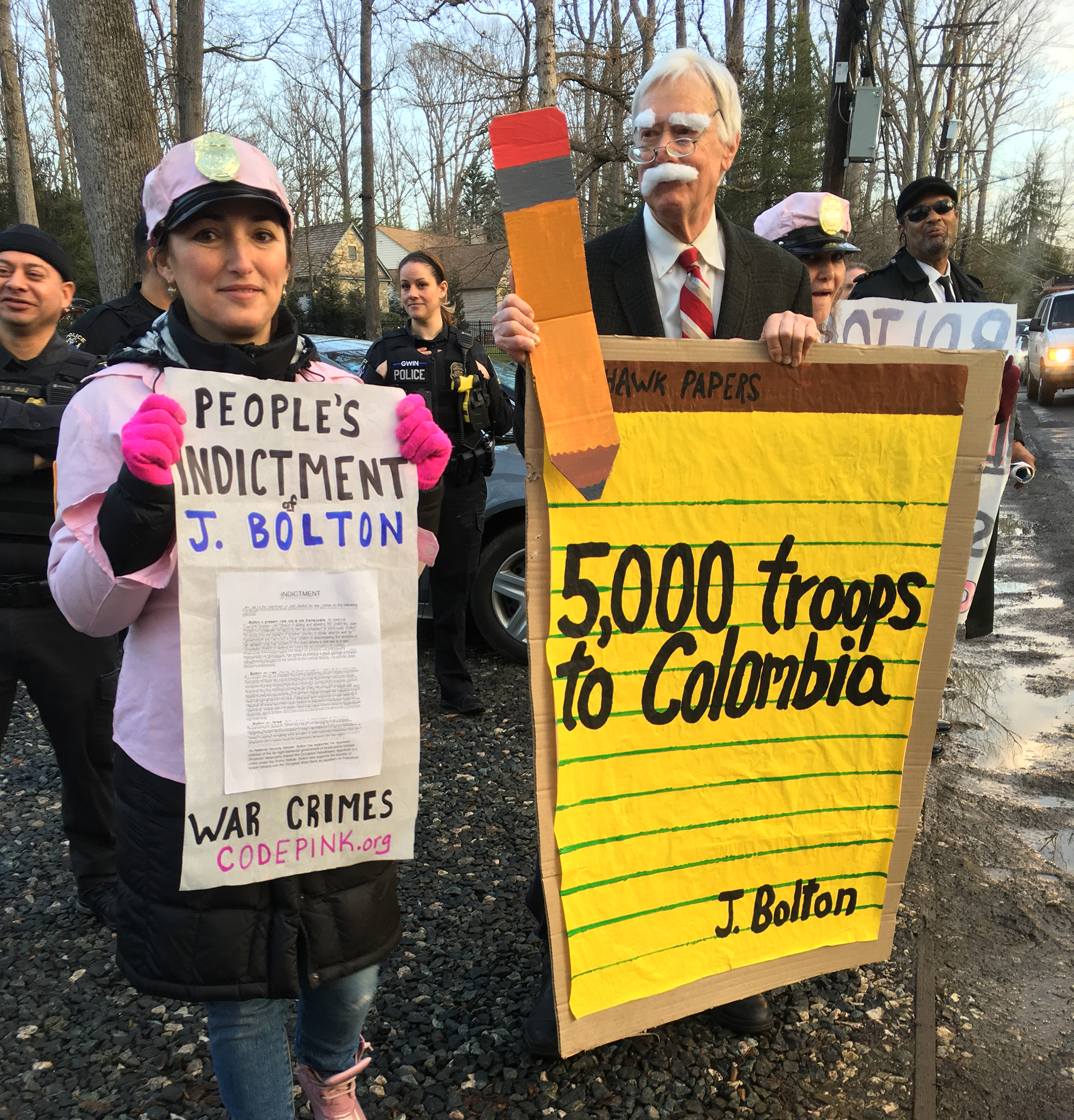 “TAKE JOHN BOLTON TO THE HAGUE; INDICT HIM FOR WAR CRIMES,” we shouted as we left. “JOHN BOLTON IS WAR CRIMINAL.”

We encourage all people who want to indict John Bolton to get involved in actions to stop US intervention in Venezuela and Iran — the two places Bolton is targeted with crippling economic sanctions and threats of intervention. 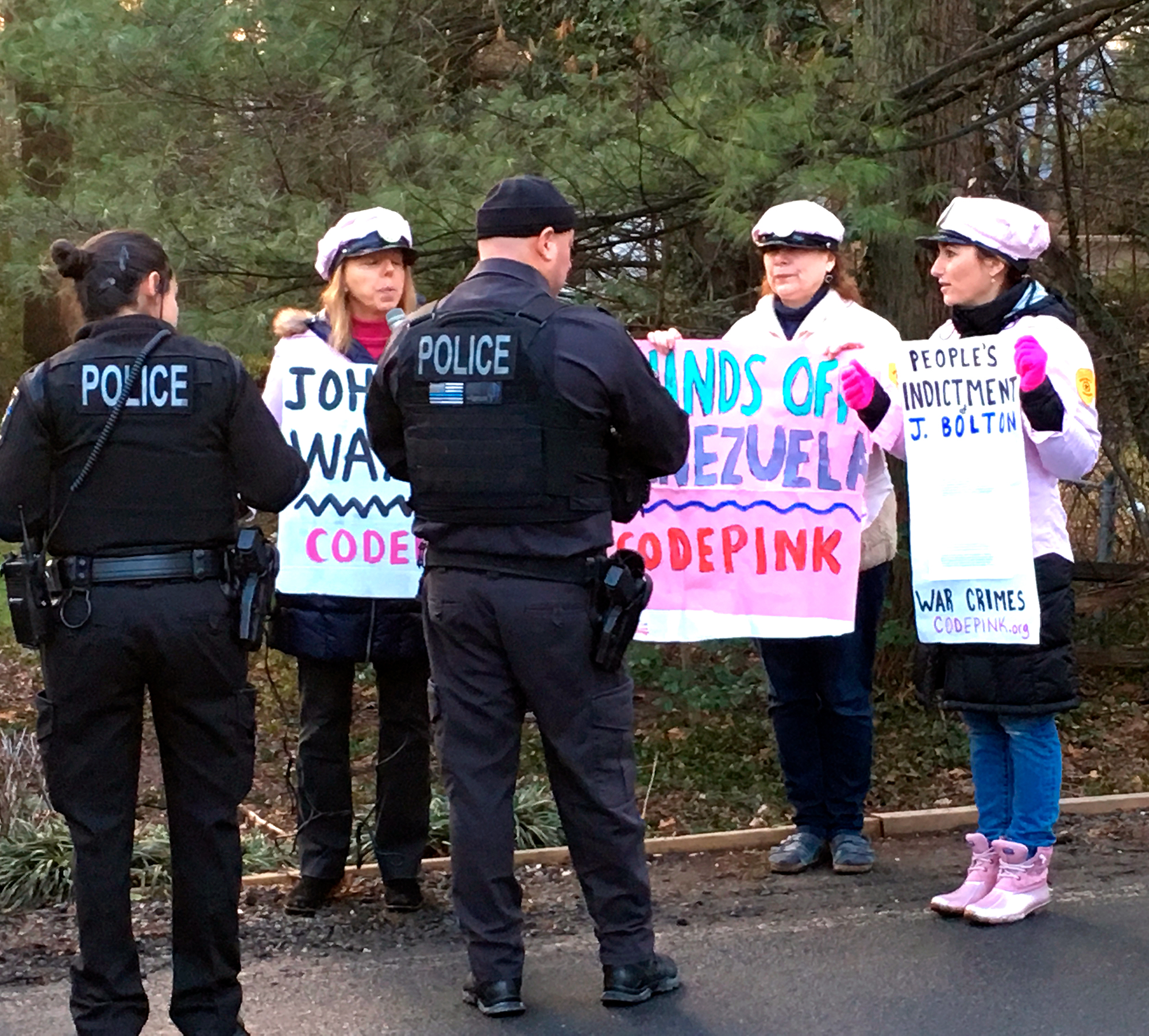 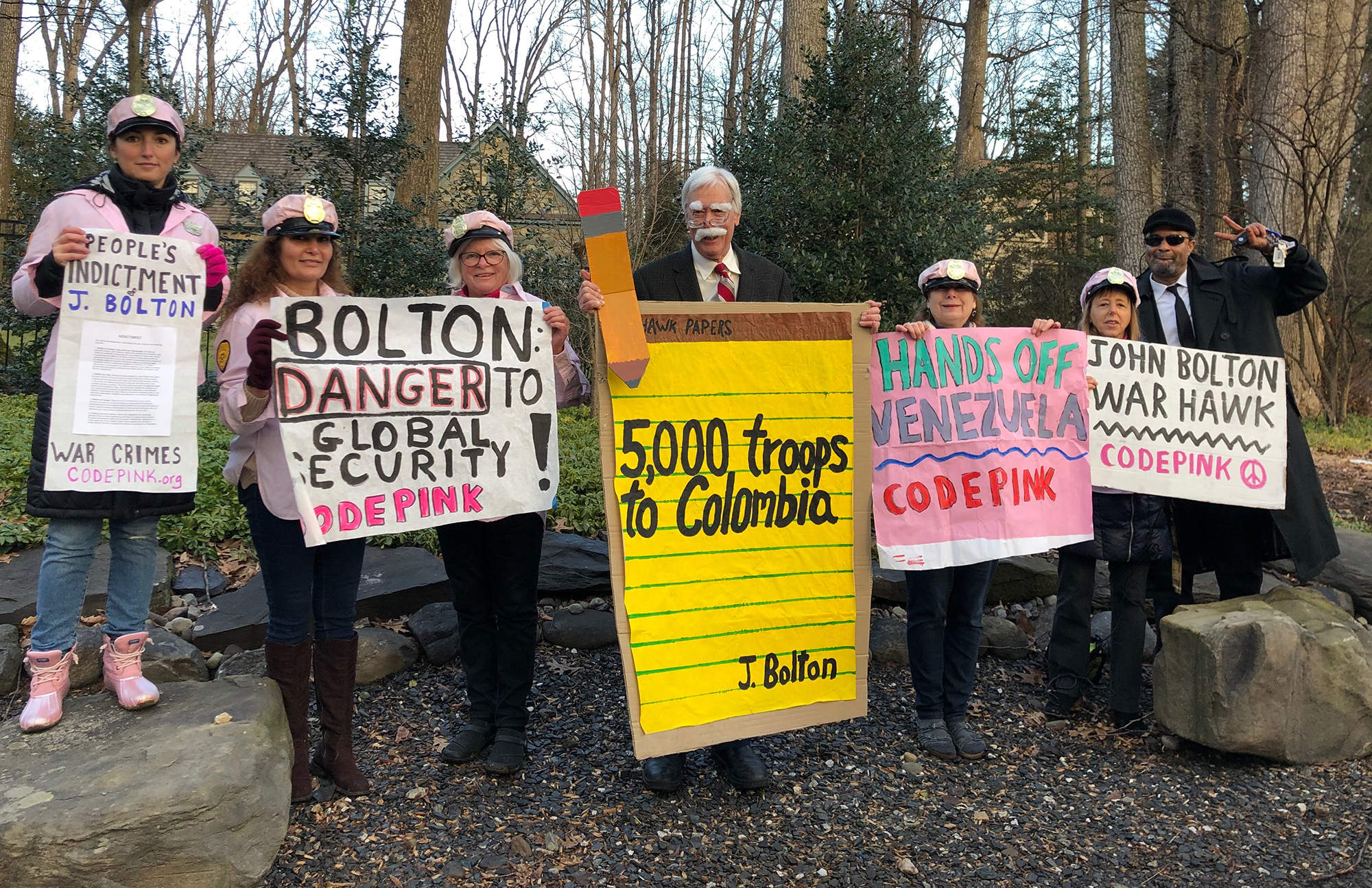