The People's Indictment of John Bolton

We call for the indictment of John Bolton for war crimes on the following grounds:

As National Security Adviser, Bolton has supported the Apartheid policies of the far-right extremist government of Israeli prime minister Binyamin Netanyahu toward the Occupied Palestinians. Apartheid is a crime under the Rome Statute. Bolton also supports the transfer of Israeli citizens into the Occupied West Bank as squatters on Palestinian land, which is the following war crime: “The extensive destruction and appropriation of property, not justified by military necessity and carried out unlawfully and wantonly.” Bolton strongly supports and enables a whole range of Israel war crimes against the Palestinian people, including keeping them in a condition of abject statelessness and continually stealing their property

Bolton is in bed with an Iranian terrorist organization called MEK, a fringe group that was listed as a Foreign Terrorist Organization by the United States until 2012 and is still considered a terrorist organization inside Iran. Bolton routinely meets with and accepts payments from the group, which has been responsible for the murder of American soldiers, the attempted kidnapping of a U.S. Ambassador, and many violent attacks inside Iran. The MEK is guilty of the following war crimes: “The widespread or systematic attack directed against any civilian population, with knowledge of the attack.” John Bolton is guilty of aiding and abetting a terrorist group.

Bolton has long held a grudge against the International Criminal Court. As undersecretary of state during the George W. Bush administration, he signed an official letter saying that the United States would never become a party to the international court. He calls the ICC a “direct assault on the concept of national sovereignty.” Once becoming National Security Advisor to Trump, he used his position to directly attack the ICC, even threatening sanctions and travel bans against those who cooperate with its potential investigations into U.S. war crimes.

It is therefore most fitting that Bolton be indicted by the very institution he so distains: the International Criminal Court.

Take Bolton to the Hague for crimes against humanity! 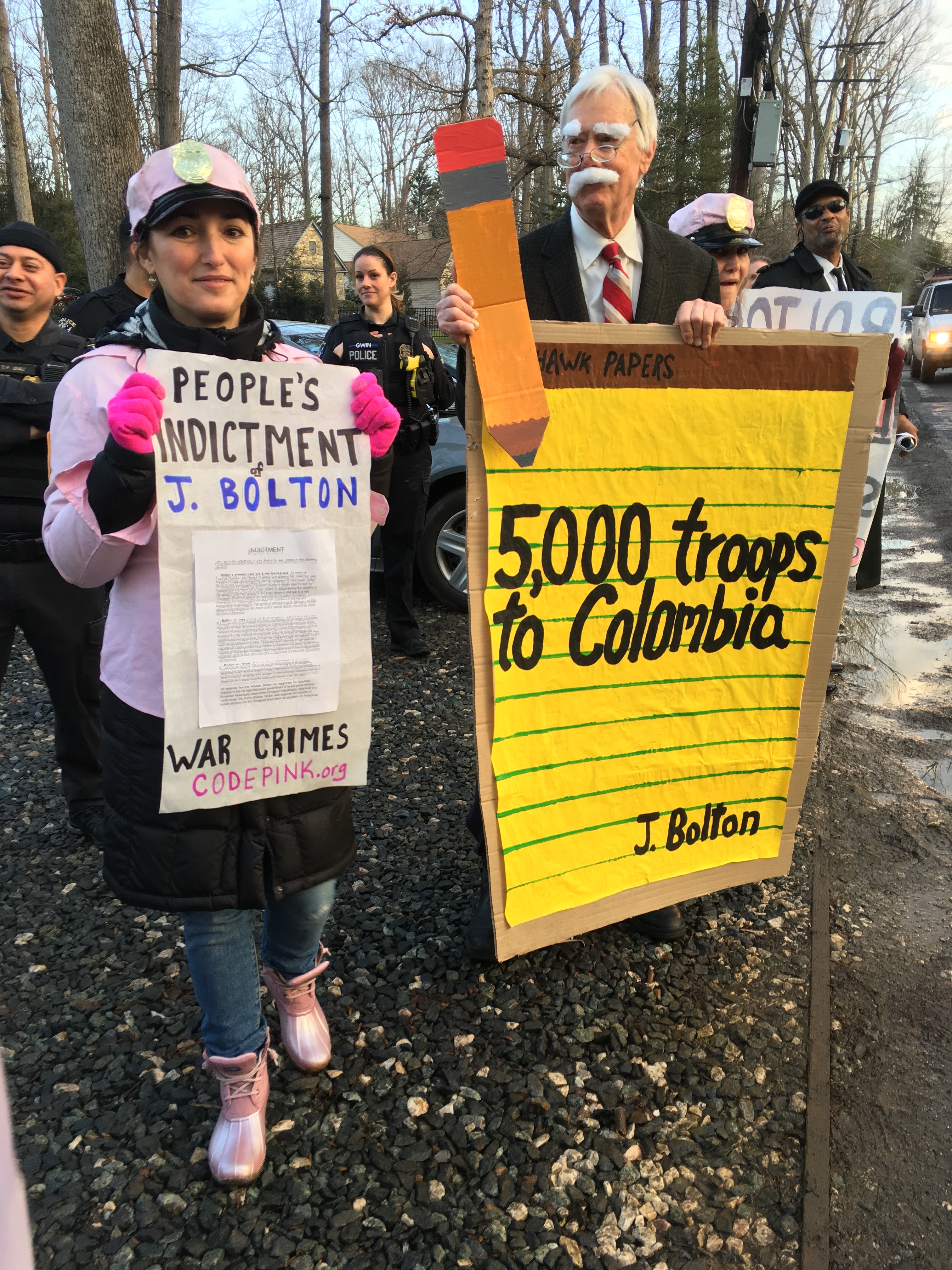