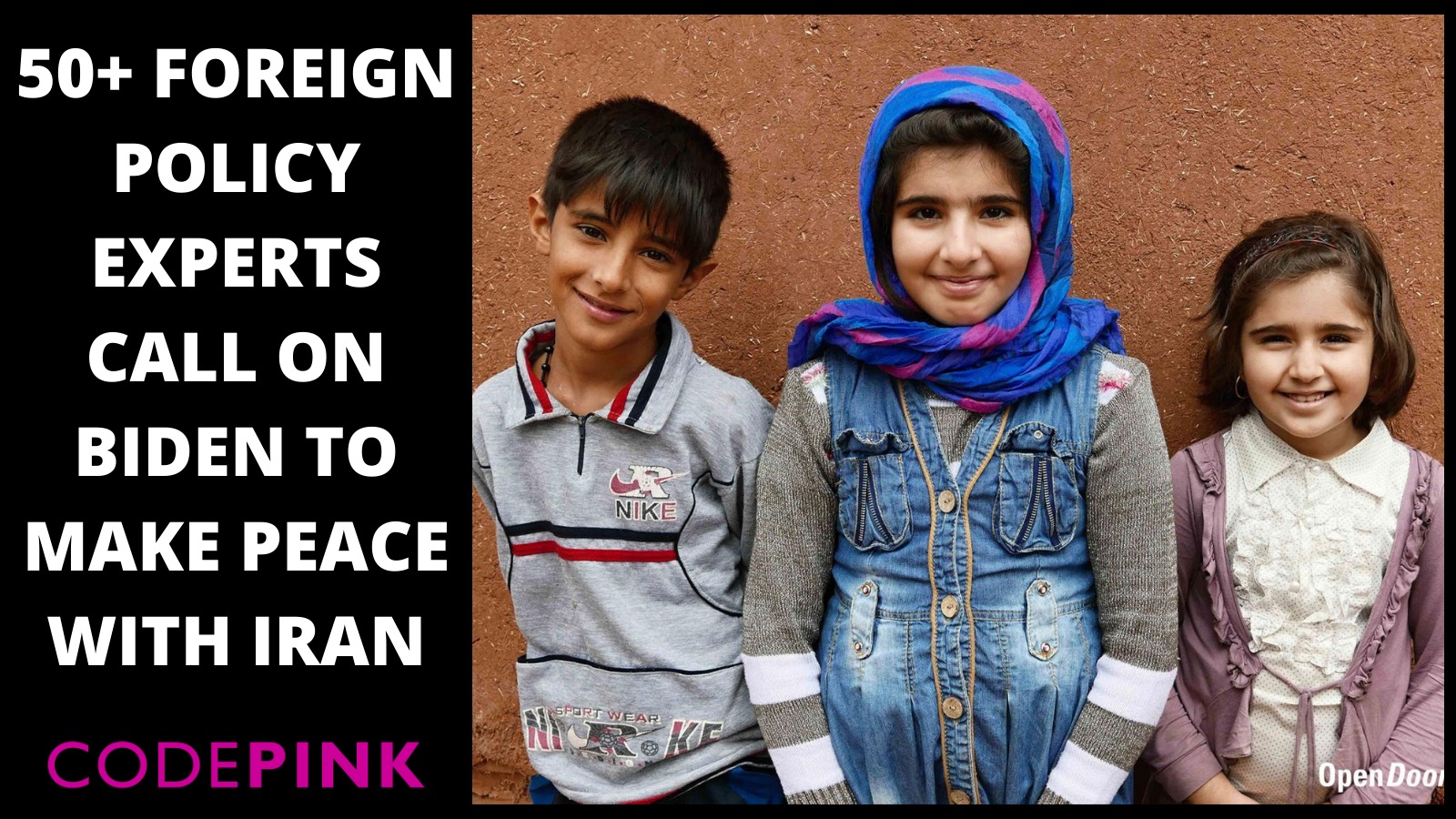 Biden promised during his campaign that he would return the U.S. back to the Iran Nuclear Deal. But it won’t be easy and those who want to keep whipping up the conflict are busy campaigning. So last week, over 50 foreign policy experts penned a letter urging President-elect Joe Biden to swiftly return to the 2015 deal.

Add your name in support of the letter led by our friends at the National Iranian-American Council (NIAC) calling on Biden to immediately return to the Iran Nuclear Deal.

“The U.S. and Iran moved to the precipice of war twice, Iran expanded its nuclear leverage to counter America’s sanctions and the Iranian people were crushed between U.S. sanctions and their own government’s repression,” says the letter. “This self-inflicted wound set the U.S. on a destructive path with no easy offramp.”

The letter is signed by such experts as Trita Parsi of the Quincy Institute for Responsible Statecraft and Mark Fitzpatrick, the former acting U.S. deputy assistant secretary of state for nuclear nonproliferation. It calls for “immediate action to revive diplomatic channels,” specifically proposing that Biden:

Add your name now in support of the letter calling for Biden to make peace with Iran one of his top priorities!

Right-wing war hawks like the American-Israel Public Affairs Committee (AIPAC) and the Foundation for Defense of Democracies (FDD) are trying to convince Biden not to “squander the leverage built up by Trump’s maximum pressure campaign.” But anyone who is not delusional knows that maximum pressure has been a maximum failure, resulting in more uranium enrichment, greater possibility of war, and the immense suffering of the Iranian people. Add your name now in support of the letter to Biden from 50+ foreign policy experts.

Next week Biden will be inaugurated and we need him to immediately prioritize peace with Iran. The safety of the Middle East and the entire world depends on it.

Toward peace,
Ariel, Leila, Medea, and the entire CODEPINK team

P.S. Join Trita Parsi of the Quincy Institute, prominent Iranian-American journalist Negar Mortazavi, and CODEPINK’s Medea Benjamin and Marcy Winograd on January 26th for a discussion on Iran and Call Congress Party. RSVP now to attend and add a reminder to your Google calendar.