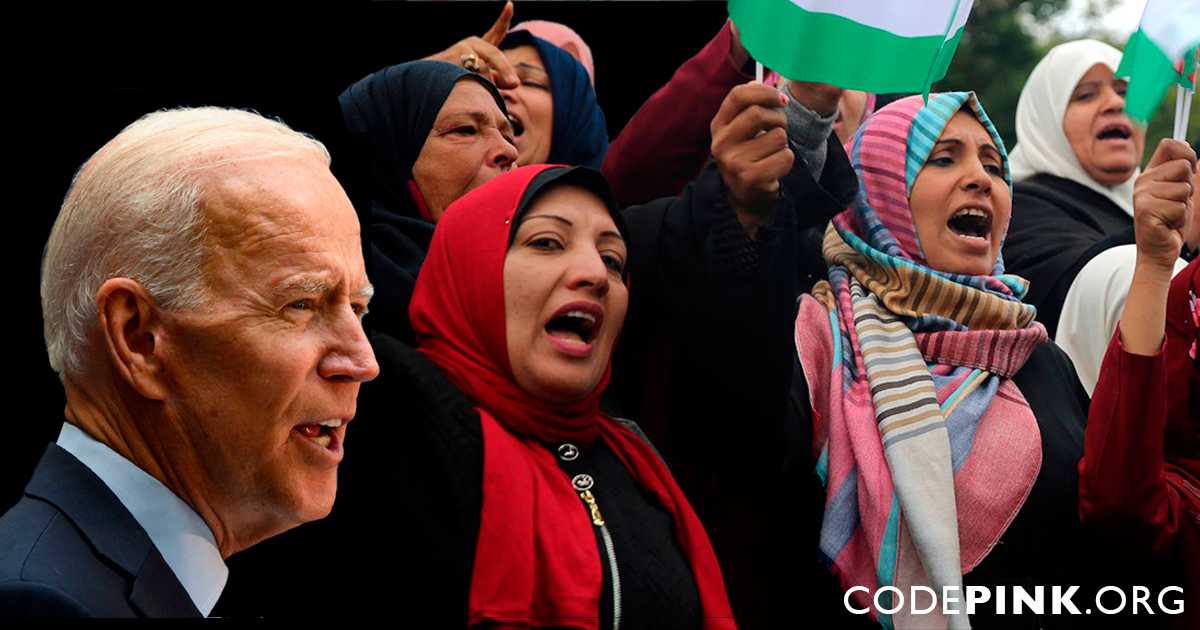 Joe Biden wants you to believe that he is opposed to Israel’s likely annexation of parts of the West Bank that Netanyahu plans to carry out in July. “I do not support annexation,” he said during a call with American Jewish donors on June 16. But only a month ago, Biden senior foreign policy advisor Tony Blinken insisted that under absolutely no circumstances, not even the annexation of the West Bank, would Biden consider reducing or withholding U.S. military aid to Israel. And contrary to the position of his former boss, President Obama, Biden also pledged that if elected, he would keep disagreements with Israeli policies private.

That’s not what the American people want. In a new Washington Post poll, 67 percent of respondents said that it is “acceptable” or actually the duty of elected representatives to question the Israeli-American relationship. Among Democrats, that number was an overwhelming 81 percent.

The call to be more openly critical of Israeli policy reflects Israel’s continued lurch to the right and President Trump’s embrace of that, as well as diligent campaigning by Palestinian-Americans and progressive American Jews. Another factor was the example set by Jewish presidential candidate Bernie Sanders, who talked passionately about Palestinian rights.

This sentiment that U.S. leaders must take a critical look at Israeli policies is reflected in a letter recently sent to Biden by over 100 groups, calling on him to adopt policies toward the Israeli government and Palestinian people “based on the priciples of equality and justice for all.” Endorsers of the letter include the American Friends Service Committee, American Muslims for Palestine, CODEPINK, Council on American-Islamic Relations (CAIR), If Not Now and Jewish Voice for Peace.

The letter came out of concern that Biden’s positions on Israel/Palestine are to the right of those of President Obama—who openly clashed with Israel regarding such issues as settlements and the Iran nuclear deal—and only a pinch less hawkish than those of Trump.

Biden’s positions were made painfully clear in a May 18 statement on his campaign website entitled Joe Biden and the Jewish Community: a record and a plan of friendship, support, and action. It opened by conflating the Jewish state with Jewish values, and went on to brag about Biden’s role in increasing military aid to Israel at the end of the Obama administration. It also promised that Biden, in violation on the First Amendment, would continue attacks on individuals and organizations that boycott Isrrael for political reasons and referred to Palestinian “choices” to commit violence.

Within days of the statement’s release, the backlash was so fierce that the degrading language of Palestinian “choices” was removed. But the statement remains a testament to Biden’s unwavering support for the rightwing Netayahu government.

While Biden represents a candidate who is tone deaf to changing U.S. sentiment towards Israel, many in the Democratic party are leaving him in the dust. The sea change among Democrats in general, and young Jews in particular, was best captured in a few key moments during the Democratic presidential race. The first was in March 2019, when eight out of the ten Democratic presidential candidates refused to attend the conference sponsored by the American-Israel Public Affairs Committee (AIPAC), recognizing the pro-Israel lobby as an impediment to achieving a just and lasting peace in Palestine/Israel. Another key moment was at the October 2019 conference organized by the liberal Jewish group J Street, when the audience burst into applause after then candidate Bernie Sanders suggested leveraging the $3.8 billion the U.S. gives to Israel towards pushing Israel to respect Palestinian human rights. On the debate stage during the primaries, Bernie Sanders was also lauded for accurately referring to Saudi Arabia’s Mohammed bin Salman as a murderer and Israeli Prime Minister Benjamin Netanyahu as a racist.

When Sanders suspended his run for the Democratic nomination, Biden indicated that he would integrate some of the politics of the party’s progressive wing to reflect the energized grassroots movement the Sanders campaign had built. He set up task forces to focus on health care, immigration, education, criminal justice reform, climate change and the economy, and tapped popular politicians such as Progressive Caucus co-chair Rep. Pramila Jayapal and Rep. Alexandria Ocasio Cortez. But no task force was set up for foreign policy, and Biden has done nothing to incorporate progressive concerns into his Israel/Palestine platform.

That’s why the letter to Biden by over 100 organizations is so critical. It points out that by giving Israel “unlimited diplomatic protection and massive military financing,” the US “has enabled the country to entrench its occupation, expand its illegal settlements, impose a 13-year-long siege and wage three wars against Gaza, pass laws that officially deny equal rights to Israeli citizens who are not Jewish, all under the veneer of peacemaking.” The letter lays out the tenets of a strategy based on fairness and equality, including:

* support for conditioning U.S. military funding to Israel on an end to Israeli violations of Palestinian human rights and adherence to all relevant U.S. laws;

* support for H.R. 2407, the “Promoting Human Rights for Palestinian Children Living Under Israeli Military Occupation Act,” to ensure that no U.S. dollars contribute to Israel’s a military detention, interrogation, abuse and/or other ill-treatment of Palestinian children;

The groups want Biden to oppose illegal and immoral Israeli policies such as annexation with deeds, not just words. To be fair, Biden is far from the only Democratic Party leader paying lip service to opposing annexation while acting to maintain the status quo. Recently, 120 lawmakers in the House and 30 in the Senate sent letters voicing their opposition to annexation. They include such stalwart backers of Israel as Chuck Schumer, Robert Menendez, Ben Cardin, and Steny Hoyer. Hoyer is known for being the closest member of Congress to AIPAC and Schumer, Cardin, and Menendez were three of the only four Senate Democrats to support Israel’s opposition to the Iran nuclear deal in 2015. They are also leaders of the Israel Anti-Boycott Act to outlaw the boycott, divestment, and sanctions movement, even at the expense of the First Amendment. While it is a remarkable achievement that so many Democratic lawmakers registered their opposition to annexation, without measures to hold Israel accountable such statements are toothless.

With annexation imminent, a case pending in the International Criminal Court for war crimes, and Gaza trapped in a 12-year-long siege complicated by a pandemic, the stakes are high. Biden’s unconditional support for Israel’s rightwing government is not only less and less popular among Americans, but it guarantees continued repression against Palestinians and continued unrest in the region. Let’s hope this letter from over 100 organizations shows Biden the widespread support for him to shed his ”Israel-right-or-wrong” position and instead openly and explicitly distinguish right from wrong.

Read the letter, note all the signers, and add your name now. Tell Joe Biden to support Palestinian human rights, not Israeli apartheid!

Ariel Gold is the national co-director of CODEPINK.