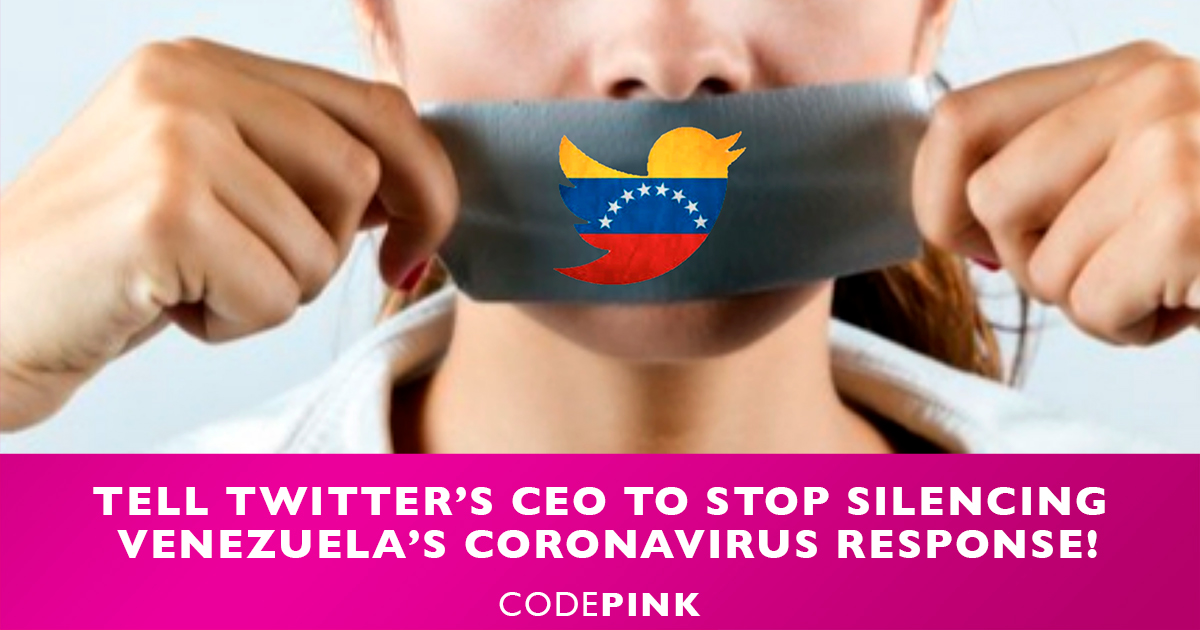 Why is Twitter silencing the voices of those in charge of Venezuela’s COVID-19 response? On March 16, the same day the Venezuelan government issued a nationwide shelter-at-home order to stem the coronavirus infection rate, Twitter began systematically restricting the accounts of Venezuelan ministries, politicians, journalists, and institutions. At least 44 accounts were suspended and Twitter is offering no answers.

The suspended accounts include Vice President Delcy Rodriguez’s personal @DrodriguezVen and institutional @ViceVenezuela accounts, as well as the Health Ministry, the Housing Ministry, the Education Ministry and the Science Ministry. Rodriguez is leading the government’s comprehensive response to the coronavirus; the four ministries are all key to guaranteeing its success. The plan includes an online platform to track the health of Venezuelans (used by 11 million people so far), house-to-house visits of those with symptoms, free tests for those who potentially have the virus and free healthcare for those who test positive.

The timing of this slew of Twitter account restrictions is odd; not only does it coincide with a global pandemic, it also coincides with what the Trump administration has called “maximum pressure March”, a plan to intensify the sanctions and regime change efforts on Venezuela. Yet this isn’t the first time that Twitter has gone after the Venezuelan government: on previous occasions, it suspended the accounts of the Women’s Ministry, the Oil Ministry, the armed forces, the office of the president, Central Bank, the state radio station (as well as 13 regional radio stations) and several media outlets.

The onslaught of Twitter suspensions isn’t limited to government agencies and politicians; private business and independent journalists have also been affected. This includes Farmatodo (a pharmacy chain) and influencers like Orlenys Ortiz (@OrlenysOV), who has over 67,000 followers, has played a key role in urging people to stay home and has documented how organized communities are reacting to the virus.

CODEPINK raised the alarm about a possible naval blockade of Venezuela amid the Trump administration’s escalating rhetoric. We have also been following the coronavirus situation very closely, given what sanctions have done to Iran. Please make sure to watch Teri's interview with Larry Devoe, Venezuela’s human rights chief, about the country’s handling of the coronavirus.