“Maximum-pressure March”: US hybrid war on Venezuela heats up 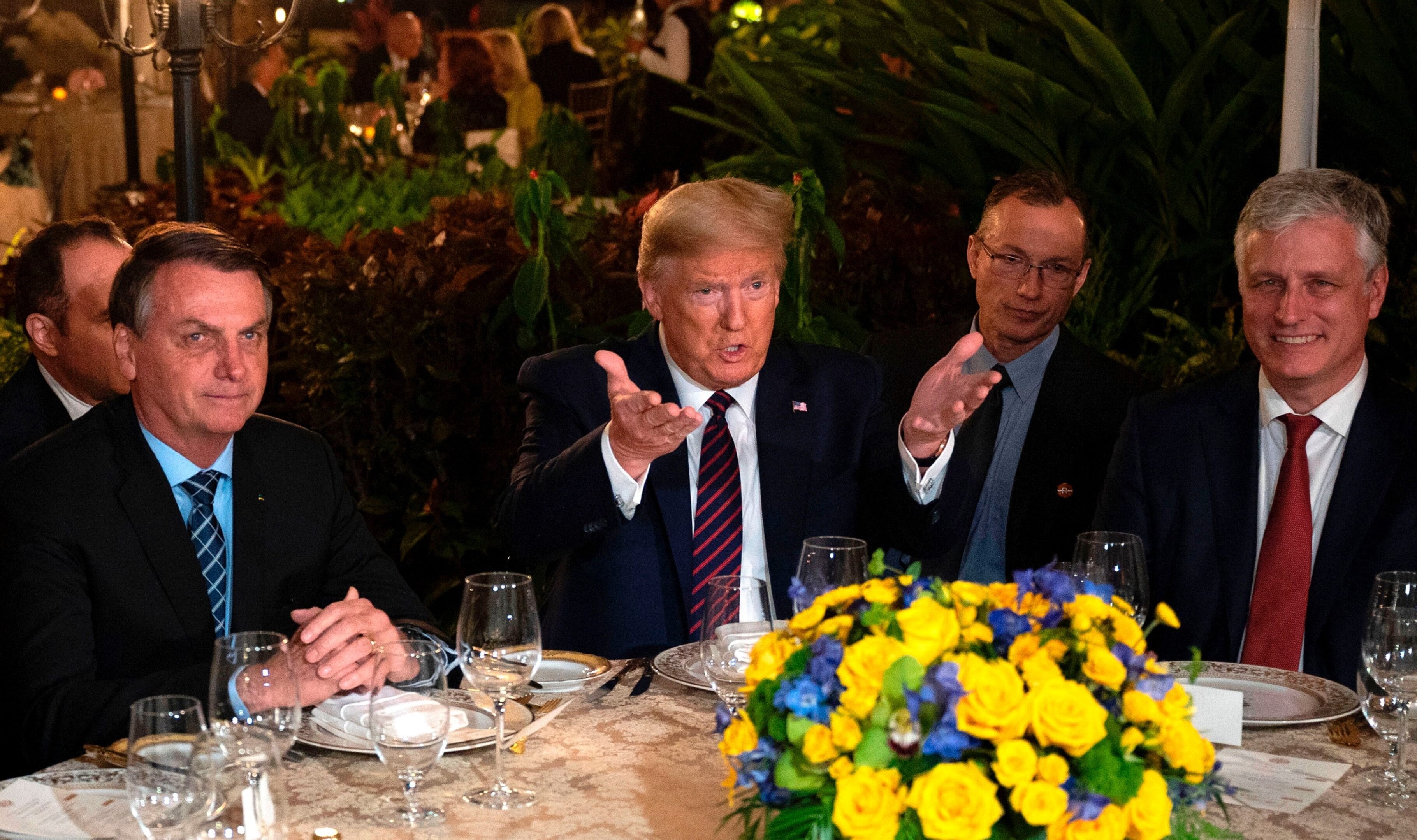 The first quarter of 2020 has seen the Trump administration escalate its rhetoric against Venezuela. At the State of the Union, President Trump promised to “smash” and destroy the Venezuelan government. This was followed by a renewed threat of a naval blockade on the country, which is an act of war under U.S. and international law. Then the State Department eagerly noted that the “Monroe Doctrine 2.0” will be “fleshed out in the weeks and months to come,” while declaring “maximum-pressure March” against Venezuela.

These aren’t just mere threats; the rhetoric has been backed up by policies and actions. Russian oil company Rosneft, one of the world’s primary purchasers of Venezuelan oil, has seen two of its subsidiaries sanctioned in less than one month for doing business with Venezuela. The State Department telegraphed this move in February, singling out oil companies Rosneft, Reliance (India) and Repsol (Spain). Chevron, the biggest U.S. oil company still working in Venezuela, has been warned by the Trump administration that its license to operate in the country (which exempts it from the sanctions) will not be renewed.

Since 2015, the U.S. government has sanctioned 49 oil tankers, 18 Venezuelan companies, 60 foreign companies and 56 airplanes (41 belonging to state airliner Conviasa and 15 belonging to state oil company PDVSA), but this is the first time they’ve gone after foreign oil companies. By targeting Rosneft Trading and TNK Trading (the two Rosneft subsidiaries), the United States makes it next-to-impossible for those firms to continue trading in Venezuela oil, as shipping companies, insurance companies and banks will refuse to work with them.

The sanctions have taken a heavy toll, causing at least 130 billion dollars’ worth of damage to the economy between 2015 and 2018. Even worse, according to former U.N. special rapporteur Alfred de Zayas, the sanctions been responsible for the death of over 100,000 Venezuelans. It is therefore not surprising that Venezuela asked that the International Criminal Court investigate the sanctions as crimes against humanity.

The effects of the sanctions are most noticeable in Venezuela’s health sector, which has been decimated over the past five years. These measures have impeded banks from carrying out financial transactions for the purchase of medical supplies. In addition, they have caused a 90% decrease in Venezuela’s foreign income earnings, depriving the health sector of much needed investment. Were it not for the solidarity of China and Cuba, which sent testing kits and medicine, Venezuela would be woefully ill-equipped to handle the coronavirus. The sanctions are worsening an already dangerous situation, forcing Venezuela to spend three times as much for testing kits as non-sanctioned countries.

President Maduro appealed directly to Trump to lift the sanction to combat this global pandemic. Yet this appeal will likely go unanswered, given the intensification not just in sanctions, but in the violent opposition’s acts of irregular warfare. On March 7, a warehouse containing virtually all of Venezuela’s electronic voting machines was deliberately burned to the ground. A group named the Venezuelan Patriotic Front, allegedly composed of soldiers and policemen, claimed responsibility for this terrorist act. Although no direct connection can (yet) be made between this group and the Trump administration, it beggars belief that an operation requiring significant logistical and financial costs would not have received support from at least one the many actors openly engaged in regime change: the Trump administration, the Duque administration in Colombia, the Bolsonaro administration in Brazil or the extremist right-wing opposition factions lead by Juan Guaidó.

The silence from the international community on this terrorist act is deafening, but should not be surprising. After all, there were no denunciations from the OAS, EU or U.S. when a warehouse containing telecommunications equipment was similarly burned in February, or when rebel soldiers attacked barracks in southern Venezuela in December 2019.

There is already evidence that Venezuelan paramilitaries opposed to the Maduro government have received support and training in both Colombia and Brazil, not to mention the alleged millions of dollars spent by the U.S.to get Venezuelan military officials to turn on the government. In addition to supporting irregular warfare, the Trump administration is preparing for conventional warfare. The threat of a naval blockade – an act of outright war – was followed up by separate meetings between Trump, Defense Secretary Mark Esper and high-ranking military officials with Colombian President Ivan Duque and Brazilian President Jair Bolsonaro. (Ironically, while meeting with the Brazilian delegation to discuss the destruction of the Maduro government, Trump was likely exposed to coronavirus. One of the delegation’s members, Bolsonaro’s communications secretary, tested positive for the disease.) In addition to the naval blockade, the U.S. plans an “enhanced presence of ships, aircraft and security forces to... counter a range of threats to include illicit narco-terrorism,” a clear reference to Venezuela despite the fact that according to the U.S. government’s own statistics, it is not a primary transit country for drug trafficking.

“Maximum pressure March” is timed to coincide with important negotiations in Caracas between the Venezuelan government and moderate sectors of the opposition. The two sides have set up a commission that will select new members of the National Electoral Council in time for this year’s legislative elections. One of Juan Guaidó’s allies, Henry Ramos Allup, leader of opposition party Acción Democrática (Democratic Action), came under fire from the extreme right for saying he will participate in the elections. The terror attack on the voting machines is unlikely to affect the timing of the elections, but without its system of electronic voting backed up by paper receipts and audits of the vote count, the results will be vulnerable to claims of fraud.

This is not the first time that the Trump administration has amplified its regime change efforts in response to negotiations between the Venezuelan government and the opposition. It did so in February 2018, when then-Secretary of State Rex Tillerson threatened an oil embargo and said he would welcome a military coup right as the two sides were about to sign a comprehensive agreement worked on for months in the Dominican Republic. It happened again in August 2019, when the U.S. applied what the Wall Street Journal characterized as a “total economic embargo” in the middle of discussions between the Guaidó-led opposition and government. Both times,  negotiations fell apart as a result of U.S. government actions and statements. This time it is unlikely that the pressure will scuttle dialogue, as moderate opposition politicians are coming to terms with the fact that 82% of Venezuelans reject sanctions and support dialogue. Unfortunately, the Trump administration has made it clear it doesn’t care about what Venezuelans want. Instead, it continues to ramp up the pressure and might even be setting the scene for a military intervention, perhaps an October surprise to help Trump’s reelection bid.

Leonardo Flores is a Latin America policy expert and campaigner with CODEPINK.