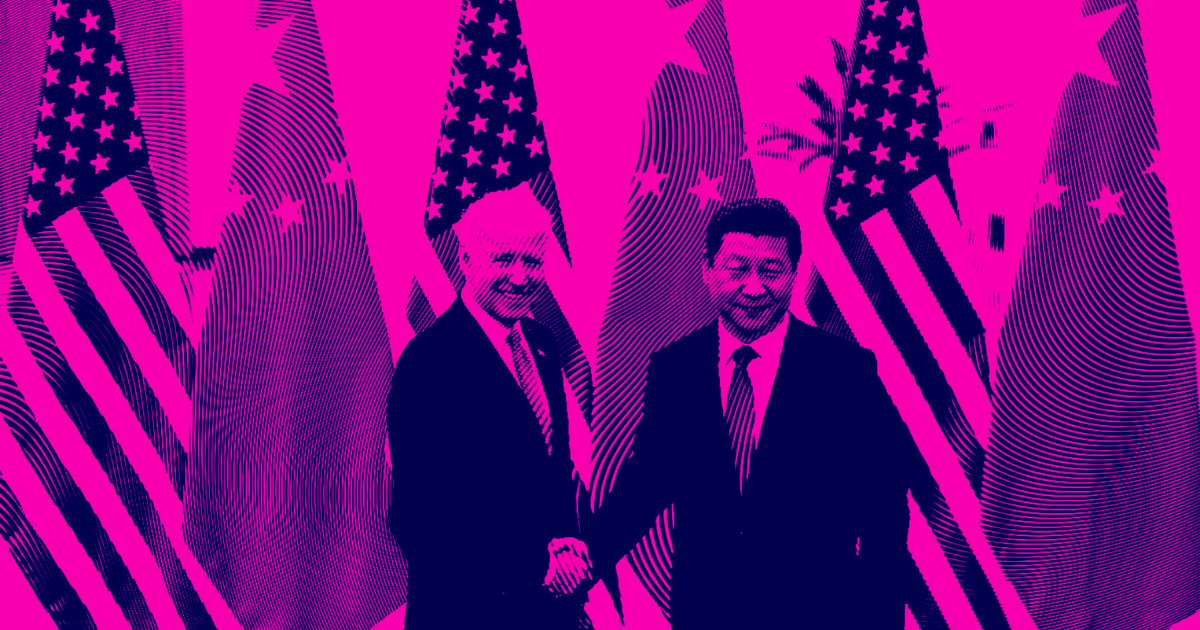 As a longtime Hawai’i resident, I have always scratched my head as to how Grover Cleveland — the president of the United States — had been so ineffective when it came to foreign policy. His efforts to right the wrong of the unauthorized armed invasion and imprisonment of Queen Liliuokalani in 1893 fell woefully short. Corporate and military forces influenced Congress to undermine the president and successfully orchestrate the overthrow of the sovereign nation of Hawai’i.

How could such a consequential misstep have been allowed to happen?

A similar betrayal took place on September 9, 2021. That’s when President Biden called President Xi of China to work toward rapprochement, only to be undermined the very next day by forces in his own cabinet in a way that may be sending us all careening toward WWIII.

Mr. Biden’s goal on the phone call was to ratchet down the brinkmanship that has been accelerating tension in the western Pacific for years. His key offering to Mr. Xi was the reassurance that the U.S. would continue to respect the One-China policy.

The One-China policy has been honored by the U.S. since 1972. It asserts that the U.S. acknowledges the Chinese position that there is only one China, and that Taiwan is part of it, not a separate nation-state. The policy calls for the U.S. to “officially” recognize China, rather than the island of Taiwan, but at the same time, the U.S. is free to continue a robust yet informal relationship with Taiwan, including limited non-sophisticated arms sales.

For all its ambiguity, the policy has kept peace in the Taiwan Straits for half a century. However, that has changed in recent years, as China’s influence in the world has grown at a rate that threatens U.S. hegemony. The U.S. does not wish to lose its influence in the waters around Taiwan, where trillions of dollars in trade pass every year. But that is what would happen if Taiwan were to eventually unify with China. In resistance to such a fate, the U.S. has responded by steadily and dangerously amping up military maneuvers in the South China Sea. China has followed suit, and we now find ourselves squarely in fever-pitch Cold War 2.0.

Mock battles over control of Taiwan are a recurrent scenario staged in frequent U.S. war exercises, which decimate sea life in the Pacific. Defending Taiwan was also a featured maneuver during the “Large Scale Exercise 2021,” when the U.S. Marines and Navy set up shop in Hawai’i for two weeks in August. Needless to say, China finds these exercises highly provocative and even insulting.

So, for Mr. Biden to pick up the phone to find a way to avert global war, the world should’ve been able to breathe a sigh of relief.

Unfortunately, that wasn’t in the cards. Mr. Biden’s own administration officials seem to have been very alarmed by their boss’s dovish behavior; so much so that they quickly worked to reverse his conciliatory tone. Anonymous sources leaked to the Financial Times that Washington was seriously considering changing the name of Taiwan's mission in the U.S. capitol from "Taipei Economic and Cultural Representative Office" to "Taiwan Representative Office." Sure to raise the ire of Beijing, the new nomenclature bestows near-embassy status, a ranking reserved only for full-fledged nation states.

Appearing the very next day, the Financial Times report was timed perfectly to overshadow Mr. Biden's phone call with Mr. Xi just the day before. The report also revealed that the inflammatory name-change idea was backed by White House Asia Advisor Kurt Campbell (colloquially known by the imperialist title of ‘Asia Czar’), the National Security Council, and officials from the State Department Bureau of East Asian and Pacific Affairs.

What’s in a name? A lot. One of China’s newspapers of record, the Global Times, angrily responded, “if the U.S. and the island of Taiwan do make the name change, it will mean Washington's basic abandonment of its ‘one-China policy.’”

The following day, another excoriating editorial in the Global Times implied that the duplicitousness of the U.S. is the reason that China must “firmly seize the strategic initiative of the regional situation.” The report resolutely continued, “Sending PLA fighter jets over the island of Taiwan is a step we must take.”

At the very least, the impact of fighter jets over Taiwan will send the commercial air industry  reeling, as hundreds of routes would have to be adjusted to circumvent trouble. If Taiwan fires back, strategic escalation would be rapid and risky.

Language out of China is consistently measured. They don’t tend to bluff. We should take this very seriously. The Global Times editorial assures, “Let us be fully prepared that there will be a showdown in the Taiwan Straits.”

So, there you have it. In only 24 hours’ time, the Financial Times story accomplished Mr. Campbell’s task: He and other high ranking officials succeeded in undermining Mr. Biden’s credibility and infuriating China. Most tragically, they sabotaged Mr. Biden’s desire to avert the perils of strategic war. Regional stability is spiraling downward once again.

Just as President Cleveland’s authority had been ignored in Washington to instead favor corporate and military interests, so it goes today. There’s big money in war with China. So much so that powerful people seem eager to risk the likelihood of Mutually Assured Destruction.

Koohan Paik-Mander, who grew up in postwar Korea and on the U.S. colony of Guam, is a Hawaii-based journalist and media educator. She is a board member of the Global Network Against Weapons and Nuclear Power in Space and the CODEPINK working group "China is Not Our Enemy." She formerly served as campaign director of the Asia-Pacific program at the International Forum on Globalization. She is the co-author of The Superferry Chronicles: Hawaii’s Uprising Against Militarism, Commercialism and the Desecration of the Earth, and has written on militarism in the Asia-Pacific for The Nation, Progressive, Foreign Policy in Focus, and other publications.