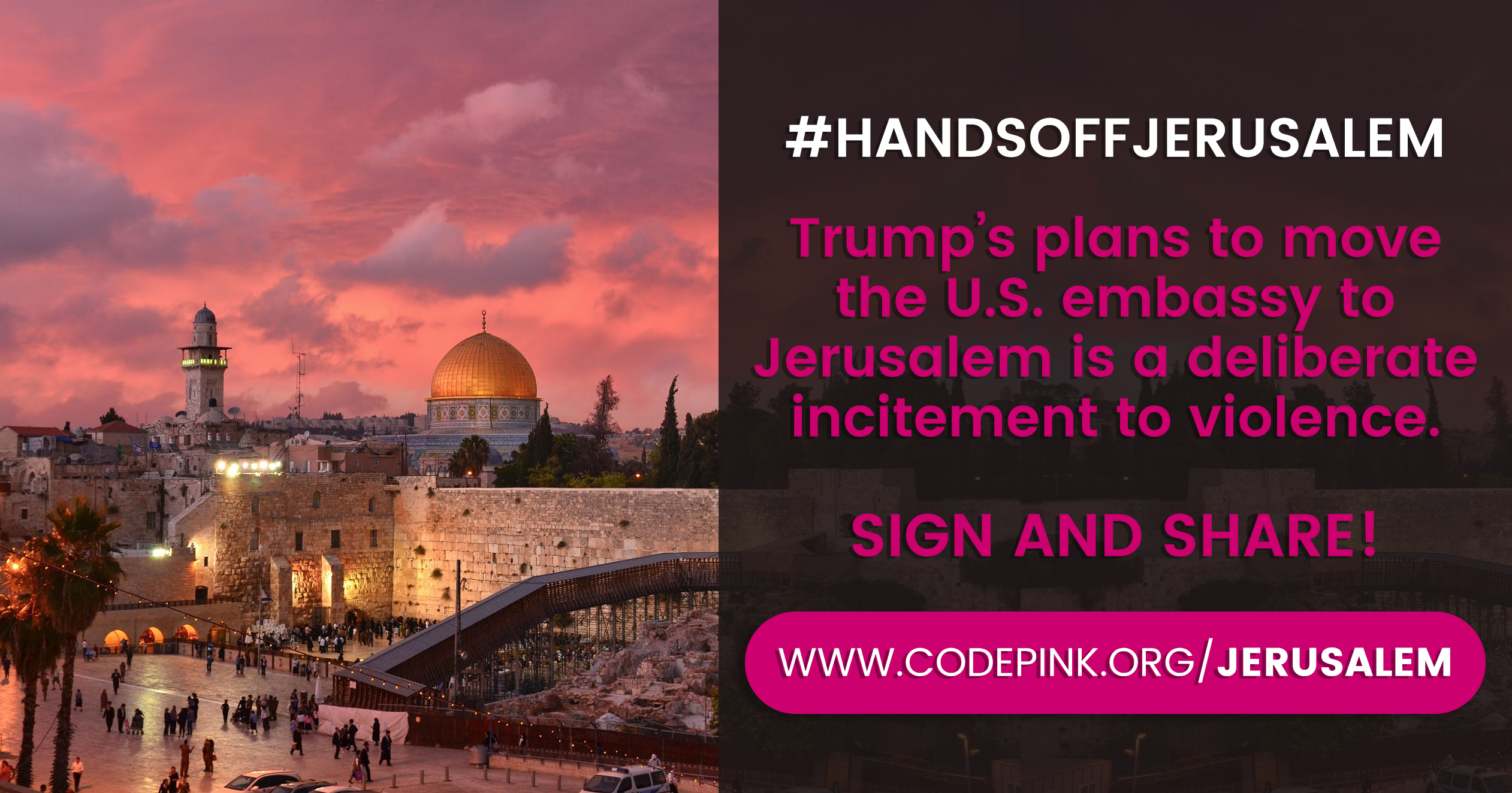 Donald Trump is playing with fire. Any moment now he is expected to announce Jerusalem as the capital of Israel and plans to move the US embassy from Tel Aviv to Jerusalem. His actions will contravene international law and decades of US foreign policy. It is likely to trigger a massive outbreak of violence.

Trump is throwing gasoline on a fire. Read and sign our statement in opposition to his intention to move the US embassy to Jerusalem and declare Jerusalem the capital of Israel.

Since the Jerusalem Embassy Act of 1995, which initiated moving the US embassy, every six months the President of the US has signed a waiver to keep the embassy in Tel Aviv. But now it looks like Trump will break with this policy. Moving the embassy, or declaring Jerusalem the capital of Israel, obliterates any claim that the US can be an “honest broker” in the Middle East. Countries across the Middle East, and even former Israeli ambassadors, are urging Trump cease and desist from his reckless course.

Palestinians in East Jerusalem already deal with home demolitions, residency permit revocations, denial of services and other attempts to remove them from their lands. They deserve human rights and recognition, not a further attack on their rights to self-determination.