We at CODEPINK oppose Trump’s plan to move the US embassy to Jerusalem or declare Jerusalem the capital of Israel. These actions contravene US law and will likely ignite a massive outbreak of violence. Jerusalem is holy to Muslims, Christians, and Jews. The UN and the international community recognize that the status of Jerusalem should be determined through negotiation.

If Trump moves the U.S. embassy from Tel Aviv to Jerusalem it will:

For the sake of peace and Palestinian human rights, we oppose moving the US embassy to Jerusalem and US recognition of Jerusalem as the capital of Israel. 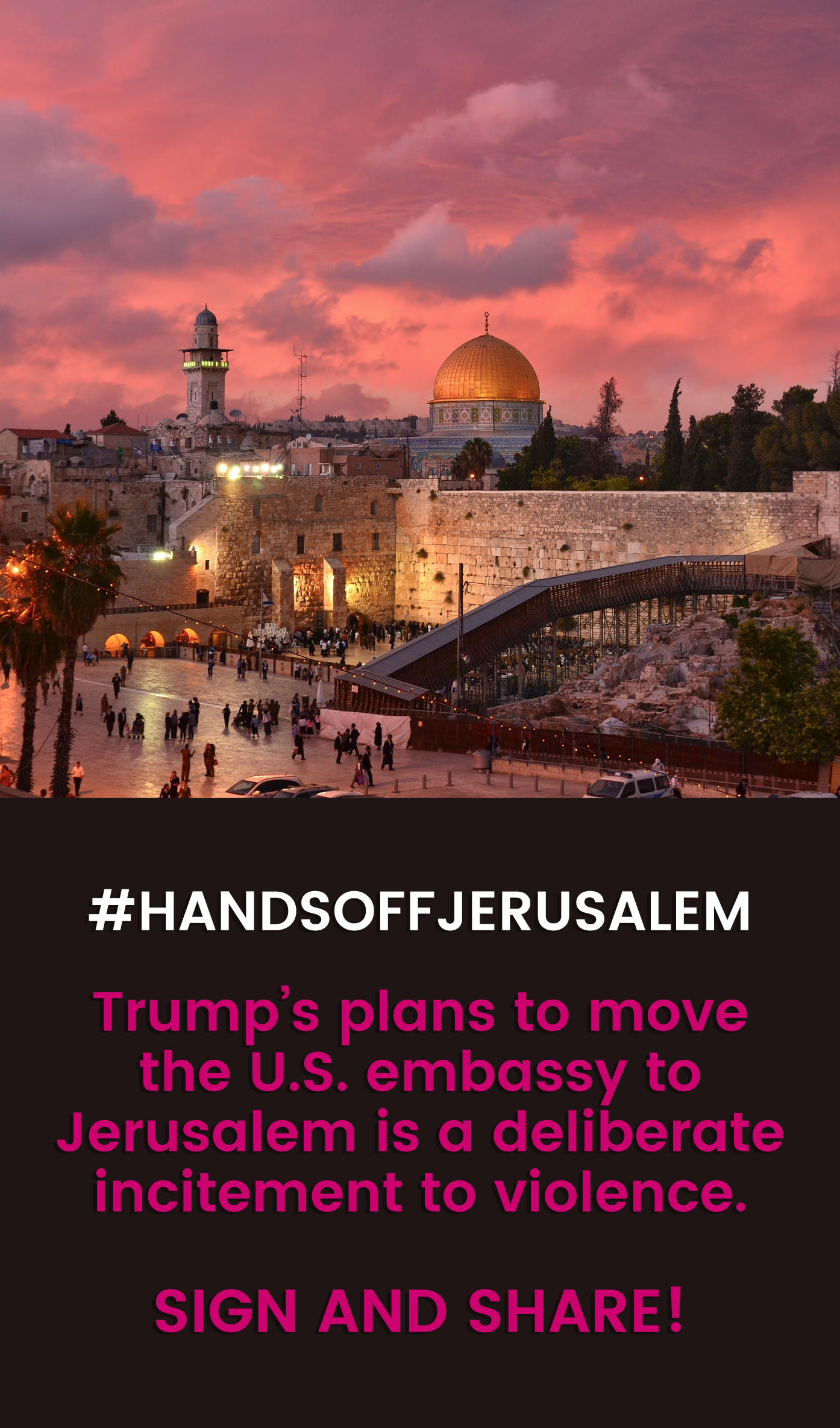