This bill could take us into war with Iran 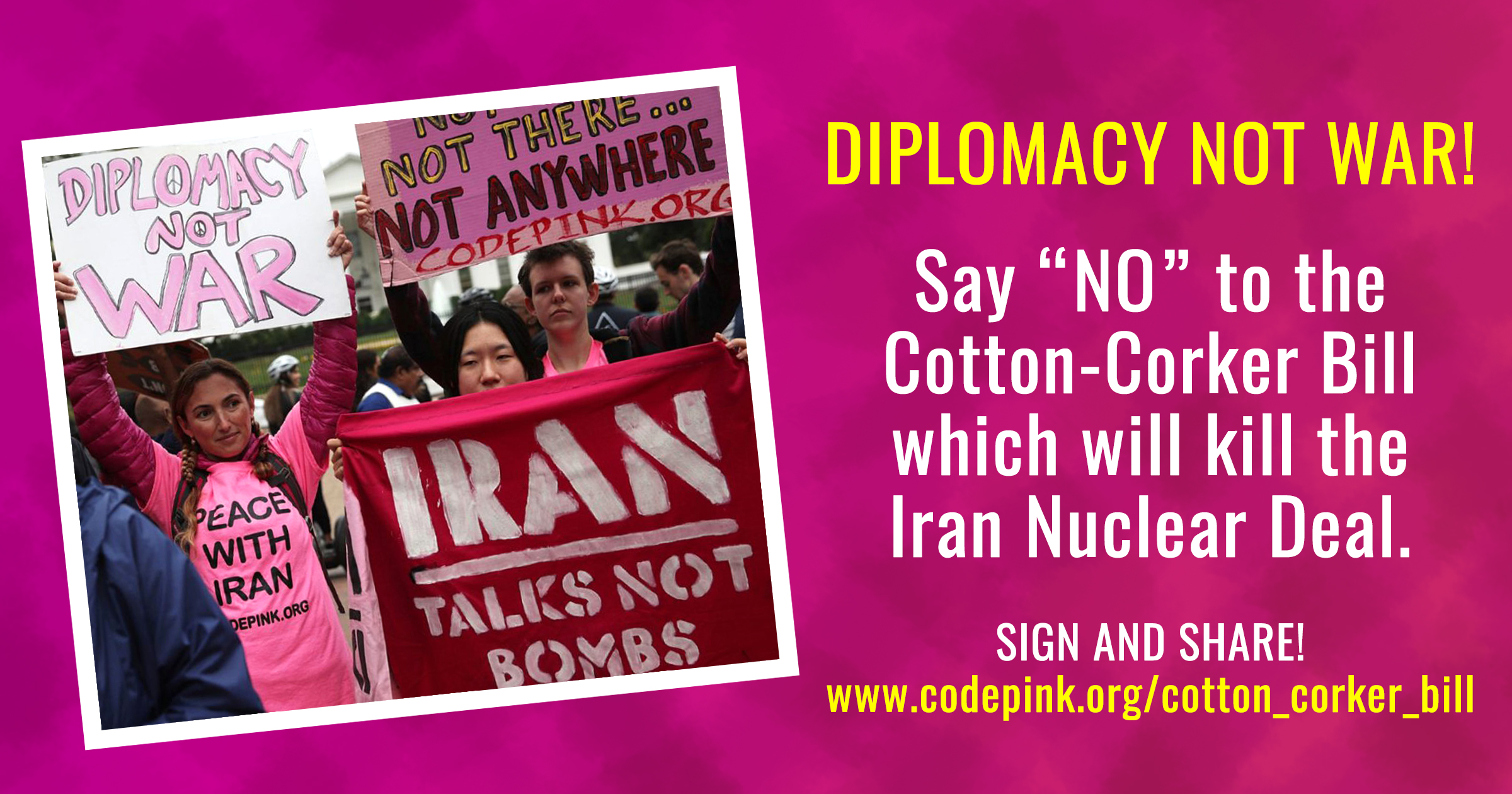 Republican Senators Tom Cotton and Bob Corker have introduced dangerous legislation that would amend the “sunset clause” and add “triggers” to automatically impose new sanctions within a year of Iran gaining nuclear capabilities. It is an attempt to re-negotiate an international agreement, and it would put us on a dangerous path towards war.

Iran’s compliance with the deal has been certified in eight reports by the International Atomic Energy Agency (IAEA) over the past two years. The other six countries involved in the deal want it to be maintained. Trump’s refusal to certify the agreement has already isolated us from our allies. Destroying the deal, as Cotton-Corker bill would do, would free up Iran to rapidly reconstitute its nuclear program. It would also send a dangerous signal to North Korea not to engage in talks. Read Medea’s article in TruthDig, 10 Reasons the U.S. Should Stick with the Iran Nuclear Deal.

Senators must not support the Cotton-Corker bill. Tell them to vote NO and to take leadership in protecting the Iran deal. Don't forget to share this message on Facebook and Twitter.