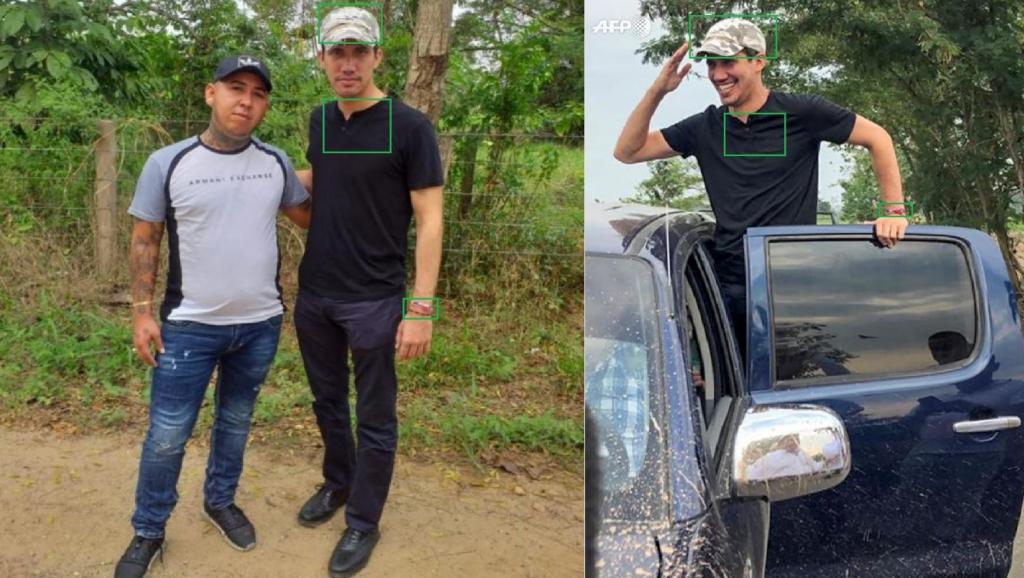 A growing list of Venezuelan opposition politicians appear to have ties with Colombian narco-paramilitaries. On September 24 at the Concordia Americas Summit in New York City, Lilian Tintori credited paramilitaries with helping her NGO, Rescue Venezuela, deliver aid in Venezuela. “Rescue Venezuela has the capacity to have humanitarian camps in each state of our country, and the people who help us do this are people around the states, the irregular groups and the paramilitaries as well.” Tintori is married to coup leader Leopoldo López and is one of the most influential opposition spokespersons, having changed U.S. policy toward Venezuela during a 2017 meeting with President Trump, according to the Washington Post.

Tintori later backtracked on her remarks, saying that she misspoke in her non-native tongue of English. Instead of paramilitaries, she claimed it is colectivos that are helping her NGO. Yet, this defense seems unlikely. Colectivos, or collectives, are one of the ways in which Venezuelan social movements organize. They are a boogeyman for opposition factions that denigrate expressions of people’s organizing and power. Tintori bears great responsibility for the demonization of colectivos; it’s unlikely that she would work with any colectivo, and it is even more unlikely that such groups would work with her.

Moreover, her remarks earlier at the same event contradict her claims of a language error: when speaking about Rescue Venezuela staff being kidnapped by irregular groups or paramilitaries between 2014 and 2016, she broke from English to say “grupos irregulares, paramilitares” in Spanish, ensuring she got her point across correctly. It is doubtful that she then forgot what “paramilitary” meant less than a minute later.

Yet her explanation denying her connections to paramilitary groups is at least slightly more plausible than Juan Guaidó’s, who after being confronted about photographs of himself with members of Los Rastrojos, the infamous Colombian narco-paramilitary cartel, claimed that lots of people take pictures with him. Days after those remarks, more images emerged showing Guaidó exiting a car with members of Los Rastrojos. Perhaps he also accepts lots of offers to be driven around by strangers. 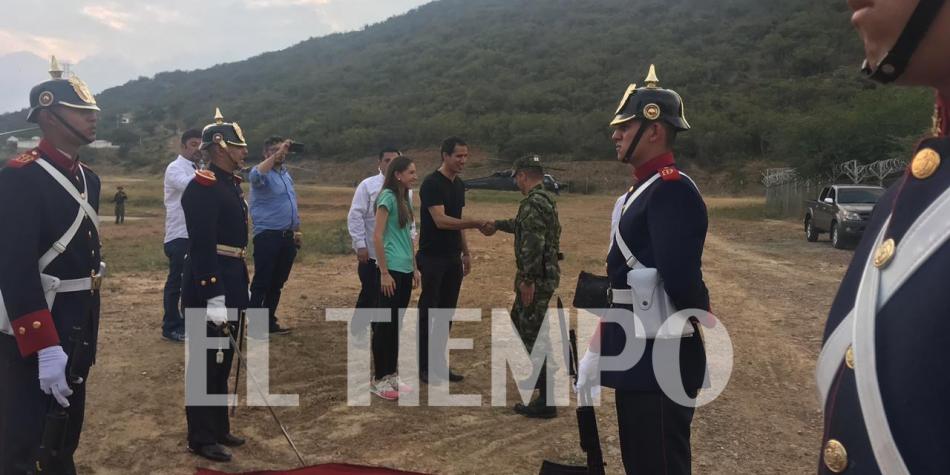 Juan Guaidó being received by the Colombian presidential honor guard, wearing the same clothes as in the pictures with members of Los Rastrojos. Photo: El Tiempo

The story behind the photographs is chilling. Guaidó went Colombia to attend a concert to raise funds for humanitarian aid on February 23, 2019, and to publicize the entry of US aid into Venezuela. The delivery of aid turned into a debacle, as opposition protesters on the Colombian side of the border burned aid trucks. According to Wilfredo Cañizares, the brave Colombian activist who broke the news, Guaidó entered Colombia with the help of Los Rastrojos, the Cúcuta mayor’s office and the Colombian Presidency, as locals were forced to stay inside for 24 hours so they would not witness the events. Days after Cañizares’ reporting, ‘Nandito’, a member of Los Rastrojos, corroborated and expanded on the story after being captured by Venezuelan authorities when he escaped an attempted hit by Los Rastrojos in Colombia. In retaliation for fleeing, four members of his family were murdered. ‘Nandito’ said the following:

“Governor Leidy Gómez sent a confidant ... who presented herself as the governor’s right hand, who came with… directions that had already been sent by Roberto Marrero, Juan Guaidó’s political chief… Marrero said that he needed ‘Necocli’ [a member of Los Rastrojos] … to fully guarantee Juan Guaidó’s passage to Colombia, giving him all the security possible so he could make it to the concert… On [February 23], Juan Guaidó … met for 15 to 20 minutes with ‘el Menor’ and ‘Brother’ and ‘Coqui’… They later asked him for a picture, which I took with my telephone… I heard them say these pictures had to be saved for use in the future … so Los Rastrojos could move freely through the border area without military pressure, without pressure from the government. That is the deal I heard for Juan Guaidó’s passage into Colombia.”

Leidy Gómez is the opposition governor of the Venezuelan border state of Táchira and belongs to Acción Demócratica (Democratic Action), one of the oldest parties in Venezuela, which was relatively moderate in the past but is now clearly embracing the extremist path of Primero Justicia (Justice First) and Juan Guaidó’s Voluntad Popular (Popular Will).

The first signs of cooperation between Los Rastrojos and the Venezuelan opposition are already being felt by ordinary Venezuelans. Kidnappings and other crimes in Táchira are spiking in 2019 despite a nationwide 41% decrease in the former and a 29% decrease in the latter. According to Insight Crime, this “coincides with the proliferation of armed groups in the border state, who are attracted to the area by criminal enterprises derived from the forced migration of Venezuelans.” This forced migration is largely a result of the economic war being waged by the United States, an illegal collective punishment that threatens all Venezuelans.

In response to the criminal threats, as well as to attempted bombings and assassinations planned from inside Colombian territory, the Venezuelan government deployed troops along the border, despite the increased risk of false flag operations. As Venezuelan website MisionVerdad reported, this deployment has resulted in strategic losses for Los Rastrojos, including the seizure of 31 thousand liters of fuel that was to be smuggled (one of the narco-paramilitary cartel’s sources of income), the identification and dismantling of a telecommunications base, and the seizure of 3.5 tons of drugs and 7 tons of precursor chemicals. The danger to Venezuela from the opposition’s ties to Los Rastrojos is evident, yet the presence of Venezuelan troops on the border is used by U.S. politicians as evidence of aggression, leading them to conclude that Venezuela is a regional threat.

Perhaps the most troubling aspect of this cooperation is how Colombian paramilitaries are influencing the extremist opposition. There is a state-sponsored political genocide being carried out by paramilitaries in Colombia, where more than 700 human rights activists have been killed in the past three years. Violent actors in Venezuela appear to be inspired by this paramilitary terror. The plotters of a failed June 2019 coup threatened to massacre Chavista social leaders and colectivos, and explained how snipers could easily kill 50-60 Chavistas “in one blow” should they come to the defense of President Maduro. According to the Venezuelan government, the plotter in question, a former police officer, was found to have ties to Colombian narcotraffickers. The nexus of paramilitaries, drug traffickers, right-wing Venezuelan politicians and the Colombian government is a danger that should not be underestimated.