The U.S. Struggle for Justice for Palestine Begins a New Chapter 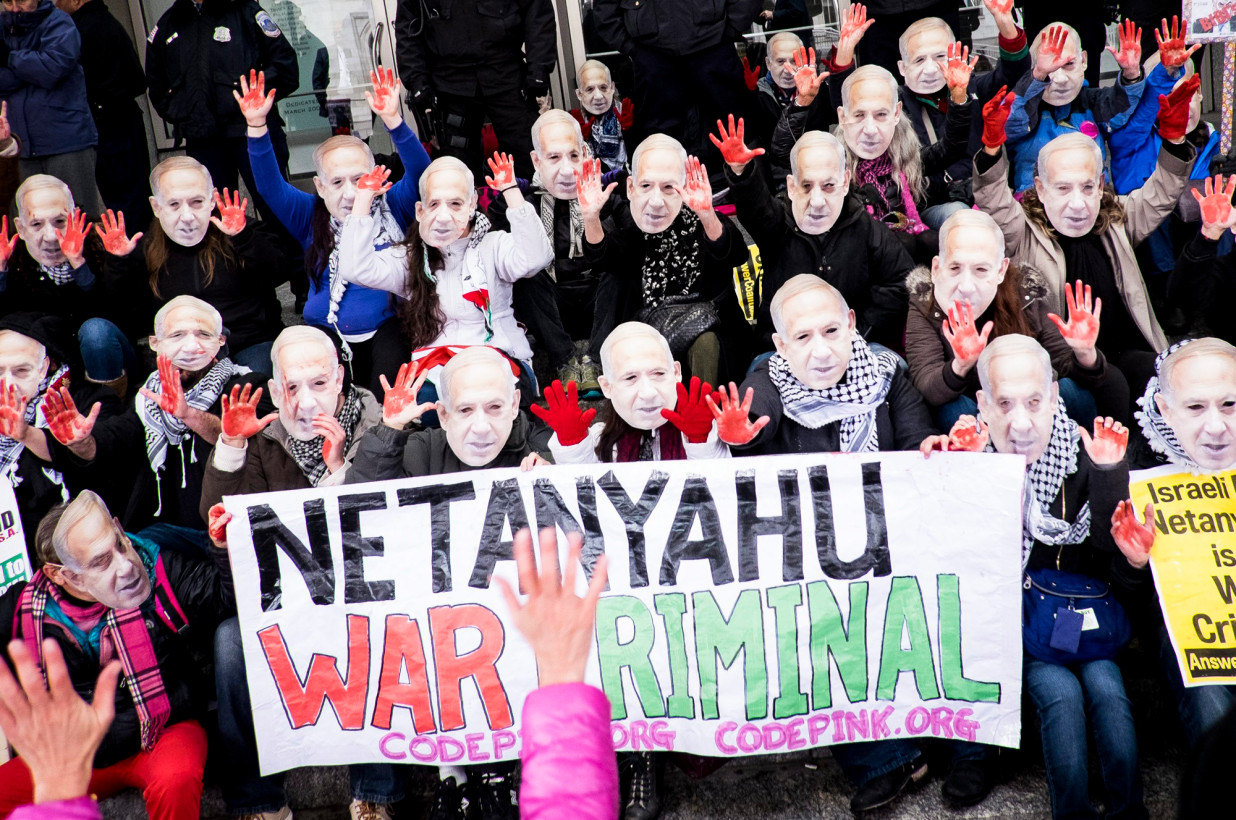 By Ariel Gold and Mary Miller

2020 has indisputably been a chaotic year. From the coronavirus pandemic and subsequent disruption of daily life, to the killing of George Floyd and the passionate resurgence of the Black Lives Matter movement that followed, to the looming general election: there has been plenty occupying the minds and newsfeeds of Americans. But in between all the headline-grabbing stories, another movement has been gaining traction: the effort to end the United States’ enablement of Israeli apartheid and finally bring peace and justice to the Palestinian people.

Israeli Prime Minister Benjamin Netanyahu was set to announce plans to annex parts of the West Bank on July 1. That date has come and gone, and still no formal announcement has been made. But what is perhaps most noteworthy about this incident isn’t that Netanyahu almost moved from de facto to de jour annexation of the West Bank, but that the response from influential members of Congress made it clear that, should Israel plan to move forward with annexation, it would not go without consequence.

On June 30, Reps. Alexandria Ocasio-Cortez and Pramilla Jayapal sent a Dear Colleague letter to Secretary of State Mike Pompeo, expressing concern that annexation would “lay the groundwork for Israel becoming an apartheid state” and calling for the non-recognition of annexed land and withholding of some of the $3.8 billion in military funding the US sends to Israel every year. Her compelling letter was signed by a dozen other Congresspeople, including influential figures such as Rep. Ayanna Pressley and Sen. Bernie Sanders.

The AOC-Jayapal letter on annexation made headlines and sent the Israel lobby into a tizzy, frantically trying to stop any other lawmakers from signing on. But just a few days later, on July 2, another unexpected action came. Sen. Chris Van Hollen, supported by Senators Sanders, Warren, Leahy, and others, filed an amendment to the National Defense Authorization Act to prohibit US military aid from being used in any annexation activities.

Neither of these historic developments in Congress came out of the blue. They were both preceded by the tireless efforts of countless individuals and grassroots organizations. For instance, a group of over 120 Palestinian Americans, including Noura Erekat, Omar Baddar, and Osama Abuirshaid, recently collaborated on a list of “Palestinian Principles”, outlining the rights of their people and their demands of American politicians. And late in June, CODEPINK organized a letter to Democratic candidate for president Joe Biden, urging him to revise the callous and combative statement regarding the Palestinian struggle published on his campaign website and reconsider his support for Israel. The letter was co-signed by over 100 progressive organizations, including American Muslims for Palestine, the Council for American-Islamic Relations, Jewish Voice for Peace, and If Not Now, and more than 3,600 individuals.

The letter to Joe Biden is far from CODEPINK’s first effort to disentangle the US government from Israeli violence and oppression. Projects CODEPINK has undertaken over the years for Palestinian rights include boycotting Israeli skin care company Ahava, the Gaza Freedom March, the Stolen Land campaign targeting Airbnb, petitioning Congress to address military attacks on Gaza, advocating for the freedom of Palestinian political prisoners, and more. One particularly long-running campaign that CODEPINK and many others have been engaged in is the effort to reduce the American Israel Public Affairs Committee (AIPAC)’s grip on the American government. For over a decade CODEPINK has protested outside and within the annual AIPAC convention in Washington, D.C. and urged congresspeople to decline to attend the convention as well as AIPAC’s annual propaganda tour of Israel.

Back in 2015 — on the eve of Congress’s vote on the vital Iran nuclear deal, despite a robust campaign by CODEPINK and allies — only three of the more than 50 freshmen congresspeople were brave enough to decline to attend AIPAC’s trip. But such a low success rate in 2015 didn’t stop activists from educating and petitioning members of Congress to break with AIPAC. In fact, rather than packing up and going home, we redoubled our efforts: flash forward to 2019 when around half of the freshmen class of Congress confirmed they would be skipping the trip. And it hasn’t just been among congresspeople where change has taken place: this spring, almost all of the Democratic presidential candidates — Kamala Harris, Elizabeth Warren, Bernie Sanders Kirsten Gillibrand, Amy Klobuchar, Beto O'Rourke, Julian Castro, Pete Buttigieg, and Jay Inslee — announced they would decline to attend AIPAC’s conference in March.

Activism can often feel like an uphill battle — pouring endless hours of work into fighting for even the most modest victories. But looking back at a movement’s earlier stages makes it clear how much progress has been made — and things certainly have progressed for the Palestinian rights movement since CODEPINK joined the fight in 2008. But activism is only one part of the equation. Why does it seem that the movement to bring justice to Palestine is suddenly gaining momentum? What has changed since we used to protest outside the AIPAC convention with barely anyone paying attention? And what might we see next in the anti-militarism Palestinian rights movement?

One factor is that public opinion toward Israel and Palestine is shifting. Annual Gallup polls show that the American people’s support for Palestine has been trending upward since 2013. In February 2020, 23% of those polled stated sympathy toward Palestine — a high not seen since 1990. This should not come as a surprise, considering that America is widely believed to be evolving to be more progressive as Generation Z comes of age and heads to the polls. Furthermore, the role of the internet in this widespread ideological shift cannot be overstated. For the first time in history, we are able to see newsworthy events from around the world happening in real time. And, thanks to social media and alternative media outlets, we are able to hear from the perspective of Palestinians themselves who are otherwise not given the platforms to speak that Jews are. It has become far more difficult for injustice of any kind to continue, unseen and unaddressed.

Additionally, we must recognize that the change happening now cannot be credited to any one action, individual, or organization. Rather, it is the culmination of countless efforts and the work of several groups. In recent years, the broad pro-Palestine movement has seen several campaigns from a variety of diverse voices: the Boycott, Divestment, Sanctions (BDS) movement, supported by many pro-peace groups; Jewish Voice for Peace’s #ReturnTheBirthright project; Defense for Children International—Palestine and the American Friends Service Committee’s work to end the Israeli military detention and abuse of Palestinian children; and American Muslims for Palestine’s annual Palestinian advocacy day, to name only a few. It is easy to disregard or discredit the words and actions of just one individual or group. But when many of us unite to work toward a common goal, it is hard for even the most cantankerous critic to ignore.

A third factor pushing Palestine to the front of people’s minds and conversations is the global coronavirus crisis. The pandemic has been and will continue to be difficult and dangerous for everyone, but the threat is especially dire for communities that are already vulnerable. Due to decades of occupation and siege, Palestine, and Gaza in particular, is not equipped to handle a health crisis of this scale. Equally troubling is the economic turmoil the pandemic will inevitably lead to, and the human rights abuses that will invariably occur as the rest of the world is distracted. These are unbearably overwhelming times, but the world has not forgotten about Palestine. If anything, this disaster might be inspiring more generosity and solidarity than before.

The progress and victories of recent years absolutely are a cause for celebration. But it is important to keep in mind that the fight is far from over. Regardless of whether or not Israel moves forward with formal annexation any time soon, there still remains the constant threat of creeping annexation and the endless, everyday violence and discrimination imposed by Israel. The past several months have been exhausting for everyone, but the people of Palestine need support now more than ever. This is the time to escalate our activism, not let it fade away.

No one can say for sure what the future of the Palestine peace movement will look like. Unfortunately, neither President Donald Trump nor presumptive Democratic candidate Joe Biden is very sympathetic toward the cause. But an optimist might say inaction or callousness in the White House could serve to further inspire Congress and activists to return to the fight with a renewed passion. As we move into the second act of a painful and disheartening year, let us try to remain hopeful, determined, and dedicated to spreading peace around the world.

You can take action to support Senator Van Hollen's legislation to prohibit U.S. assistance to Israel — almost $4 billion a year —  from being used for illegal Israeli annexation.

Mary Miller is a campaigner CODEPINK 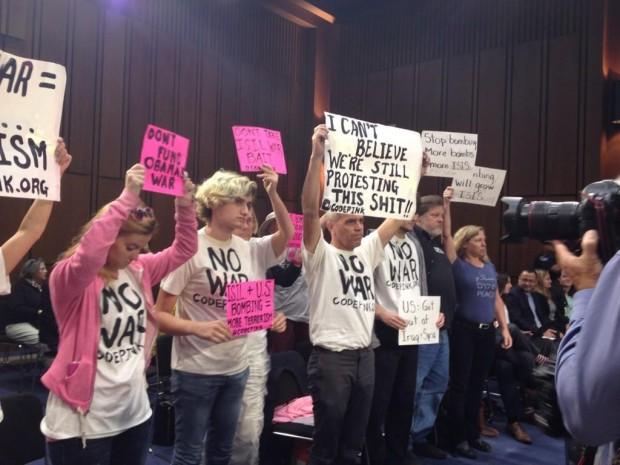 Biden’s Reckless Syria Bombing Is Not the Diplomacy He Promised

What Planet Is NATO Living On?

Is Biden Committing Diplomatic Suicide Over the Iran Nuclear Agreement?