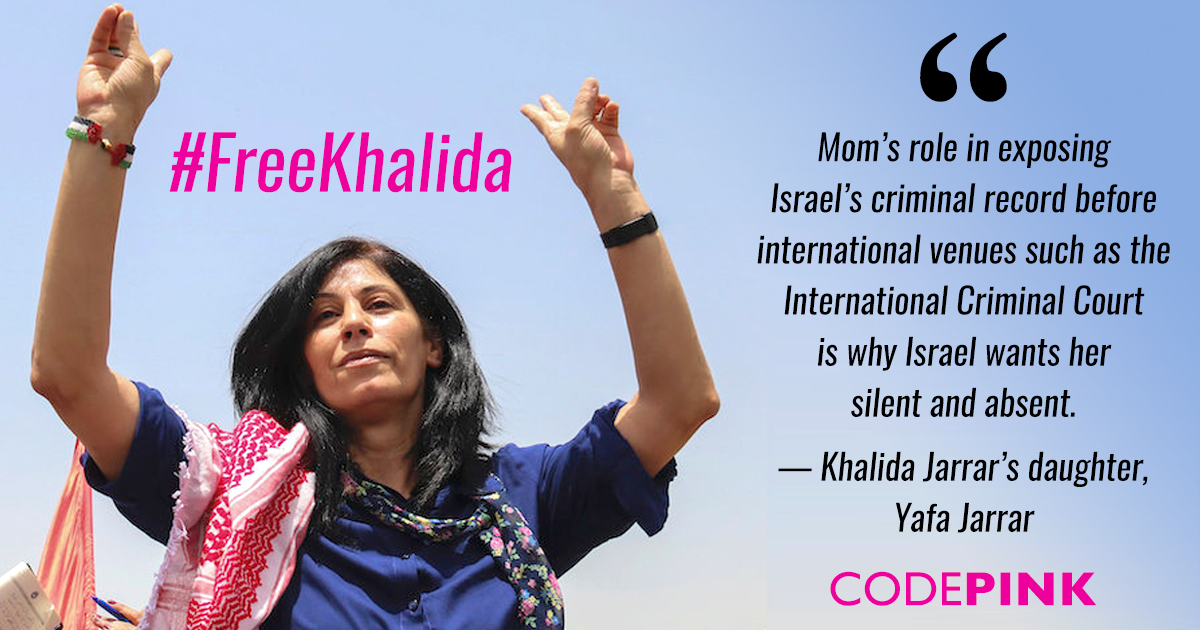 On Thursday, October 31, 2019, the Israeli military arrested Palestinian feminist, lawmaker, and political prisoners’ advocate Khalida Jarrar. On November 2, 2019, Israel’s military court ordered her to remain in prison for at least another eight days. And this is not Jarrar’s first unlawful arrest. Last winter, Jarrar was released from prison after being held from July 2017 to February 2019 under administrative detention which allows Israel to detain Palestinians indefinitely without charge or trial and based on secret evidence — Jarrar is one of 5,500 Palestinian political prisoners being held under Israel’s abusive administrative detention.

It is shameful that our government turns a blind eye to Israel’s blatant targeting of activists and continues to fund its apartheid. Please tell Congress to pressure the Israeli government to release Khalida Jarrar and take a stand for all Palestinian political prisoners in administrative detention.