Tell Your Senator: No Weapons to Saudi Arabia! 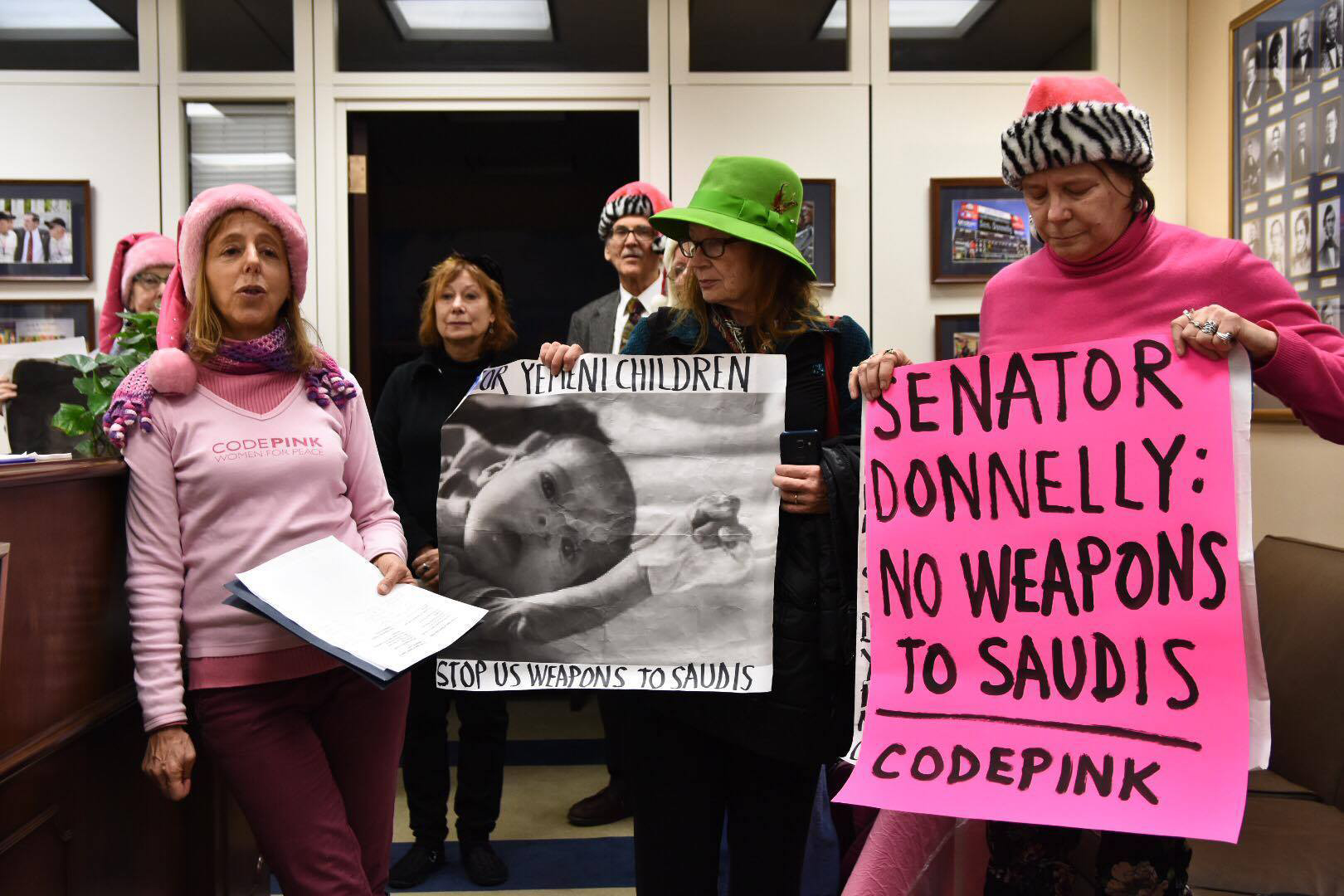 Did you know that your senator is only one of five Democratic senators (Claire McCaskill of Missouri, Joe Donnelly of Indiana, Mark Warner of Virginia, Bill Nelson of Florida, and Joe Manchin of West Virginia) who voted to continue providing Saudi Arabia with weapons to bomb Yemen?

This week, we were in the Senators' offices calling for a change of heart. Please reinforce our message by urging your senator to call for a ceasefire and an end to the Saudi blockade of humanitarian aid, and to co-sponsor SJ Resolution 40, limiting US military sales to Saudi Arabia.

Now the situation is even worse. Not only has the war escalated in recent weeks, but the Saudis have imposed a blockade that is keeping food and medicines from millions of people in desperate need.

Urge your Senators to put out a statement about ending the blockade and the war, and to co-sponsor SJ Resolution 40, which would limit US military sales to Saudi Arabia.