Take it to your Congressperson! 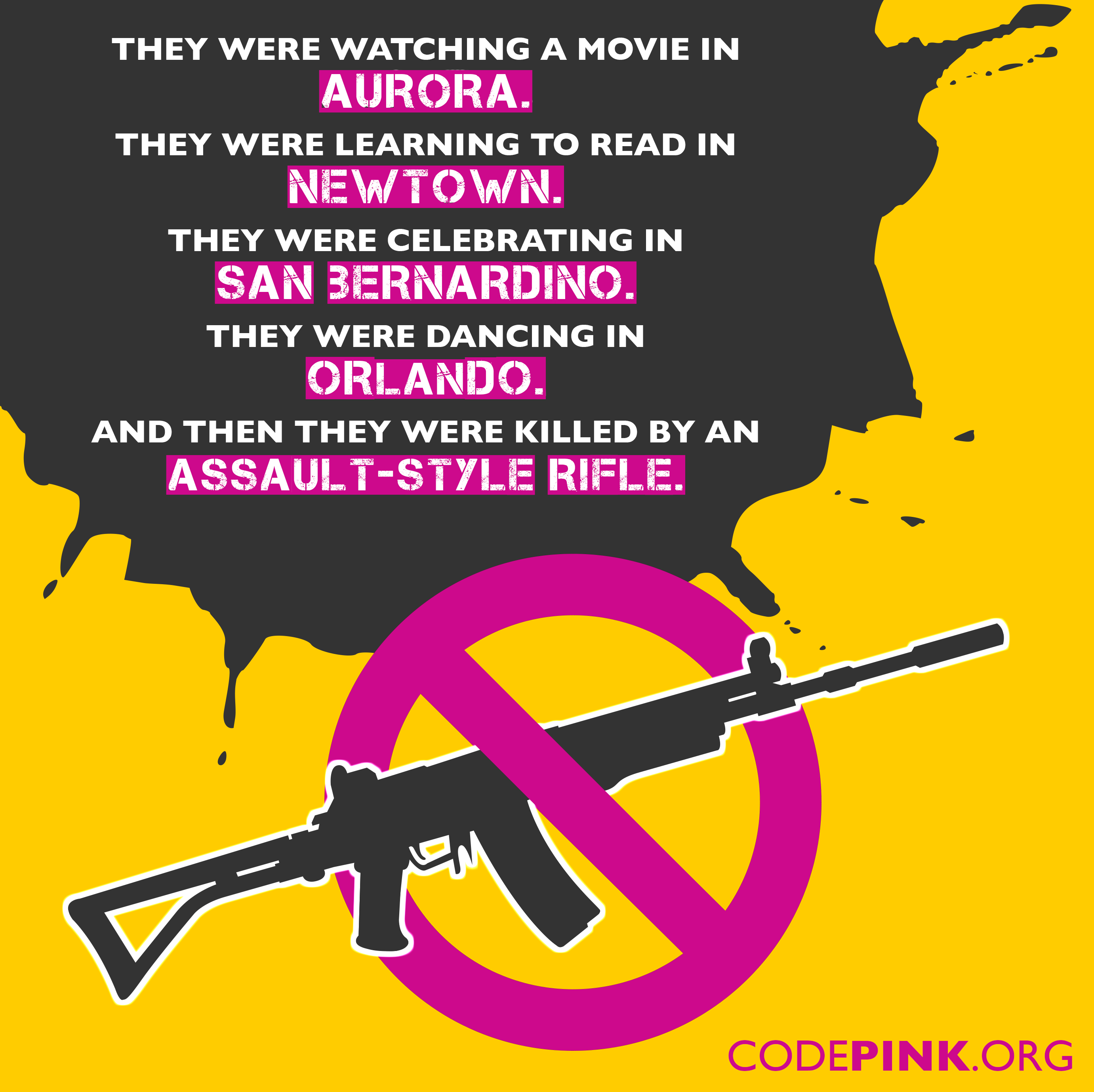 Last week, Congressional Democrats made a splash in the media with a sit-in on the floor of the House of Representatives and a social media campaign called #NoBillNoBreak. We were thrilled by the action, even if we were skeptical of their demands – including their support for using the unconstitutional “terrorist watch list” that discriminates against Muslims – because it seemed that some members of Congress were finally getting serious about gun violence. Sadly, we were disappointed once again when the protesting members of Congress caved and went on break even though no bill was ever put up for a vote. Now members are back home in their districts and we have a real opportunity to press them – in person – to back the assault weapons ban, H.R. 4269.

Contact your member of Congress and demand REAL gun law reform: Tell them to co-sponsor H.R. 4269, a bill that would ban assault weapons!

Members of Congress are back in their home districts for the Independence Day break – which is a great opportunity for us to demand they back REAL gun law reform! The coalition we work with is organizing to meet with and push members of Congress to support the assault weapons ban bill, H.R. 4269, during the break – everything from in-district meetings to sit-ins! If you’re interested in joining an action in your district, contact CODEPINK's Chelsea Byers for more info.

Even if you can’t make a sit-in or other action in a district office, you can still make a difference while members are on break by calling your Representative and asking them to co-sponsor H.R. 4269, a bill that would ban assault weapons. Click on the link to find out how to get your Congressperson’s local office number, a sample message and instructions on how to make a call. Then, after you call, let us know how it goes!

Call your Congressperson while they are home for the Independence Day break and let them know your community wants them to take REAL action to prevent gun violence!

Thank you for your commitment to a world free of gun violence.

P.S. Join us to bring our message of gun violence prevention and our entire Peace Positions platform to the conventions! Click here to find out how to join us in Cleveland and Philadelphia for the RNC and DNC!