Tell Your Senators: Vote NO on Congress’s New Anti-China Bill! 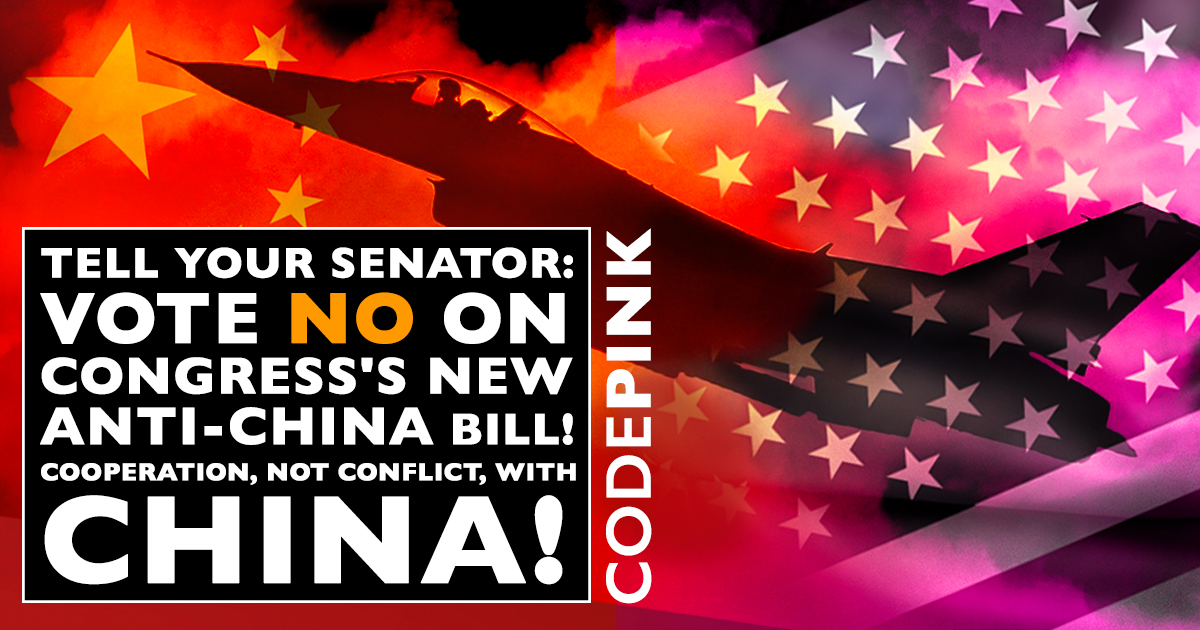 Contact your senators now and demand they VOTE NO on the Strategic Competition Act, which would increase military funding to escalate U.S. aggression towards China and endanger Asians and Asian Americans at home.

As part of the U.S. government’s bipartisan efforts to escalate aggression towards China, U.S. Senators Menendez and Risch have introduced an expansive new anti-China bill.

On April 21, the bill passed the Senate Foreign Relations Committee by a 21-1 vote, and it will now go on to the Senate. Before it gets rushed through the legislative process with bipartisan support, let your senators know that military aggression and hostile competition are not the answer to the U.S.’s issues with China. Instead, cooperation with China on global crises is urgently needed for the survival of the planet and humanity. Use our tool below to email your senators.