Stand up for our Muslim brothers and sisters 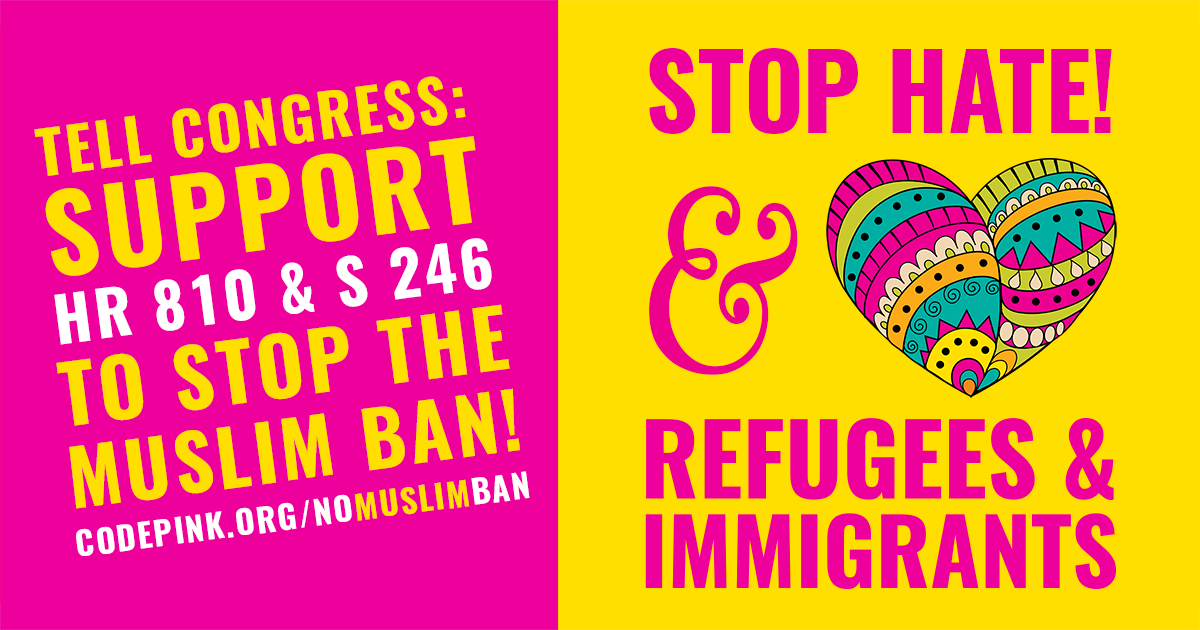 Inna lillahi wa inna ilayhi raji'un
Indeed we belong to Allah, and indeed to Him we will return

Enough is enough. We are absolutely heartbroken by the terrorist attacks in two New Zealand mosques that massacred 49 Muslims and injured dozens more during Friday prayers. The shooter, a white supremacist, left behind a 74-page manifesto filled with anti-Muslim and anti-immigrant hate that was inspired by U.S. right-wing extremism and President Trump himself, reading, "Trump is a symbol of renewed white identity and common purpose."

Hate crimes against Muslims, Jews, blacks, and immigrants are rising. Islamophobia is real and goes unchecked when Trump uses anti-Muslim rhetoric like “I think Islam hates us” and says things like “Criminals and unknown Middle Easterners are mixed in,” referring to the migrant caravan. Islamophobia spread like wildfire with Trump’s first executive order: the Muslim ban. That’s why we’re calling on our representatives to support H.R. 810 and S. 246 that would prohibit the use of any funds to implement Trump’s Muslim ban. Please send a message now.

Condolences, prayers, and condemning the attack in New Zealand will not be enough when there is a Muslim ban in the U.S., reinforced by calls for Rep. Ilhan Omar, one of the first Muslim women in Congress, to resign. We must take action and stand with our Muslim brothers and sisters.

Trump’s discriminatory Muslim ban stems from deep hatred and fear. It separates families from each other, prevents students from coming into the country for education, and stops those in “banned countries” from receiving life-saving medical treatments in the U.S.

During these dark days, it’s important for our communities to come together. We will mourn with our Muslim brothers and sisters on this tragic day and stand with them against hate all over the world. Islamophobia is rising globally and is fueled by hateful rhetoric from Trump, Netanyahu, Bolsonaro and other right-wing racist politicians. Contact your representative now and tell them you will not stand for hate. Tell them to end the Muslim ban.

We will not be silent.

PS: Join us in supporting the mosque shooting victims and their families by contributing to this fund set up by the New Zealand Islamic Information Centre.