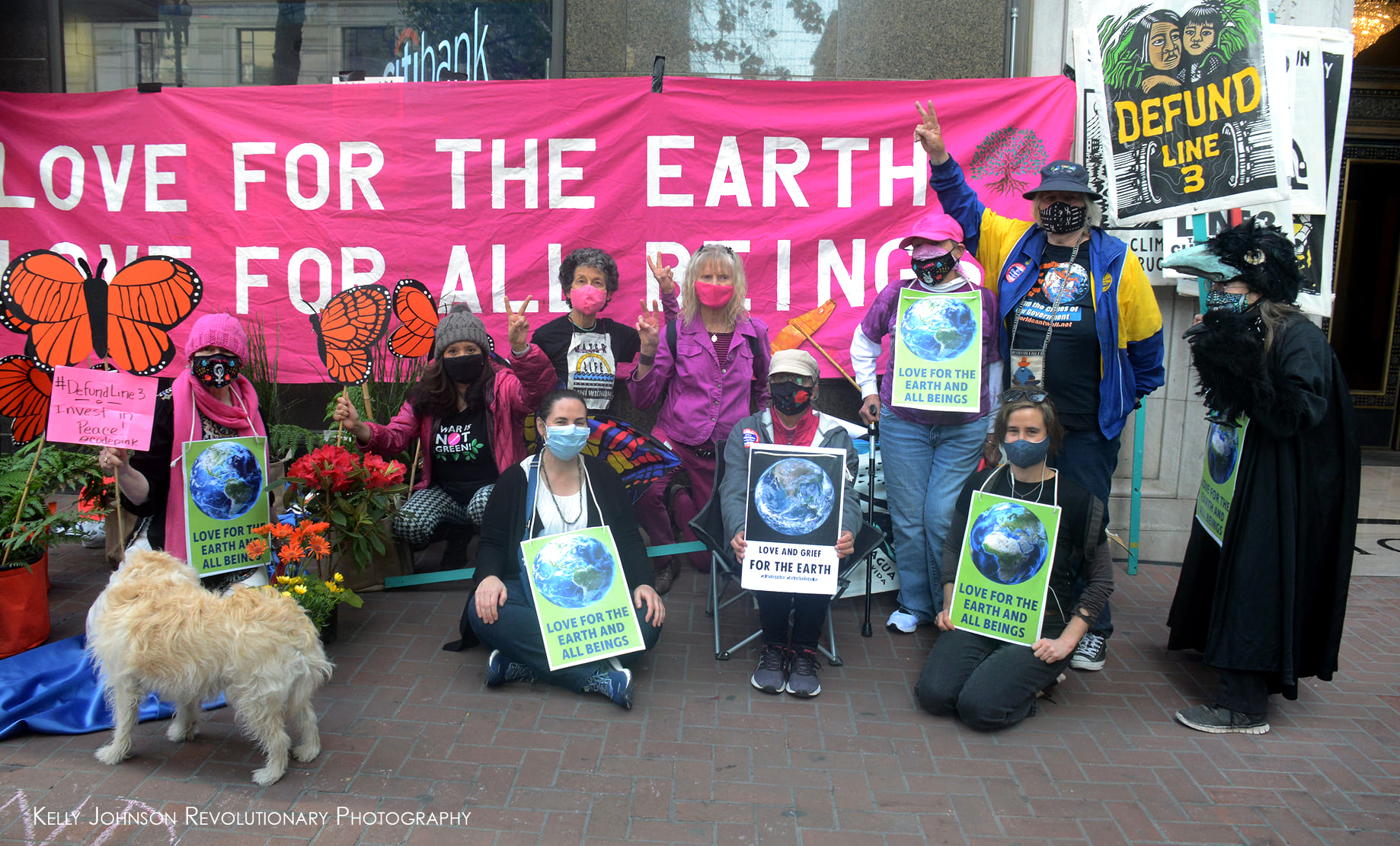 New York Climate Week starts September 20, and CODEPINK will be there to shame the polluters and war profiteers responsible for destroying the planet. Climate Week is the biggest US-based event before the COP26 climate conference, scheduled in Glasgow, Scotland, from November 1 through the 12th. That means it is critical to build as much momentum as possible to demand action on climate change, war, and militarism, including a complete end to nuclear weapons.

According to Don't Bank on the Bomb, BlackRock invests millions in nuclear weapons manufacturers such as Aerojet, Airbus, BAE Systems, Boeing, BWX, Fluor, General Dynamics, Honeywell, Lockheed Martin, Northrop Grumman, and more. Even though BlackRock claims it is serious about climate change, investing in nuclear weapons contradicts its company statement for a cleaner, greener planet. BlackRock is the world’s largest financial backer of climate destruction and weapons of war. If they care about the earth, then BlackRock must have zero investments in nuclear weapons. Please send a message to BlackRock execs as we pressure them to divest from nuclear weapons leading up to the climate talks in Glasgow, Scotland.

On January 22, 2021, the Treaty on the Prohibition of Nuclear Weapons (TPNW) entered into force. As a result, BlackRock and other investors are responsible for respecting the planet and human rights – human rights inside and outside the workplace, including those directly harmed by the weapons used at home and overseas.

☢️ Nuclear weapons are indiscriminate by nature and cannot contain:

Therefore, BlackRock must stop investing and profiting from nuclear weapons and the severe risks to the planet and humanity.

BlackRock has a responsibility to the global community to consider the dangers of nuclear weapons in its investment decisions and holding companies and themselves accountable. If BlackRock is serious about the environment, it must have zero investments in nuclear weapons. So please send a message to BlackRock execs telling them to stop investing in nukes.

With environmental disasters occurring across the globe, it is crucial to respond to this moment in history. While we continue to be in the streets in New York and Glasgow, BlackRock needs to connect to all the issues: the needs of the people, the climate crisis, and the continued funding of weapons which is an existential threat to life on the planet. Send them an email now!

P.S. You can buy your very own "Imagine a world without weapons" t-shirt" or our brand new floral t-shirt, now available on our online store!