Rise and Fast for Yemeni people, immigrants and refugees in LA! 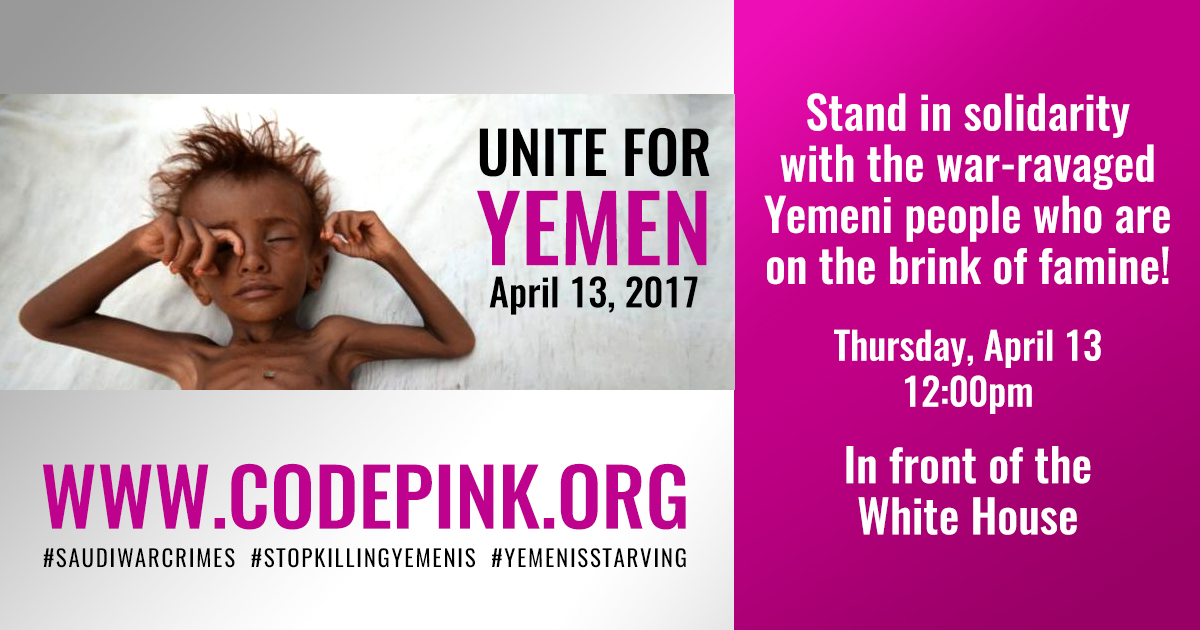 In the midst of this climate of uncertainty and fear, our faith traditions compel us to see, pray, and act to challenge injustice and suffering. Join faith, community, immigrant and civil rights, worker, labor, peace leaders on Passover and Maundy Thursday--a special and holy time of year for many people--as we gather in sacred resistance to tell ICE to stop tearing families apart and the US to stop war and militarization!

Who: Clergy and Laity United for Economic Justice, Bend the Arc Los Angeles, the Episcopal Sanctuary Task Force of the Diocese of Los Angeles, the National Day Laborer Organizing Network, and CODEPINK

Join CODEPINK Thursday, April 13 for an action in LA and/or participate in the hunger strike in solidarity for the people of Yemen.

As we fast from all solid foods, we urge others to join us in calling for a humane response to the famine facing Yemeni civilians whose country has been ravaged by civil war and regularly targeted by Saudi and U.S. airstrikes. Let us know why you are fasting.

If you can’t make it to the streets in NYC, LA, or DC, you can post your message of support for Yemenis using the hashtags #RememberYemen #YemenIsStarving (don't forget to tag us!), or plan an action in your local community. Let us know if you want to organize any actions locally on April 9th to16th so we can support you. If you are fasting- please consider donating your lunch money to feed starving people in Yemen

*Check out our Fast Tips and Recipes.