Ring in the New Year with Peace!

A new year has begun, and we are kicking it off with three creative actions, including a CODEPINK-style Inauguration Day social media presence on January 20th, the celebration of the illegality of nuclear weapons under international law on January 22nd, and the Global Day of Action to Stop the War on Yemen on January 25th! 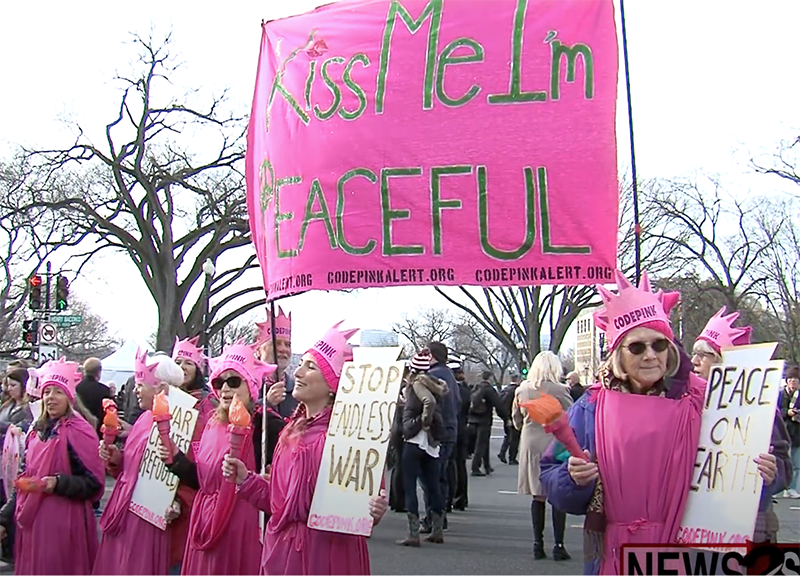 Join Medea Benjamin for a virtual event at Busboys and Poets in conversation with Angela Davis, Alice Walker, Ayanna Pressley, Michael Moore and many more! RSVP here to receive the zoom link

It's finally here: the Inauguration of President-elect Joe Biden. We can't hold signs and march in Washington D.C. together this year, but we can make sure the Biden Administration knows we won't stop advocating for peace! RSVP here to receive our social media toolkit for Inauguration Day so we can make our voices heard!

We're challenging the incoming Biden Administration to address our 10 points for peace on day one. RSVP to receive our social media toolkit so on Inauguration day we can raise up our demands and hold up our "virtual signs" together! 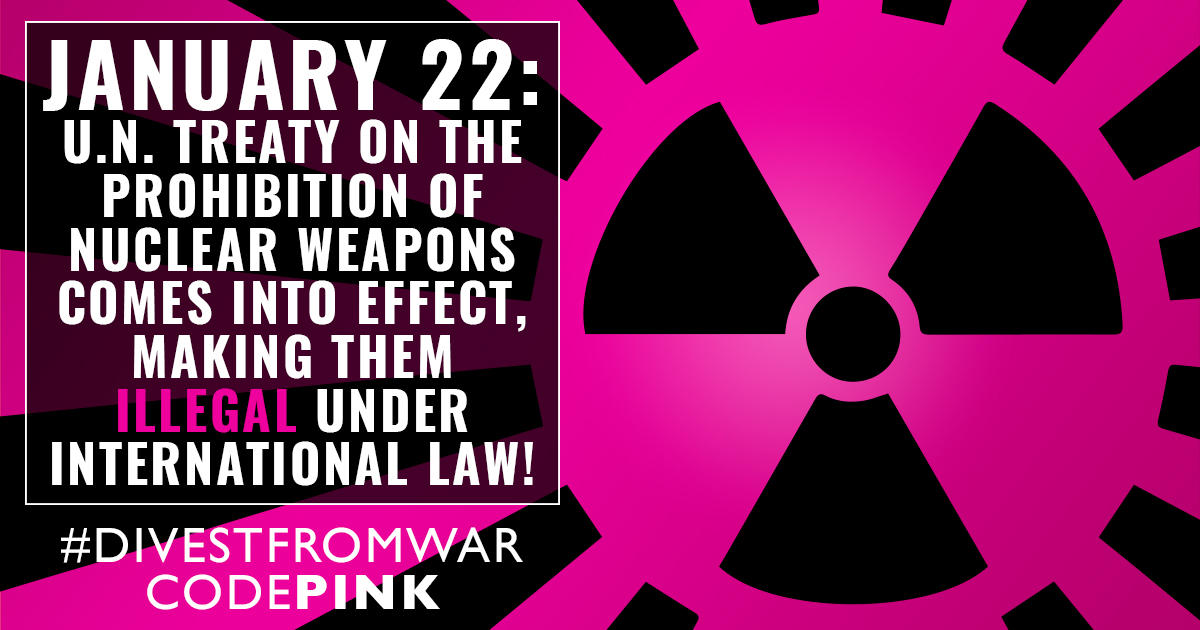 From this day forward, nuclear weapons will be illegal under international law. Join the celebration. Organize a COVID safe action or find an action in your community. Bring our CODEPINK message of No Nukes or No War on Yemen. If you don’t see your city listed and need support organizing a CODEPINK action email [email protected]. 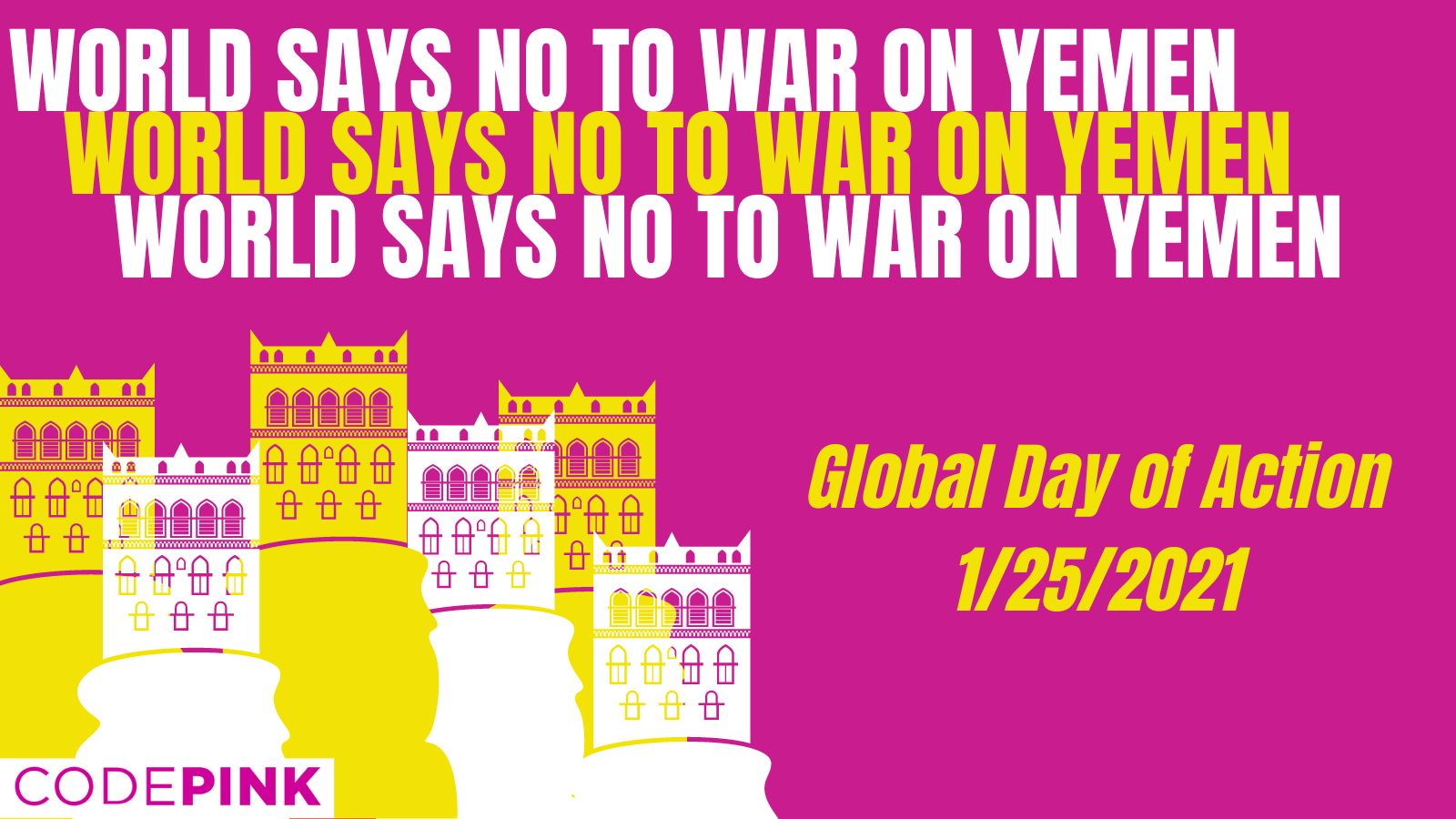 January 25: The World Says No to War on Yemen.

On January 25, 2021, 200 organizations around the world are calling on people to have online or COVID safe in-person actions for Yemen. Take action for Yemen on January 25th and make sure governments around the world hear loud and clear: the world is saying NO to the war on Yemen! Contact [email protected] for more information or Sign up to take action.