World Says No to War On Yemen Chicago

World Says No to War on Yemen! 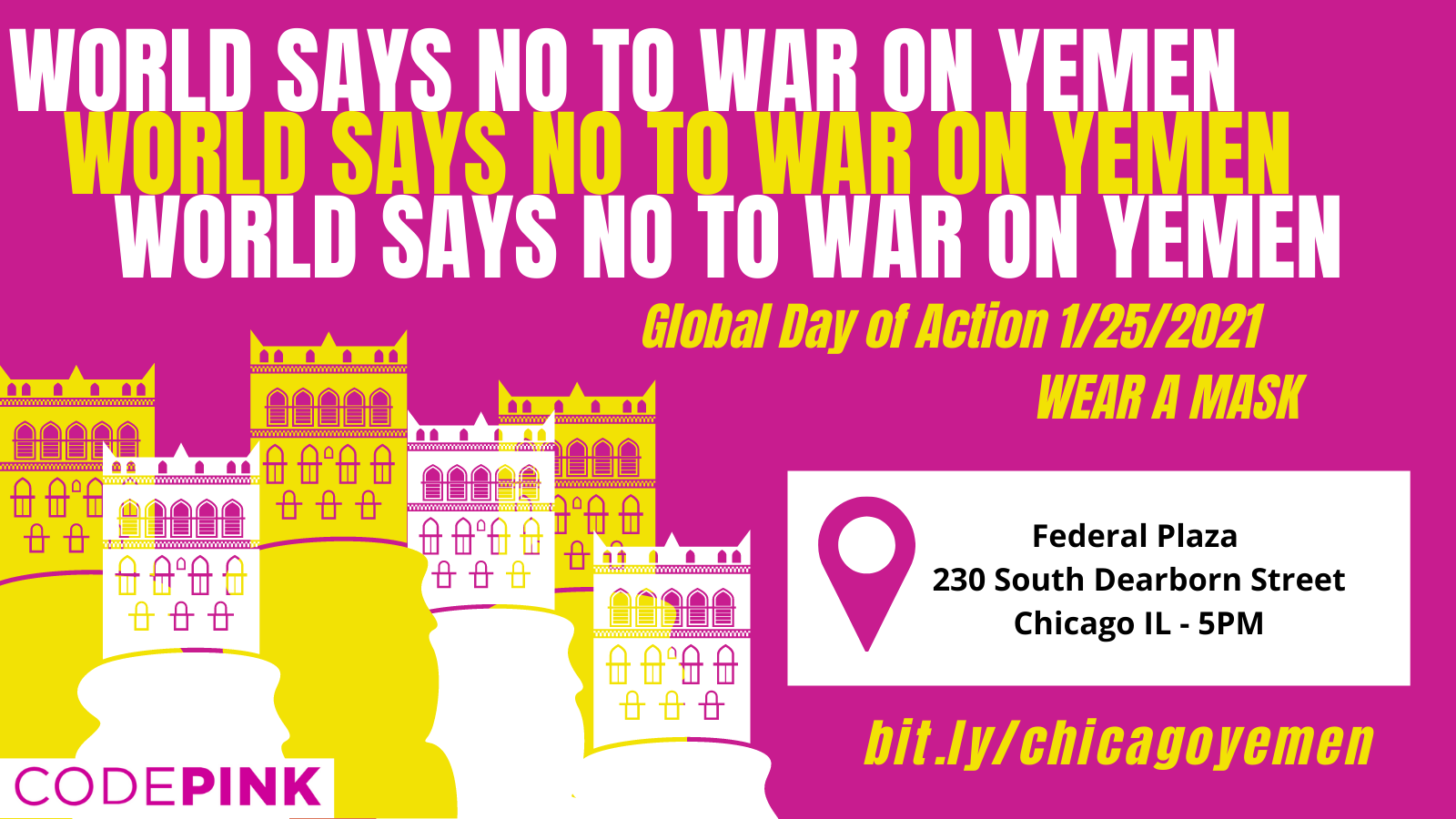 CODEPINK is joining Chicago Area Peace Action, Chicago Coalition Against War and Racism, SJP Chicago, and CAPA DePaul at Federal Plaza at 5 PM on January 25th. We will wear masks and social distance. Make sure to dress warmly and bring your loud voices. We will hear from a few speakers and make our demands clear: Restore all humanitarian and food aid to Yemen, including USAID that was cut by President Trump at the beginning of the pandemic