Pump the Brakes. Call on Lewis Hamilton to Boycott the Race in Saudi Arabia 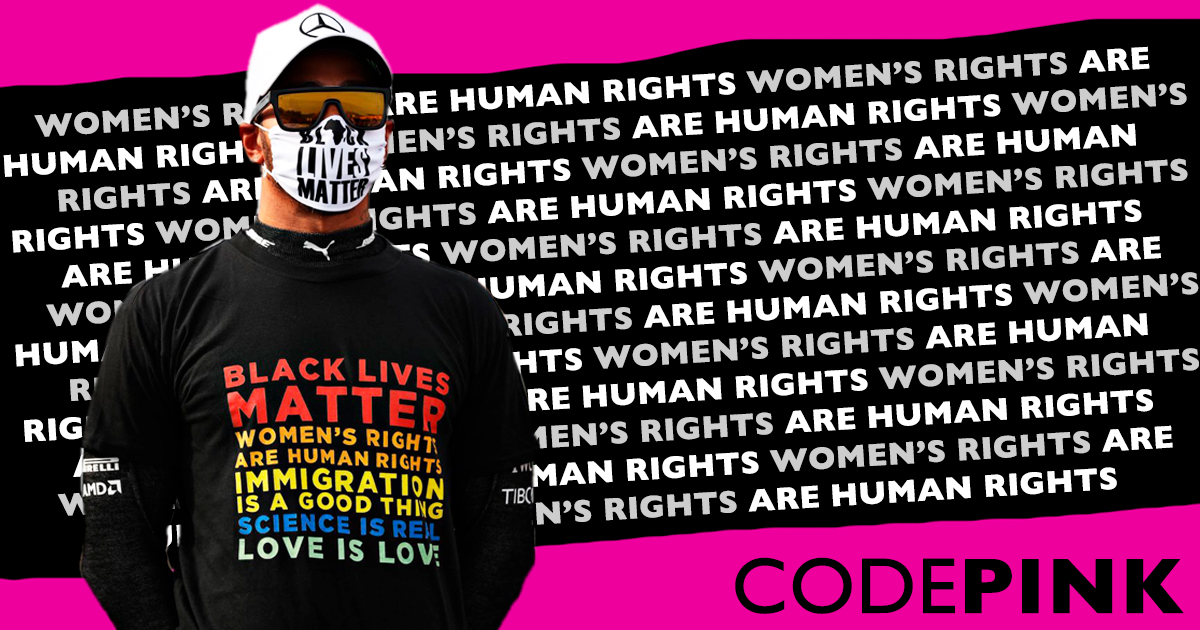 Like golf, I don’t know a ton about Formula 1 racing. But, when I heard Formula 1 would be having a race in Saudi Arabia, I had to look into it. Lewis Hamilton, the most successful F1 driver in the history of the sport, is actually a really cool guy with awesome politics. Formula 1 isn’t typically a healthy environment to talk about “politics” or “justice,” but Lewis Hamilton has done a lot to bring diversity and issues around Black Lives Matter into the culture of F1.

Hamilton recently said in a victory speech that as a sport, Formula 1 cannot “ignore the human rights issues” in the countries races take place. So, we think he is a likely candidate to boycott the race in Saudi Arabia, or at least call out Saudi leaders about their human rights record. Will you sign the petition to Lewis Hamilton asking him to boycott the race?

We wrote to Hamilton’s team offering to meet with him to outline the human rights violations carried out by the Saudi government in response to his claim that he didn’t “know enough” about Saudi Arabia. We mentioned the imprisonment of women’s rights activist Loujain al Hathloul and Mohammed bin Salman’s brutal war on Yemen. We think with some pressure from CODEPINKers and F1 fans, Hamilton will take our meeting and either drop out of the race or make a statement to bring human rights concerns to the forefront of the conversation.

We commend Hamilton’s bravery in speaking out against police brutality. We commend him for speaking out for women’s and LGBTQ rights. We hope that he will make the right decision and educate himself and others about what Saudi Arabia’s leaders are doing to their own people and the Yemeni people. Join us and call on Lewis Hamilton to make a statement at the Formula 1 race in Saudi Arabia.

P.S. CODEPINK and Yemen Relief and Reconstruction Foundation are starting a Yemen Cultural Series called “Beyond the War”. Tune in on December 17th for a discussion on Yemeni Futurism with Yemeni-Bosnian-US artist Alia Ali. RSVP here.