Thank You Letter to Lewis Hamilton 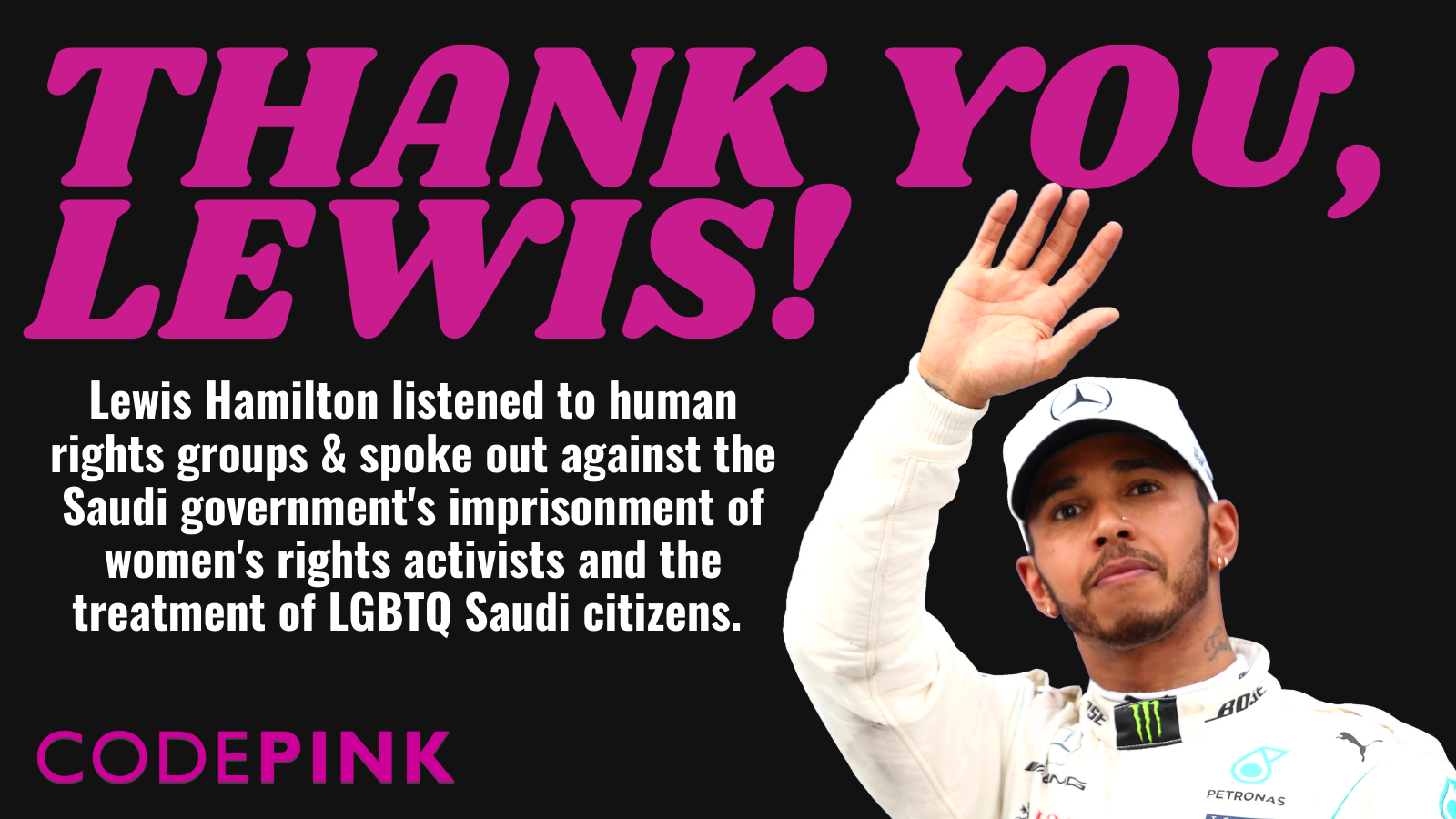 After a year-long CODEPINK campaign that consisted of petitions and letters from dozens of human rights organizations, Lewis Hamilton spoke out at the Saudi Grand Prix. Lewis called out the treatment of LGBTQ people in the Kingdom as well as the imprisonment of women's rights activists. Sign our letter thanking Lewis Hamilton for not letting the Saudi government sportwash their crimes!

We want to thank you for the comments you made ahead of and at the Saudi Grand Prix last weekend and congratulate you on your win.

Activists called on you asking you to make a statement about human rights abuses in the Kingdom when you travelled there. Not only did you call attention to the treatment of LGBTQ people in the Kingdom, but you also called out the imprisonment of women's rights activists.

You have exhibited immense bravery in standing up for Black Lives Matter and other issues in a sport where it has not been common to do so. We commend your efforts to raise awareness for injustices around the world. Thank you for using your platform in a way that calls for accountability within the sport.

From anti-war and human rights activists all over the world, thank you.