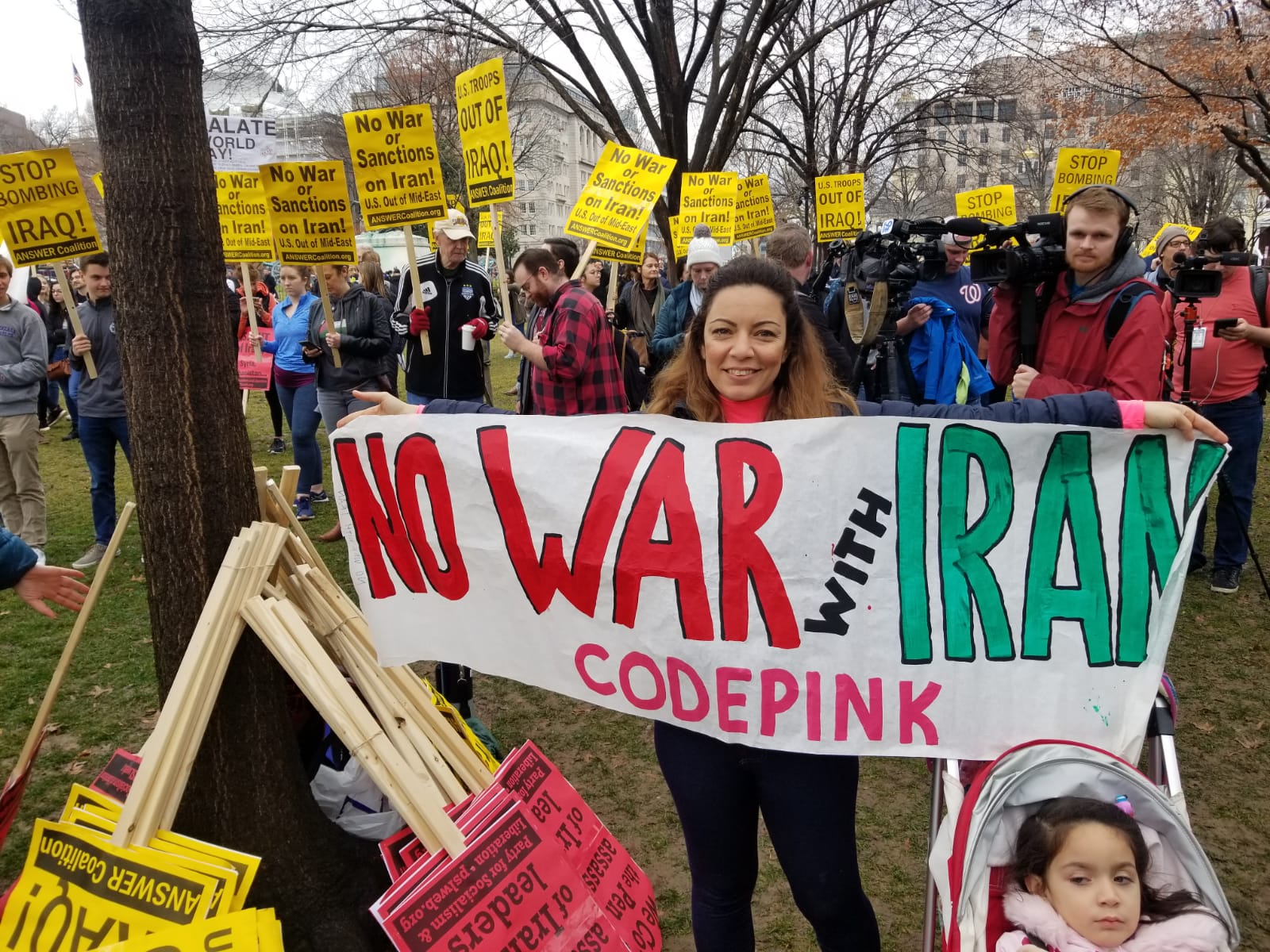 What: Protest Trump’s War With Iran in DC

When: Wednesday, January 8, 3pm on

People who are disgusted by this Trump-provoked war with Iran will gather at the White House on Wednesday, 3pm to show their disgust and call for the Trump administration to STOP THIS MADNESS. “The American people don’t want to go to war. We are outraged, heartbroken and determined to stop the madman in the White House from dragging us into a catastrophic war with Iran,” says Medea Benjamin of CODEPINK and author of the book Inside Iran.

There will be an open mic where all can speak their mind, and lots of banners and other visuals.