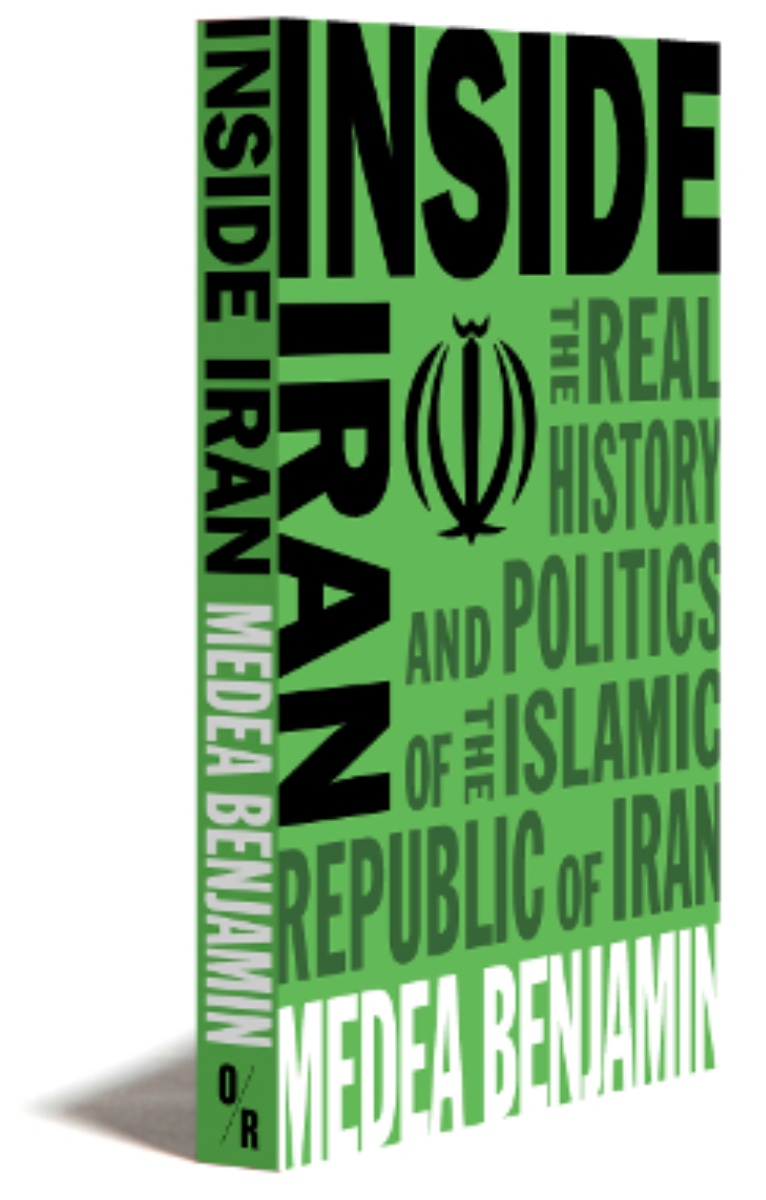 Check out Medea Benjamin’s latest book Inside Iran: The Real History of the Islamic Republic of Iran. Get your copy here!

In 1979, the Iranian Revolution brought a Shia theocracy to the 80 million inhabitants of the Middle East’s second largest country. In the decades since, bitter relations have persisted between the U.S. and Iran. Yet how is it that Iran has become the primary target of American antagonism, when Saudi Arabia, a regime that is even more repressive, remains one of America’s closest allies? In the first general-audience book on the subject, Medea Benjamin elucidates the mystery behind this complex relationship, recounting Iran’s history from the pre-colonial period, through the CIA-engineered coup that overthrew the country’s democratic leadership in 1953, to its emergence as the one nation Democrats and Republicans alike regularly unite in denouncing. Benjamin draws upon her firsthand experiences with Iranian politicians, activists, and everyday citizens to provide a deeper understanding of the complexities of Iranian society and the nation’s role in the region. Tackling the contradictions in Iran’s system of government, its religiosity, and its citizens’ way of life, Inside Iran makes short work of the inflammatory rhetoric surrounding U.S.-Iranian relations, and presents a realistic and hopeful case for the two nations’ future.

Medea is traveling around the US (and the world!) with her book. If you're interested in bringing her to your community, or scheduling a press interview email [email protected].