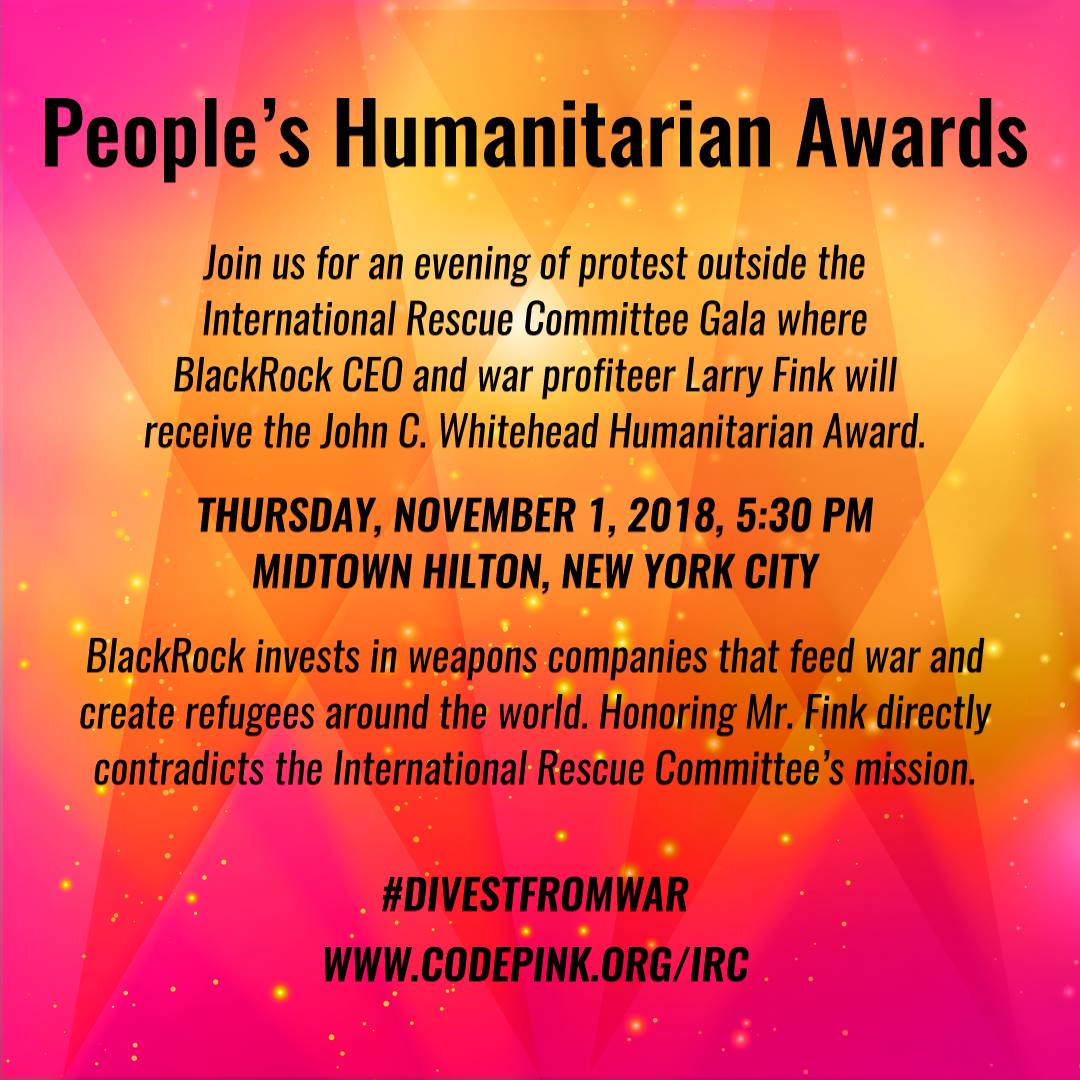 WHERE: outside the New York Hilton Midtown | 1335 Avenue of the Americas

The International Rescue Committee (IRC), known for its ongoing work to support migrants and refugees in conflict regions across the globe, is honoring BlackRock CEO Larry Fink with the John C. Whitehead Humanitarian Award at its annual "Rescue Dinner" gala – even though Fink and his investors reap huge profits from war and weapons.

Larry Fink has stated that he would hold companies accountable for being responsible corporate citizens. His comments made waves in the business world. However, under his watch, BlackRock maintains significant stakes in weapons companies around the world. The products made by weapons manufacturers create refugees and internally displaced persons. They do not promote a just and compassionate world, which is why representatives and allies of the anti-war movement, including CODEPINK, World Beyond War, Veterans for Peace will protest against the humanitarian award for BlackRock CEO Larry Fink.

Because Larry Fink continues to profit from war, weapons, and violence, the coalition of groups have asked the IRC numerous times to reconsider honoring him with a humanitarian award. “The two leading contributors to the current global refugee crisis are climate change and war,” states Nancy Mancias, CODEPINK campaign organizer. “Rewarding Mr. Fink’s profits from weapons and violence while you seek to assist the people impacted by these wars undermines the valuable work that IRC is doing around the world.”