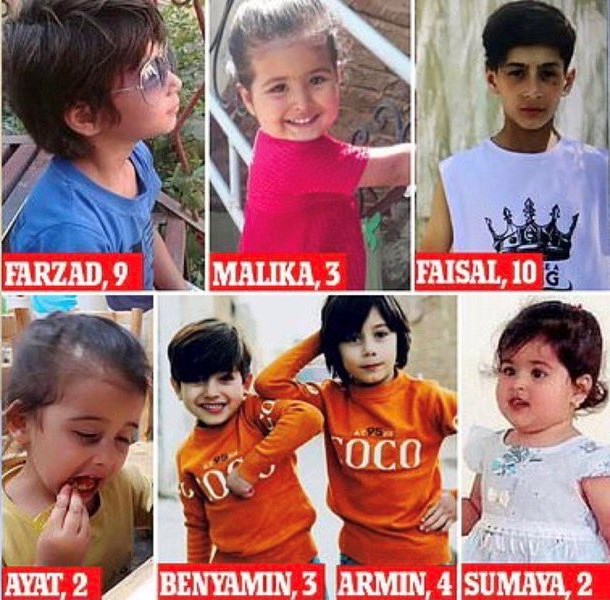 On August 29, 10 members of the Ahmadi family, seven of them children, were killed by a U.S. drone strike in Kabul, Afghanistan.

How was the Pentagon held accountable for this horrific crime?

They weren’t. The Pentagon investigated itself for killing 10 innocent civilians and found no negligence and no need for disciplinary action.

This cannot stand. The Ahmadi family and all innocent civilians who have been killed by U.S. drone strikes need justice.

Friends, Call on Congress to conduct a thorough and independent investigation into this horrific crime.

Mainstream media has been reporting that a “watchdog” has concluded an “independent” investigation that the Pentagon did nothing wrong in a drone strike that killed 10 innocent civilians. What they fail to mention is that this “watchdog” was Air Force Lt. Gen. Sami Said. That’s not an independent investigation--the US Air Force is a branch of the U.S. Military!

Of course, an independent investigation into the drone attack on August 29, 2021 should be just the first step towards dismantling the U.S. drone program in its entirety. Whistleblower Daniel Hale was sent to Federal prison in July for releasing government documents that addressed the same faulty intelligence and other problems inherent to the U.S. drone program that led to the August 29th attack.

Friends, Call on Congress to conduct an investigation into this horrific crime that was carried out in our names.

The public deserves to know what the U.S. military is doing around the world—and we have to be able to hold our military accountable. A truly independent investigation could help bring justice to the Ahmadi family and shed light on U.S. drone strikes that kill innocent people, violate international law and make us—and the world—less safe.

Towards a drone free world,

P.S- Find out more ways to can support Drone Whistleblower Daniel Hale who was sent to Federal prison for exposing similar crimes here.