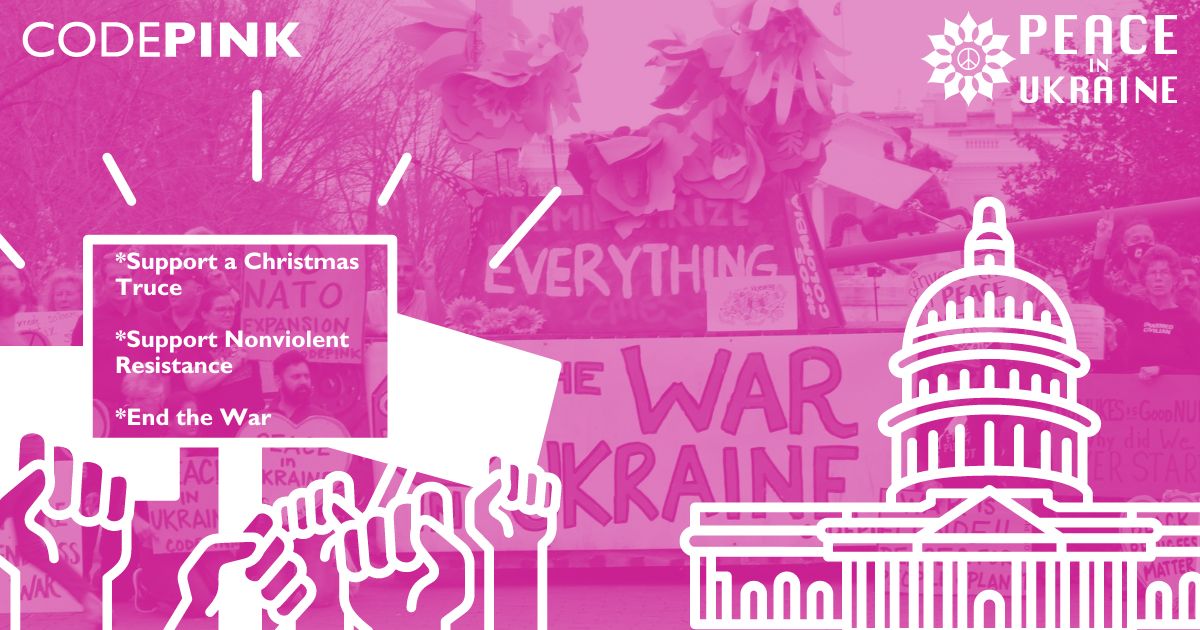 WASHINGTON D.C. Leaders of national faith-based and peace advocacy organizations will gather today at the Capitol as a response to President Zelensky’s visit to the U.S. today. We stand in solidarity with the Ukrainian people and all those suffering from this catastrophic war, including those in Russia, Africa, and elsewhere. As supporters of human security and a just peace, we urge the U.S. and President Zelensky to engage in diplomatic negotiations rooted in the human needs of the stakeholders and oriented by a vision of just peace. Engaging diplomacy does not pre-determine the outcomes of the negotiations, however, failing to engage diplomacy does pre-determine that the war and destruction will go on.

There are millions of refugees, and millions of internally displaced persons in Ukraine as well as tens of thousands of civilians and soldiers killed, not to mention hundreds of children killed and generational trauma instigated across the country as well as in Russia. The ecological damage is also unfathomable. As one human family rooted in empathy, we must end the war and the killing. A Christmas Truce would be one potential step on this path.

We encourage financial, diplomatic, training, and strategic support for the courageous nonviolent resistors in Ukraine as well as in Russia. After recent in person gatherings in Ukraine, these Ukrainian organizers have directly asked for such support by their own government and the U.S.