No, no, no, JLo don’t go to apartheid Israel! 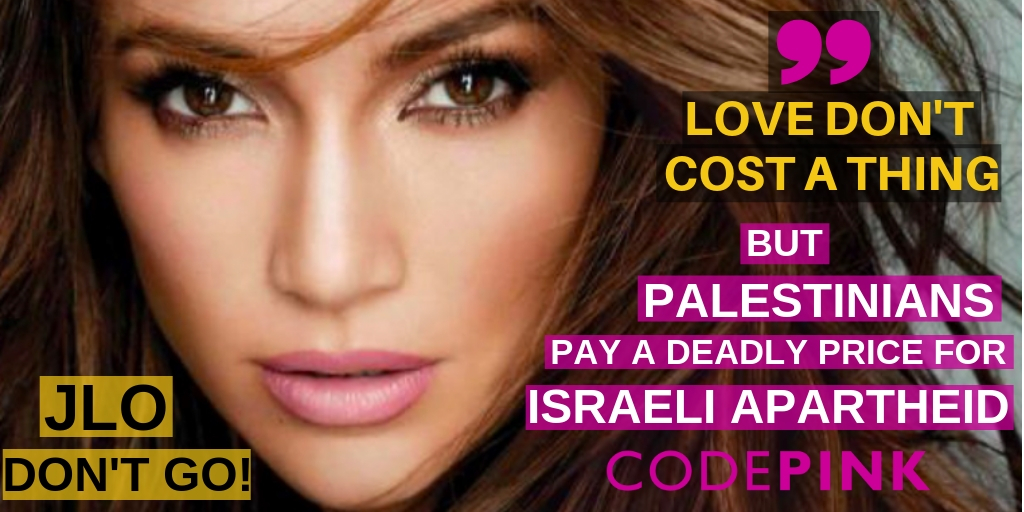 Will you add your name to our letter to JLo explaining the checkpoints, home demolitions, water inequality, military court system and other crimes imposed on Palestinians and introducing the nonviolent BDS movement to pressure Israel to end its occupation and ensure equal rights for all?

Jennifer Lopez is no stranger to human rights work. She has partnered with Amnesty International and runs her own social justice foundation, The Lopez Foundation, to promote the health and well-being of women and children in underserved communities. But does JLo know the dire effect Israel’s siege has on Palestinian women and children in Gaza? Hospitals operate without sufficient electricity or medicine and Israel frequently denies patients permission to travel outside the strip/open-air prison for needed medical treatment.

Thanks to our appeals, last year singers Lorde and Lana Del Rey both cancelled their concerts after learning the details of Israel’s crimes. Actress Natalie Portman was so disgusted that Israel shot unarmed protestors that she declined to accept an award she was scheduled to receive in Jerusalem. Join us in asking JLo to follow in the footsteps of Natalie, Lorde, and Lana. Sign our letter telling her to cancel her August 2019 performance in Tel Aviv. 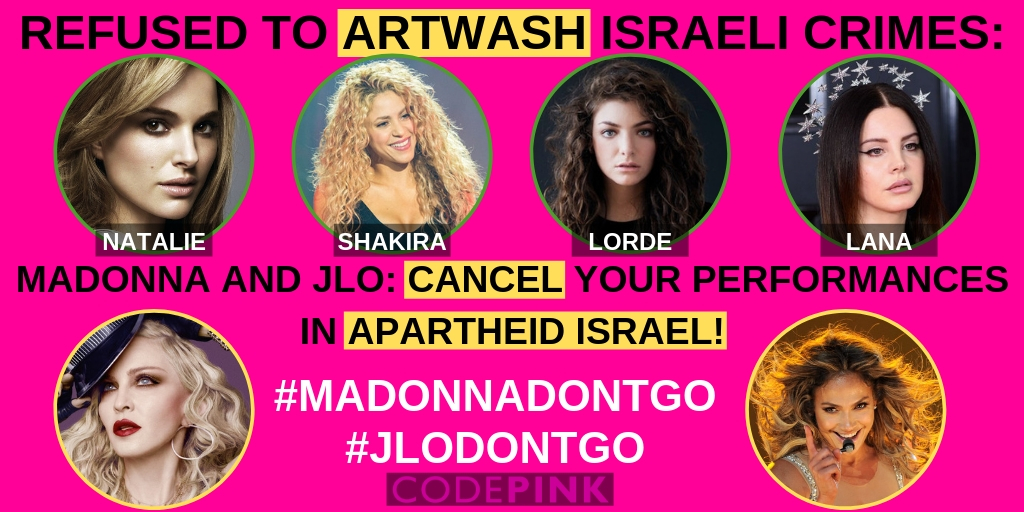 Israeli bombings in Gaza have destroyed water treatment facilities. Sewage flows out into the sea untreated and has contaminated the water making 97% of water in Gaza unfit for human consumption. In the West Bank, the apartheid wall, checkpoints, and closed military zones prevent farmers from reaching their lands. Today, on Earth Day, let’s appeal to JLo to help draw attention to this suffering by canceling her concert.

In solidarity with the earth and all those on it who seek peace and freedom,
Ariel and Ursula and the entire CODEPINK team: Ann, Carley, Caroline, Jodie, Kelly, Kirsten, Lily, Maya, Mark, Medea, Nancy, Paki, Ryan, Sarah, Tighe, and Zena