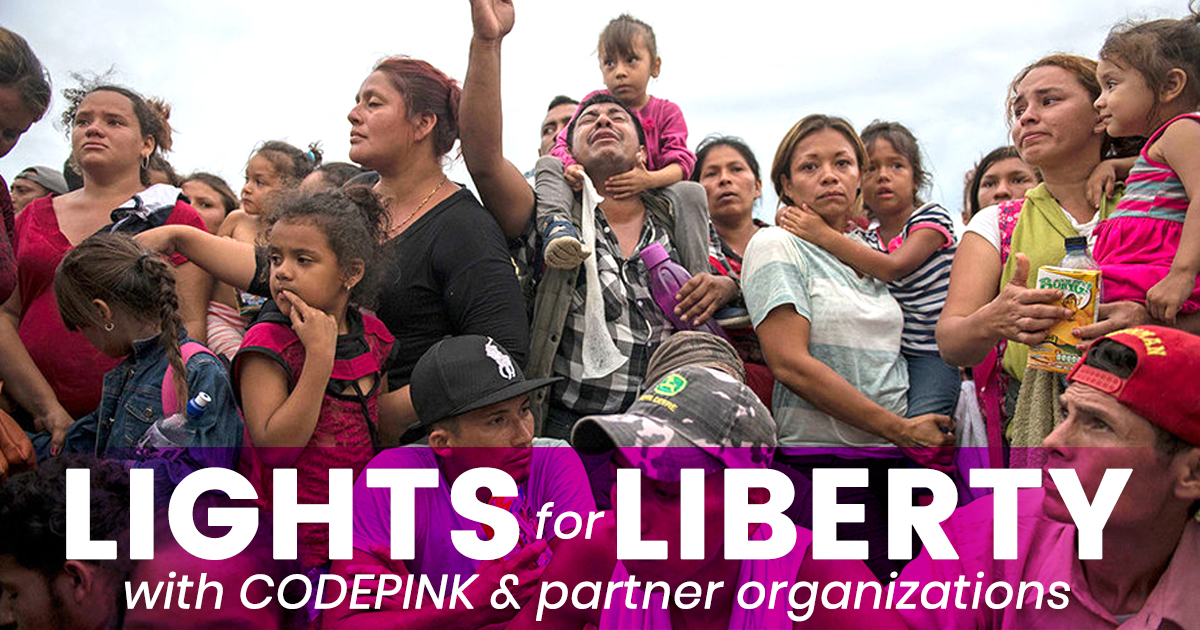 CODEPINK is co-sponsoring Lights for Liberty, an international evening of action calling for the closure of filthy, overcrowded DHS migrant detention camps that subject asylum seekers to treatment so inhumane it has drawn the ire of the United Nations. More than 600 events are being planned worldwide. Below are the cities where CODEPINK staff and volunteers are attending vigils — if you live nearby, please join us and RSVP below!

Here is a list of cities across the country where Lights for Liberty Vigils are happening — if you’re interested in attending a vigil near you on behalf of CODEPINK, you can email Carley and she will be in touch to provide materials and support for the event!