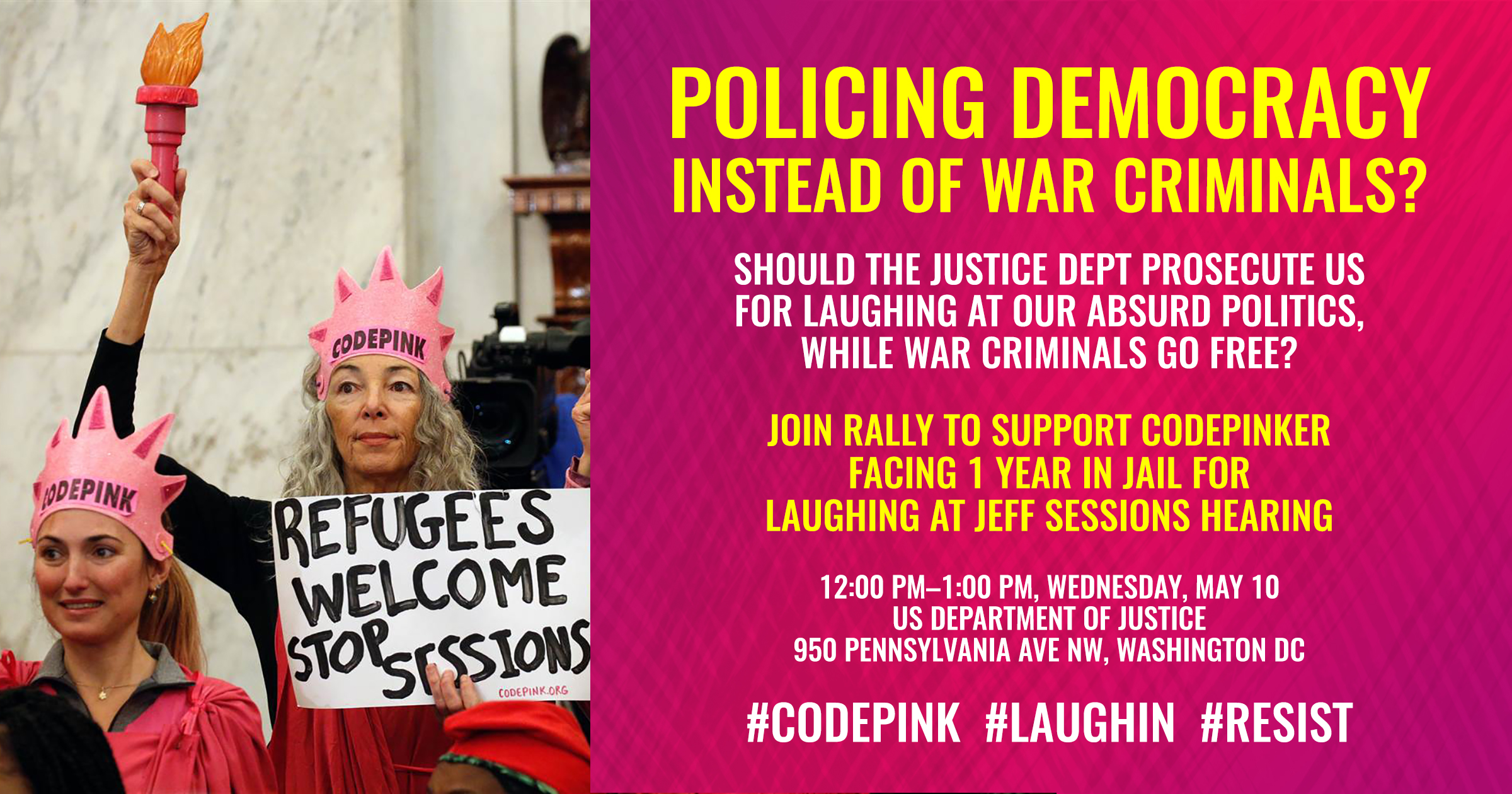 Activists will use creativity and humor for a laugh-in protesting the conviction of CODEPINK children’s librarian Desiree Fairooz, along with Tighe Barry, and Lenny Bianchi, in front of the Justice Department. On May 3rd, all three were found guilty of disorderly conduct by a D.C court for their actions at the confirmation hearing of Jeff Sessions on January 10th.

Fairooz is now facing up to a year in jail for spontaneously laughing upon hearing Senator Richard Shelby (R-AL) say that Sessions’ history of “treating all Americans equally under the law is clear and well-documented.” It is not a laughing matter to stifle free speech. Fairooz’ conviction has received press attention around the world, including a piece on Stephen Colbert’s comedy show.

“I was convicted for laughing but Jeff Sessions appointment as attorney general is the real joke. It makes a mockery of the most powerful law enforcement position in the country,” said Desiree Fairooz. “We must remember he is a man who professes anti-immigrant, anti-LGBT policies, a man who has voted against several civil rights measures, a man who is against the Violence Against Women Act of 2013, and a man who jokes about the white supremacist terrorist group the Ku Klux Klan. A man with such values does not deserve to be our Attorney General.”

The rally will include a fake Attorney General Sessions making pronouncements that will make the crowd laugh, as well as serious talks by individuals representing sectors of the population being treated unfairly by his Justice Department. Sponsoring groups include CODEPINK, Justice First, Plymouth Congregational United Church of Christ, Immigrant Legal Resource Center, and the Bill of Rights Defense Committee and Defending Dissent Foundation.