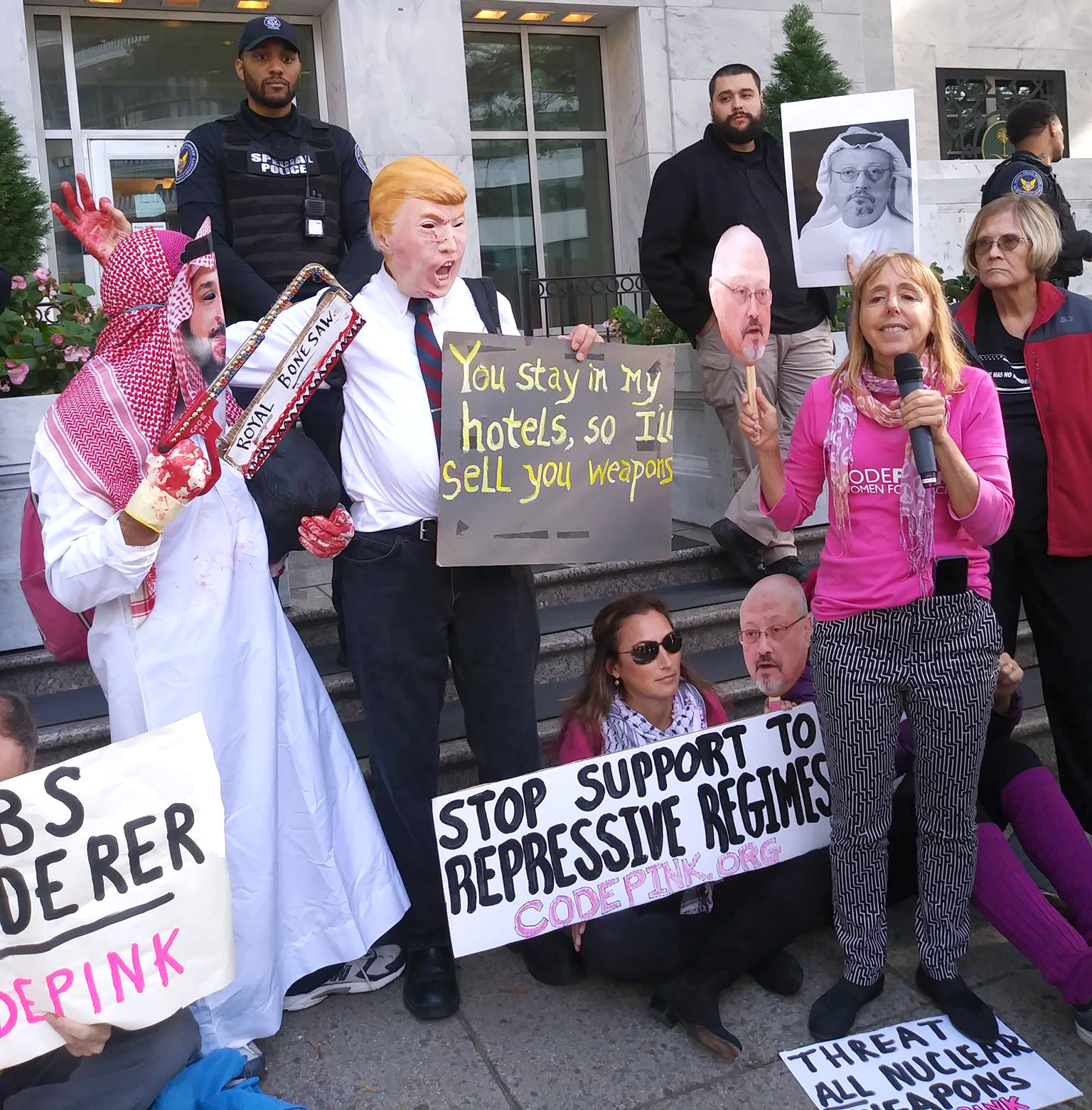 Washington DC:  Activists will gather at the Hart building in the Senate and then march to the offices of Senators who have voted for arms sales to Saudis in the past, calling on them to commit to changing their votes. In light of the horrific murder of Jamal Khashoggi and the continuing Saudi devastation in Yemen, the activists say now is the time for Congress to take a stand. They will visit the offices of 5 Democrats and 5 Republicans. The Democrats are Sens. Bill Nelson, Claire McCaskill, Joe Manchin, Joe Donnelly and Mark Warner. The Republicans are Ted Cruz, Bob Corker, Marco Rubio, Jim Risch and Rob Portman.

“Every member of Congress should be expressing outrage at the barbarous murder of Jamal Khashoggi and demanding appropriate responses, including cutting weapons sales,” said Medea Benjamin CODEPINK cofounder and author of “Kingdom of the Unjust: Behind the US Saudi Connection.”

“No country that murders journalists and is bombing civilians every day in Yemen should receive US weapons,” says retired Army Colonel Ann Wright.

Activists will bring photos of Khashoggi and other visuals.