Check out our activities for the Week of January 8, 2023 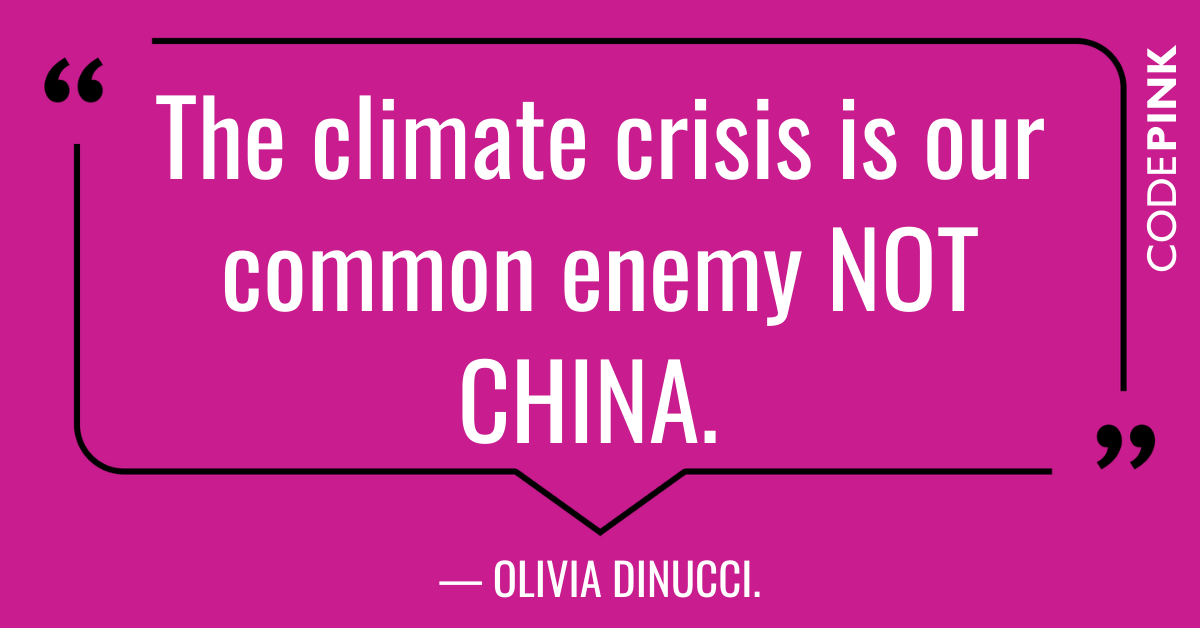 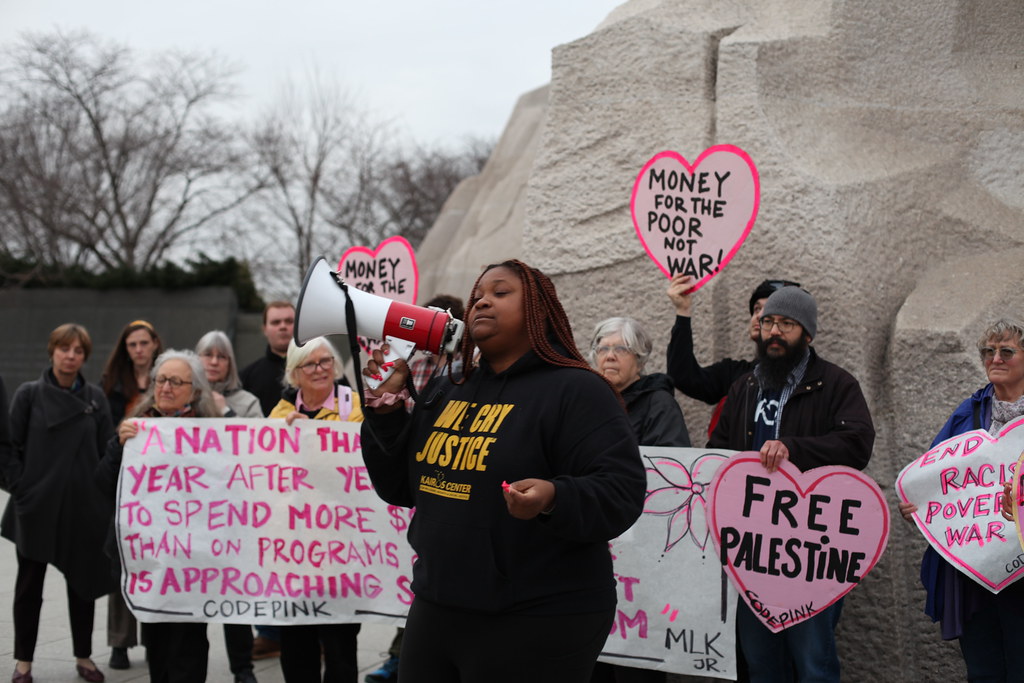 CODEPINK, DC Poor Peoples Campaign, Claudia Jones School, Black Alliance for Peace, Fellowship of Reconciliation, Muslim Counterpublics Lab, and MD to Palestine in a call to end MLK's three evils and remember those lost by them: racism, poverty, and war. 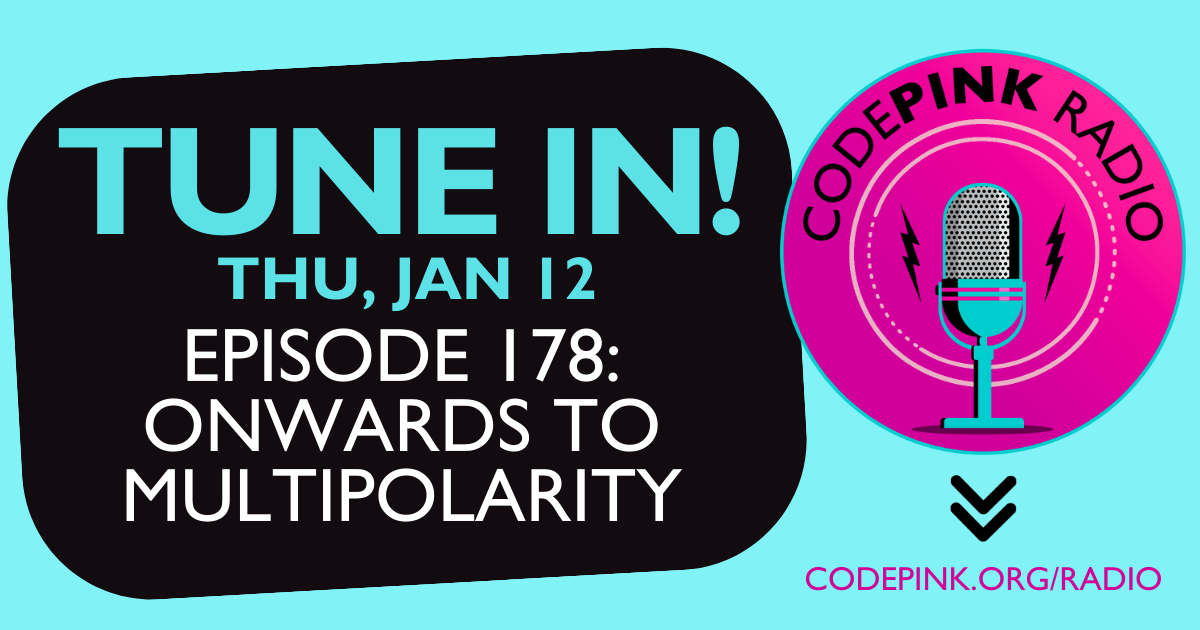 Episode 178: Onwards to Multipolarity: From our unipolar world under US hegemony, transition to multipolarity is inevitable and ensures the greatest chance for peace. In this episode, we are hearing about the US Africa Command (AFRICOM) from Sylvie Ndongmo, Bro. Imani Umoja, Dr. Gnaka Lagoke, and Col. Ann Wright. From there, we stand in solidarity with people in Africa, in Guam, and from everywhere in the world whose lives are affected by US militarism.

"WAR IS NOT A GAME" - Disrupting Taiwan "Wargame" Panel in DC

Inside China 2023: A Conversation With Tings Chak

WTF is Going on in Latin America & the Caribbean: North America's Trilateral Summit

“The weapons manufacturers make a killing off of killing, while people starve here and all across the world. Shame! The climate crisis is our common enemy, not China!"
- Our organizer Olivia today in DC at a panel preparing for war with China#ChinaIsNotOurEnemy #WarIsNotGreen pic.twitter.com/QNN8hgGK0E

Today is the 21st anniversary of the opening of the detention camp at Guantanamo Bay, where about 30 Muslim men, many cleared for release, are still caged to this day.

We were out across the country demanding Biden #CloseGuantanamo, and we'll keep fighting until it's gone. pic.twitter.com/Bn2bT3lQvt