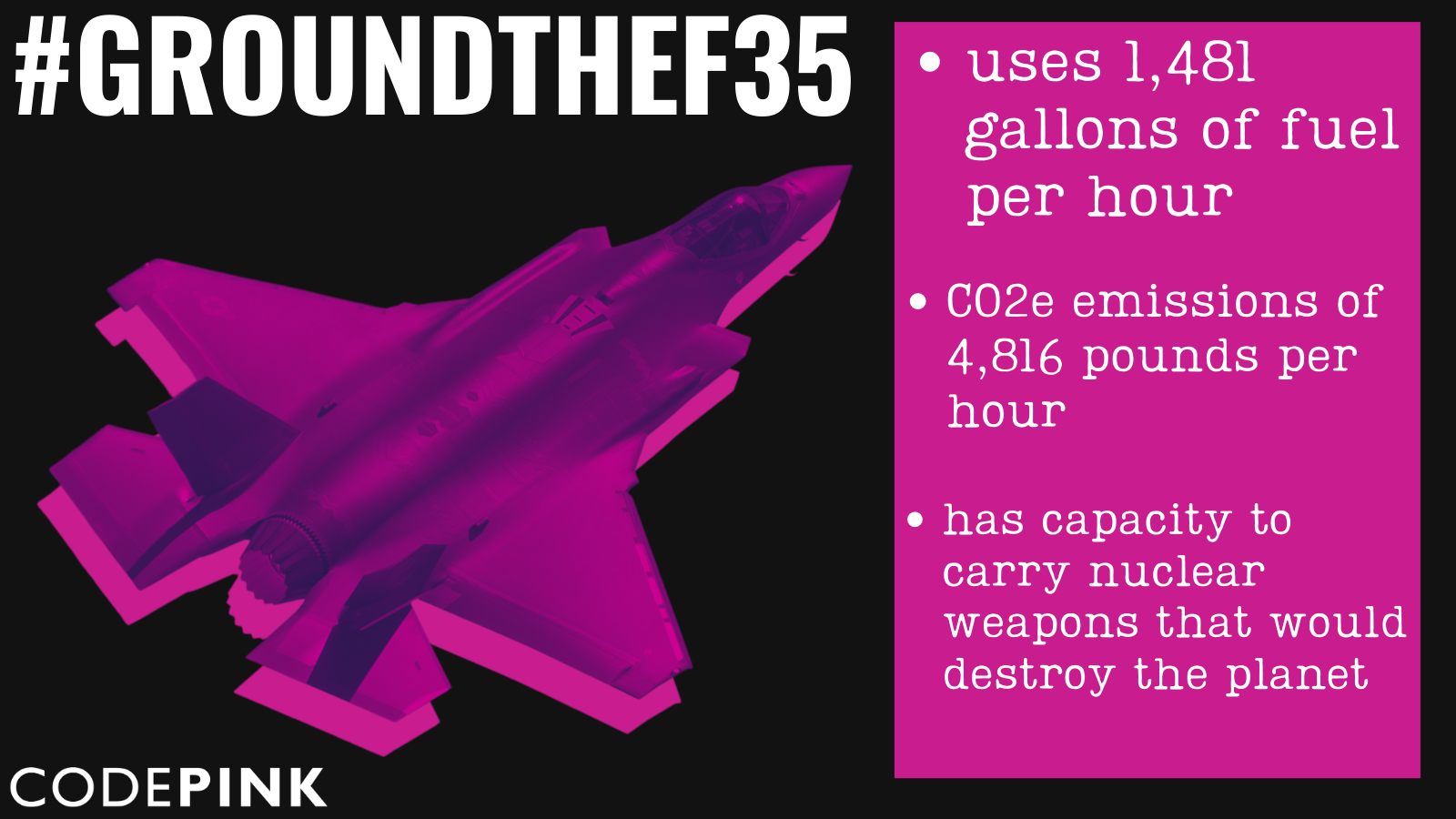 The Pentagon just suspended F-35 fighter jet engine deliveries pending an investigation into an F-35 crash where the pilot was ejected from the plane and transported to the hospital. The halt in production will put another stain on the F-35 program's reputation and slow some of the excessive emissions these new planes would produce.

Help us tell Congress to #GroundtheF35 once and for all!

The F-35 crash in Texas only solidifies what we at CODEPINK and our global coalition against the F-35 have been saying: the F-35 is a total waste of resources and the program needs to be cancelled. Not only is it a waste of money, it's killing the planet!

We primarily stand firmly against the F-35 as a weapon of war. The warplane also spells a complete disaster for the environment, using around 1,481 gallons of fuel per hour! The F-35 program is 9 years behind schedule and now the program has experienced another set back with the engine delivery suspension. Programs that protect people, like investing into a Green New Deal never see the light of day, while the F-35 program has cost U.S. taxpayers $1.7 trillion

Tell Congress the F-35 is killing people, the planet, and our pocketbooks!

So why are we targeting Congress? And why right now? In the spring, President Biden will announce his defense budget proposal, which includes the F-35 funding request. Last year, his request for F-35s was lower than it was supposed to be, which was a huge win! We hope that hearing from Members of Congress about cancelling the F-35 program will prompt him to lower his request for F-35s even more next year.

Take action now and write to your members of Congress about defunding the F-35 program!

Towards Peace,
Danaka, Teddy, Jodie, and the whole CODEPINK team.